Less of me and more of YOU, God.

“A.D.” is set to premiere on NBC on Easter Sunday, which is April 5, 2015. This is a 12-part mini-series that re-enacts the New Testament in incredible fashion. Actress and producer, Roma Downey and her husband, Mark Burnett have worked together in creating this follow-up to the 2013 "The Bible" series. Among other things, the production experience alone has profoundly deepened the couple’s Christian faith. 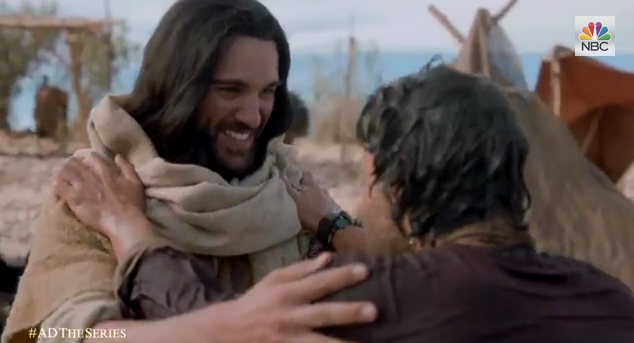 Downey, who attended the National Religious Broadcasters (NRB) convention in Nashville, Tennessee this week, expressed her excitement over the series’ premiere Easter Sunday on NBC.

“We love the Lord, we love what we do — and we love each other,” she said. ” So to get to work on this material and tell this story of the early church is both a joy and a privilege.”

Downey said that they are hoping viewers will be inspired by the series, which tells the biblical story of Christianity’s origins and its early days.

“‘A.D.’ deals with the story as revealed to us in the Book of Acts. These were tough times for the remaining disciples, dark and dangerous days and the threat from Rome was very real,” Downey said. “‘A.D.’ is an exciting, action-packed series that is filled with twists and turns and drama and emotion.”

The series will make viewers feel as though they have “stepped back in time” and are walking in the disciples’ footsteps, Downey promised.

“We wanted to make sure all the characters have a humanity to them. So, when we meet Peter and Paul and Mary Magdalene and John or Pilate and Caiaphas …. we meet them as real people,” she said. “Our job was to keep it real and relatable, honest and hopeful — and true.”

The couple has worked very closely with pastors and scholars to ensure the story's accuracy. They believe that "A.D." will generate conversations among many and will ultimately lead people to the Book of Acts. Again, with a deeper hope and purpose of bringing viewers closer to God.

The couple weaved the biblical events into an “imagined narrative” that is based upon the events depicted in the Bible.

“We start with the crucifixion and resurrection, and what follows is the epic tale of ‘A.D.,’ chronicling several of the most intense decades in history,” Downey said. “A time filled with enormous faith, persecution, political intrigue, brutal Roman oppression and the desperate Jewish revolt — a time when history would be changed forever.” 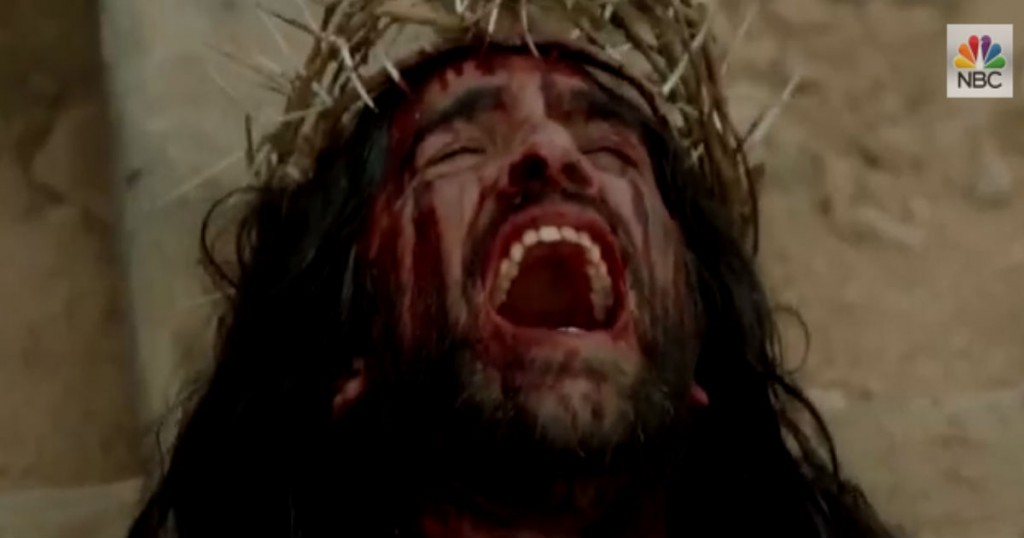 As for her own faith, Downey said that the series taught her quite a bit, especially when it comes to God’s purpose for her life.

“Our friend Rick Warren has always told us the most dangerous prayer you can pray is, ‘Lord use me’ … because he might just answer you!” she said. “Then, you have to be ready to do the work. This has been my prayer every day for years, since my early ‘Touched By an Angel’ days when I prayed for the holy spirit to use me. My prayer was, ‘Less of me and more of you.’”

Downey says she has continued to operate with this prayerful mindset ever since.

“The work is challenging, but rewarding, and it requires many hours away from home, often on distant locations,” Downey said. “But we have all been committed to making it the very best it can be.”

And while Burnett and Downey are not pastors, they want to use their film production gifts to tell the world “the good news about Jesus.” Among the themes included in “A.D.” is the Holy Spirit, one of the key theological constructs found in the New Testament.

“We know the Holy Spirit is mentioned by name over 50 times in the Book of Acts and we wanted to share with our audience the feeling of the supernatural,” she said. “Pentecost is brought to the screen with full-on special effects.”

Praise God that this couple has taken this stand in Hollywood, of all places. We ask that you bless their efforts and touch the lives of the actors and viewers alike. May Your will be done as this series stands firm against the evil that is attacking our nation and our world.

Here is a powerful A.D. video by Grammy-Nominated artists, Newsboys!

Here is another A.D. preview!

Learn more about this series here!