This Man Thought He'd Die Inside of the World Trade Center on 9/11...But Prayer Changed Everything!

The Miraculous 9/11 Testimony of Sujo John 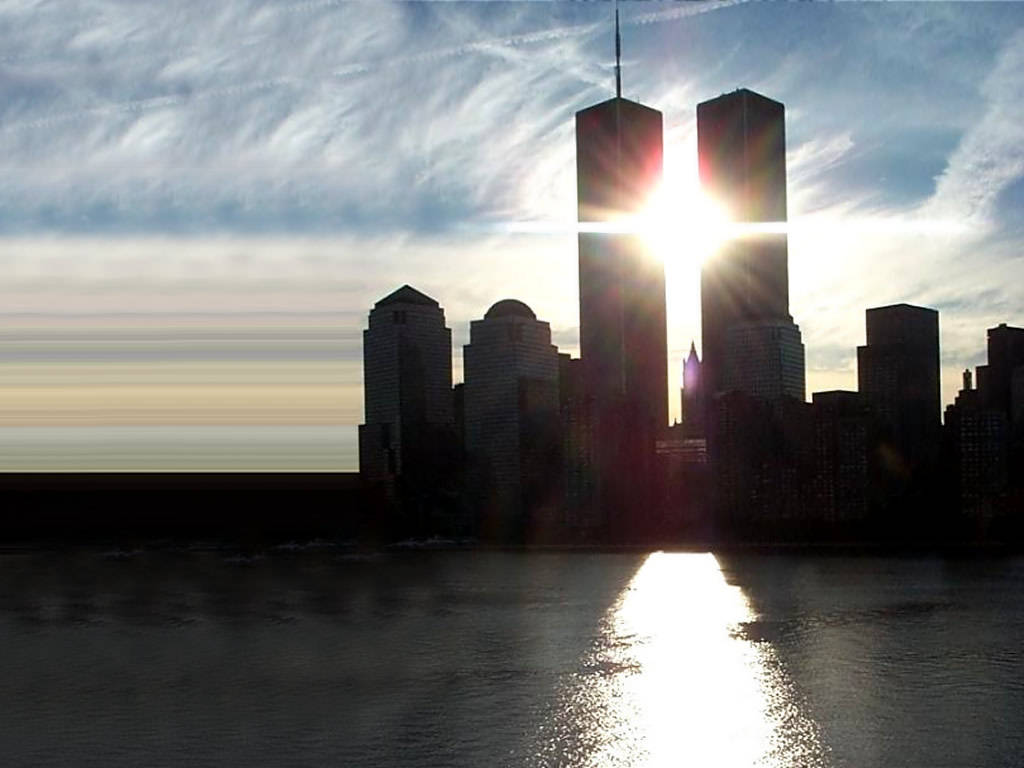 On Sept. 11, 2001, Sujo John was working in World Trade Center Tower 1 when American Airlines Flight 11 tore through his building.

After several hours, he managed to escape with his life. But for John, the terror of that day was not over yet. His wife's office was in the second World Trade Center tower.

John had barely begun his workday on the 81st floor when he heard a loud explosion.

As flames burst through the office, John and his co-workers quickly headed for the stairwell.

"I thought I would die," John said. "The building was swaying and we could feel the building tilting to the left, fighting our way through the fire making our way to the stairwell."

Fearing the worst for his pregnant wife Mary, John made frantic cell phone calls to her without success.

During his nearly one-hour descent from the 81st floor, another explosion rocked the building. John had no idea a second plane had just flown into Tower 2.

Unknown to him, Mary arrived at Tower 2 just moments after the second jet crashed into it. She was never allowed to enter the building.

Going Back in Time

When CBN News spoke with the couple at their new home in Dallas, it was one of the few times that Mary has shared what she went through that day.

"We were standing right beneath the buildings and I was trying to call him on my cell phone," she recalled. "I kept hitting the redial button, the cell phones weren't working."

"The call wouldn't go through," Mary continued. "And while I was still standing there the second plane came and struck the second building."

"I saw it. I was standing right under the buildings. I felt the heat and the debris falling all around me," she added.

Hysterical, Mary spent all of that morning calling out to God to protect her husband -- promising him something in return. 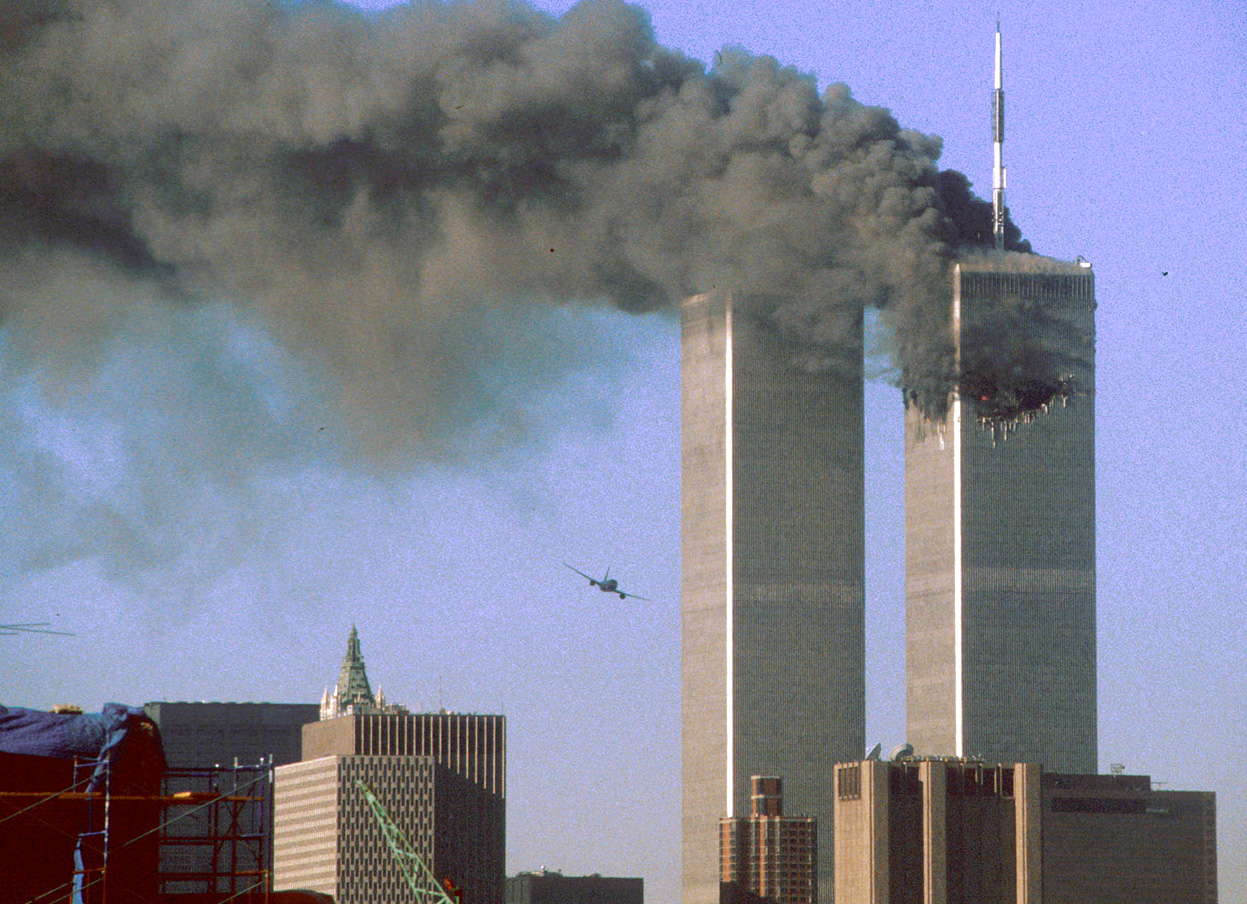 "One of my prayers was, 'Lord if you help him out of that building, by some chance he's able to make it out, then I'm ready to give up everything we have right now, our jobs, whatever else we have,'" she said. "'We'll go to a third world country, we'll serve you for the rest of our lives.'"

Mary didn't know the impact her prayer would have later on.

When John and thousands of others finally made it to the lowest level of Tower 1 across the mall that connected the two towers and through an exit in Tower 2 -- the nightmare was far from over.

In moments, Tower 2 began to collapse, forcing John to stand against the wall and huddle with about 20 other people.

In that moment John said he was prompted to do something that he'd never done before.

"I felt the Lord was saying, 'Where are these people that are huddled with you going?' And I started crying out 'Jesus!'" John recalled. "I wasn't sure what I was to expect... Almost immediately these people started [to call] upon the name of the Lord."

That experience caused John to realize something in a way he never had before.

"That experience showed me that people are ready for God," he said.

Meanwhile, surrounded in darkness, John thought he had been buried alive as he pulled himself up. However, those he had just stood with had perished.

Choking on ash and blinded by debris, a flashlight drew John to an FBI agent who was lying face down.

Miraculously, a flashing red light from a crushed ambulance directed the two men to safety. Covered with white soot, they walked out of the debris together saying the name of Jesus.

But John held out little hope or faith that Mary was still alive.

"I'm thinking for sure my wife is dead. How am I going to find her? What's happened? And it was just so overwhelming thinking about her, thinking that she's dead, the child she's carrying is dead," John told CBN News.

Then his cell phone rang.

"The first call that would come through that day," John added.

"I pick up the phone seeing my wife's caller id and I'm thinking it's not her, someone else has gotten a hold of her phone to reach me with the news, 'Hey your wife is dead,'" he continued. "I pick up the call. It's my wife... it was an incredible moment that my wife is alive."

Today, still etched in John's mind is the memory of the people who died while he survived, and the call on his life to tell others about the name that will take them to Heaven.

"I see lost people around me. Watching people die on 9/11 has totally changed my life," he said.

Since those frightening hours in 2001, the couple has been traveling the world sharing their incredible story of survival. The effort has turned into a full-time ministry, with more than 30,000 disciples for Christ.

"God has taken us to more than 400 cities around the world where I've travelled with the greatest story ever told for God who offers his un-conditional, irrational love upon His people," John said.

During a visit to Ground Zero, John said he thought about the people who died, especially those who cried out to Jesus with their last breaths.