This NASCAR Star Had It All Wrong. But Now He's Off His High Horse And On His KNEES!

NASCAR hall-of-famer, Darrell Waltrip, was asked to not just attend the National Prayer Breakfast as a guest of President Obama, but was asked to be the keynote speaker! YIKES. He was thrilled to be invited but not so sure what he would say. You don't have to be a NASCAR fan AT ALL to appreciate his heart transformation. He's just another guy God has changed from the inside out. AMEN! 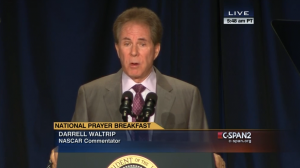 His humility kicked in full speed ahead and he asked for the help of family and friends to pray for him as he prepared his testimony that would be shared with thousands. He also had many praying for him at exactly at the time he took the podium at 8:43AM.

"My reputation has been one of being brash, aloof, cocky, arrogant, and down right annoying...and those were people that liked me!" Waltrip stated in his opening words. "I can only imaging what people were saying that didn't like me." And the crowd erupted in laughter.

He wasn't the typical invite for the keynote address, but that's OK. Maybe it was time for a change and Waltrip laid it all out there for the world to love him even more.

He said, "the fans booed me, drivers despised me, fans hated me." This was what he had become used to based on the choices he was making. "I wanted to be 'king' of nascar but I went about it all wrong. I was always wanting to change the rules to make it work for me" and his personal life wasn't looking much better, either. 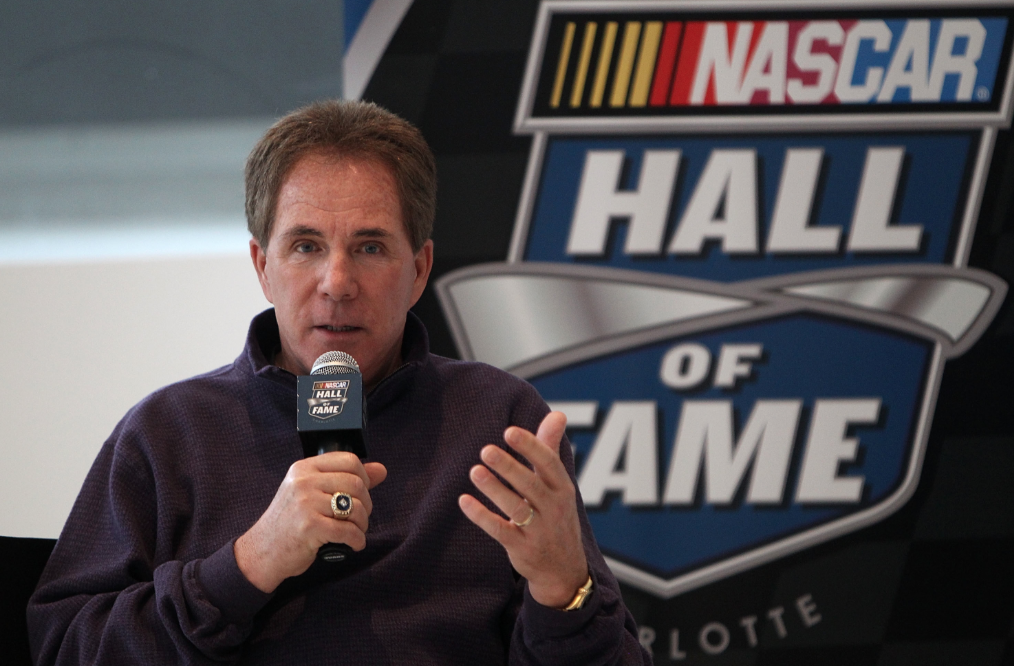 "Looking back only to see how I was...I drank too much and was only looking to satisfy me...that was my lifestyle." And it's a miracle in and of itself that my beautiful, red-headed wife of 45 years stayed with me.

"Over the years, my wife has been married to 2 different men with the same name - Darrell."

While Waltrip would race on Sundays, that became his excuse for not attending church. He just didn't have time for "church and God stuff." His wife would pray for him anyway. She would say, "well, I'll just keep on praying."

Well, the Lord finally got through to Waltrip and he dropped to his knees and "asked for the Lord to come into my life and be my Lord and Savior."

"That was the greatest day of my life! The Lord changes you - He changed me. I feel like a new man! And it was for the better" Waltrip shared.

"He's there for you - He's there with you," Waltrip expressed with deepest sincerity.

"Now I wasn't alone and you don't have to walk alone, either." He continued to encourage the audience to give God a try as he had done. But my favorite quote of the day from the rough and tough guys guy was this, "Now, get off your high horse and get on your knees!"

I encourage you to watch the video of him sharing his testimony at the National Prayer Breakfast. He's so real and honest, it's truly heartwarming!

Here is another inspirational story about a NASCAR hero!