A blessing came disguised, a tragedy for a little pig named Leon Trotsky.

Born on a pig farm, Leon’s life was destined to end abruptly. After so many years, he would be taken to the slaughterhouse and then to nearby butcher. 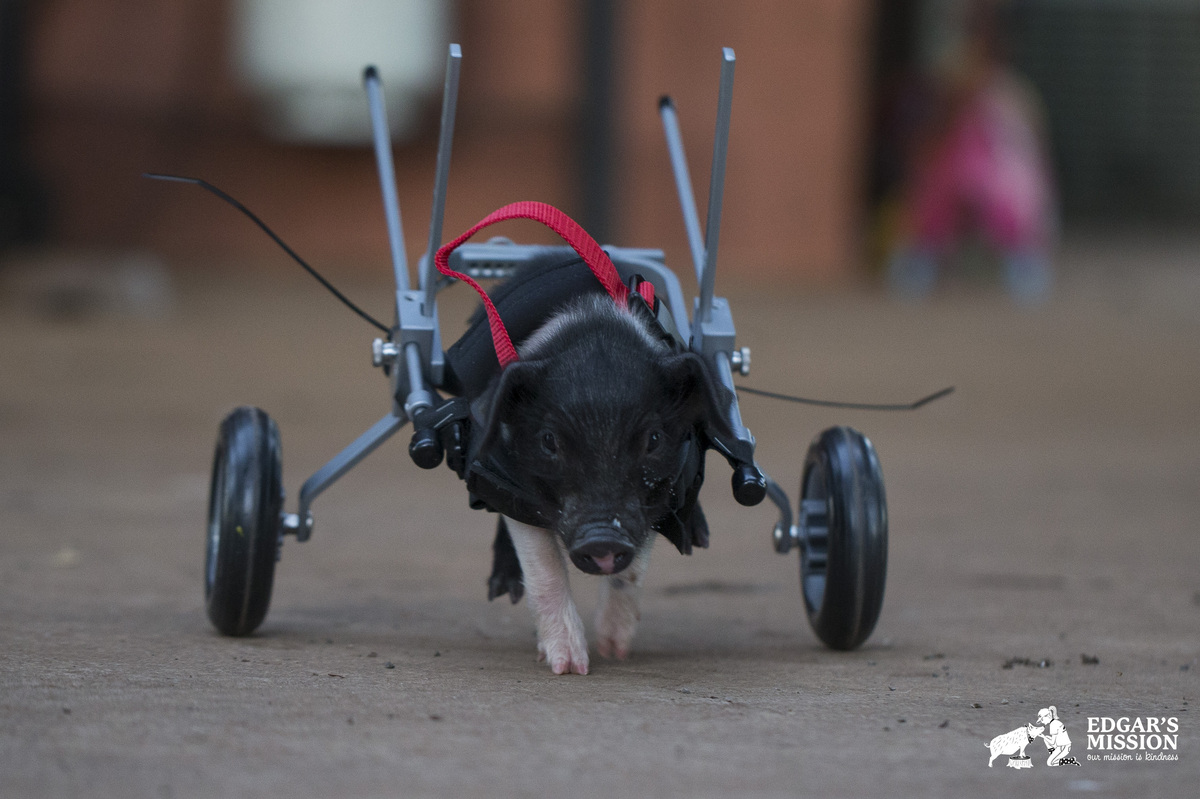 But that is when the unthinkable happened. At 3 weeks old, his injured mother fell on him and two of his siblings. He was the only piglet to survive, but not with out injury, his hindquarters were crushed badly. 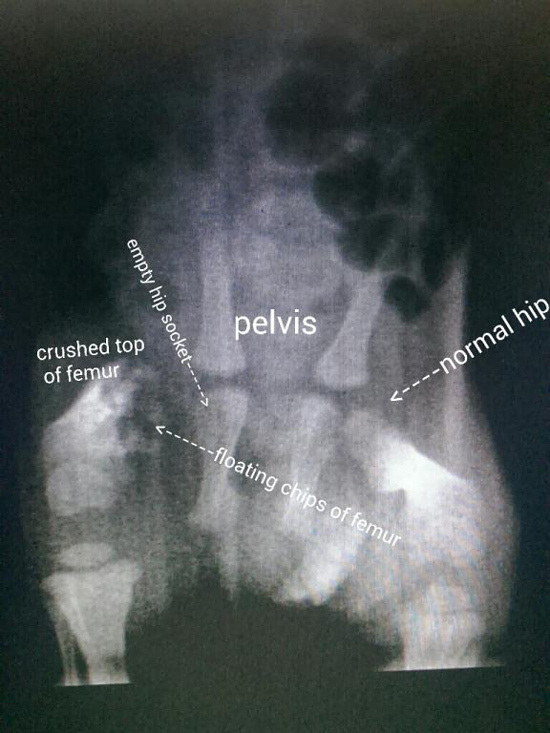 A Good Samaritan saw little Leon and her heart went out to him. He was then rescued from the pig farm and taken into a farm sanctuary for rescued animals, Edgar’s Mission in Australia. 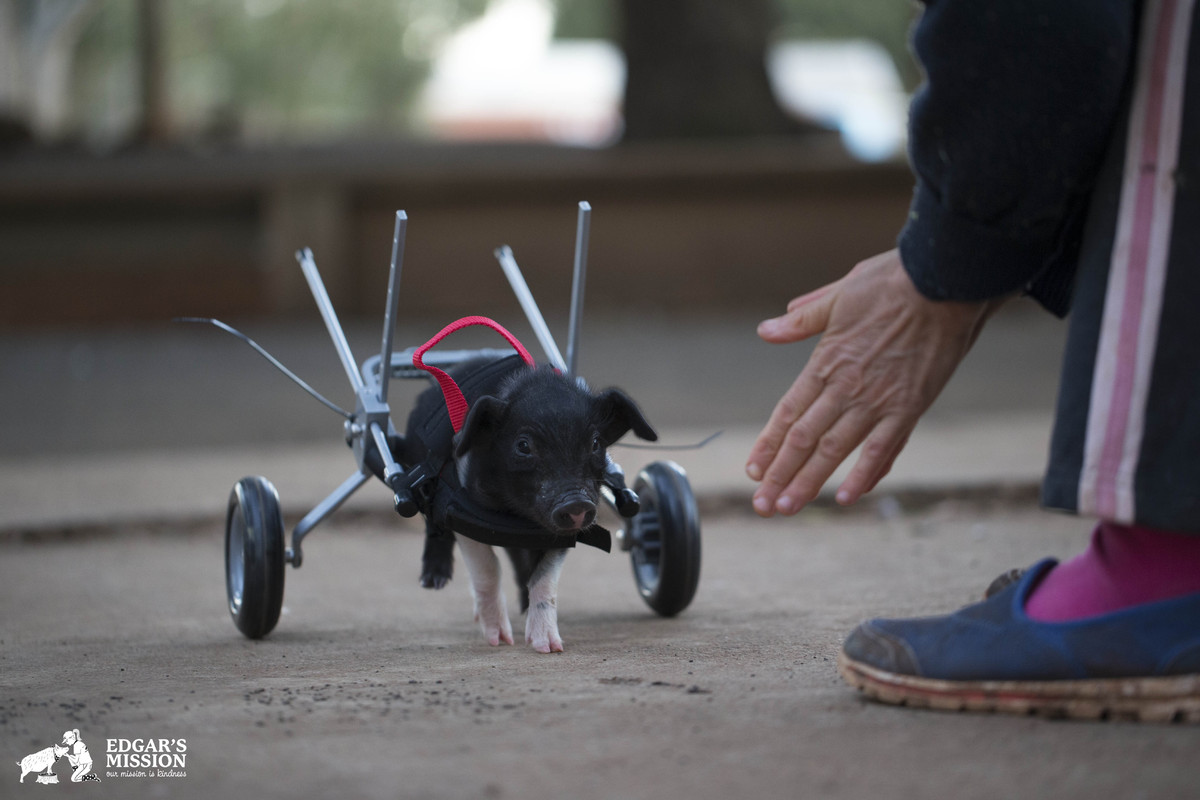 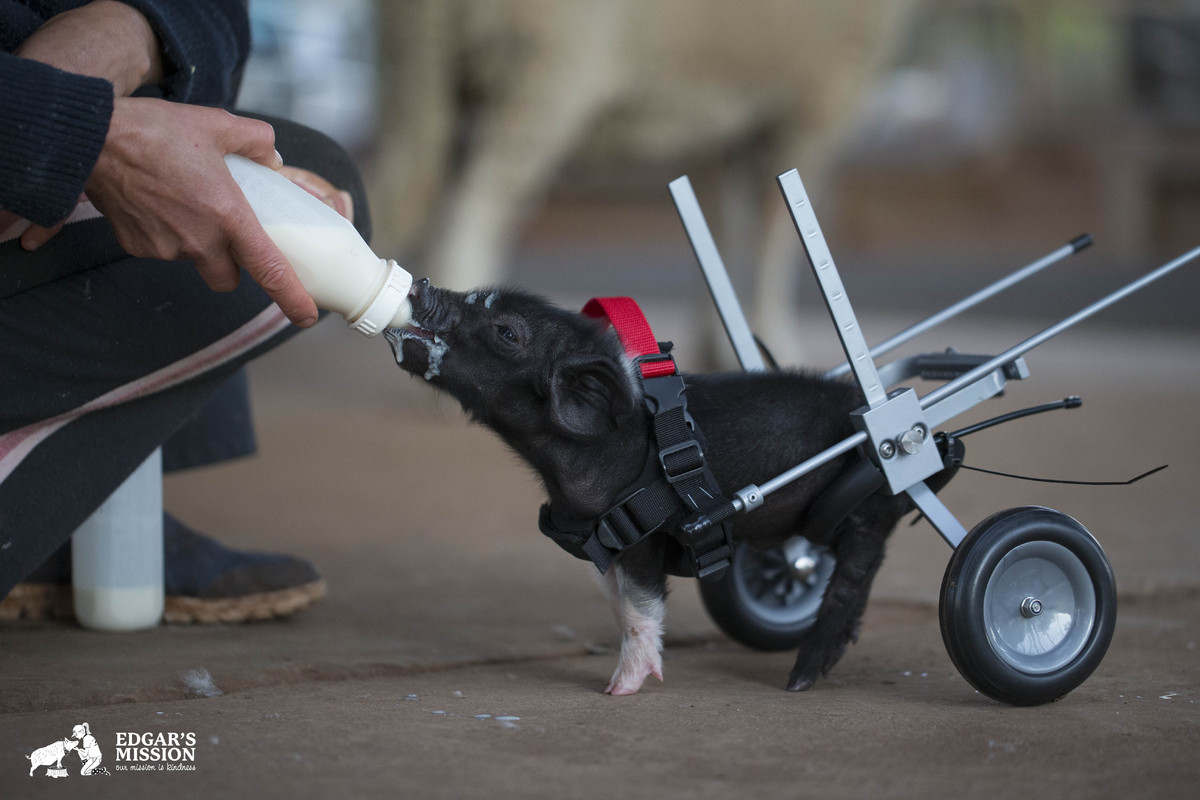 While at his new home, Leon made other animal friends that were rescued too. 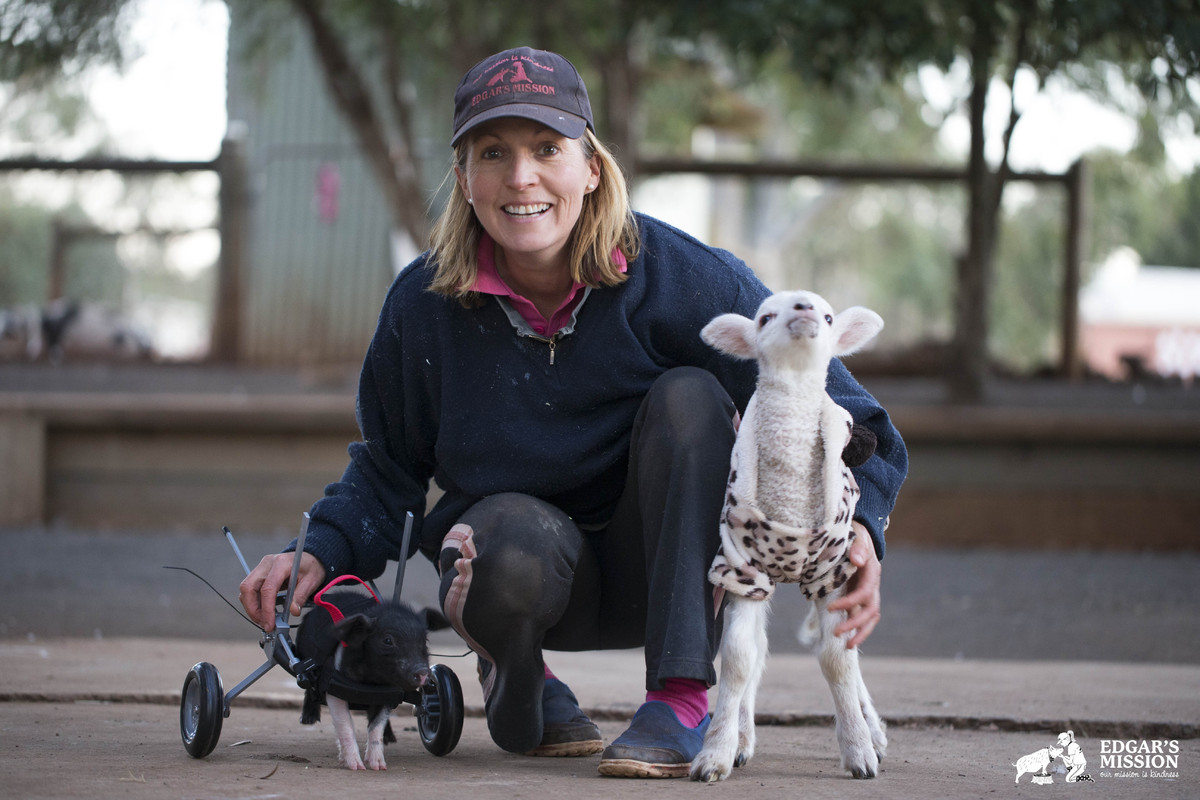 The kind workers at the farm sanctuary treated Little Leon’s injuries; he had a broken and dislocated right hind femur, and ligament damage on his left side. 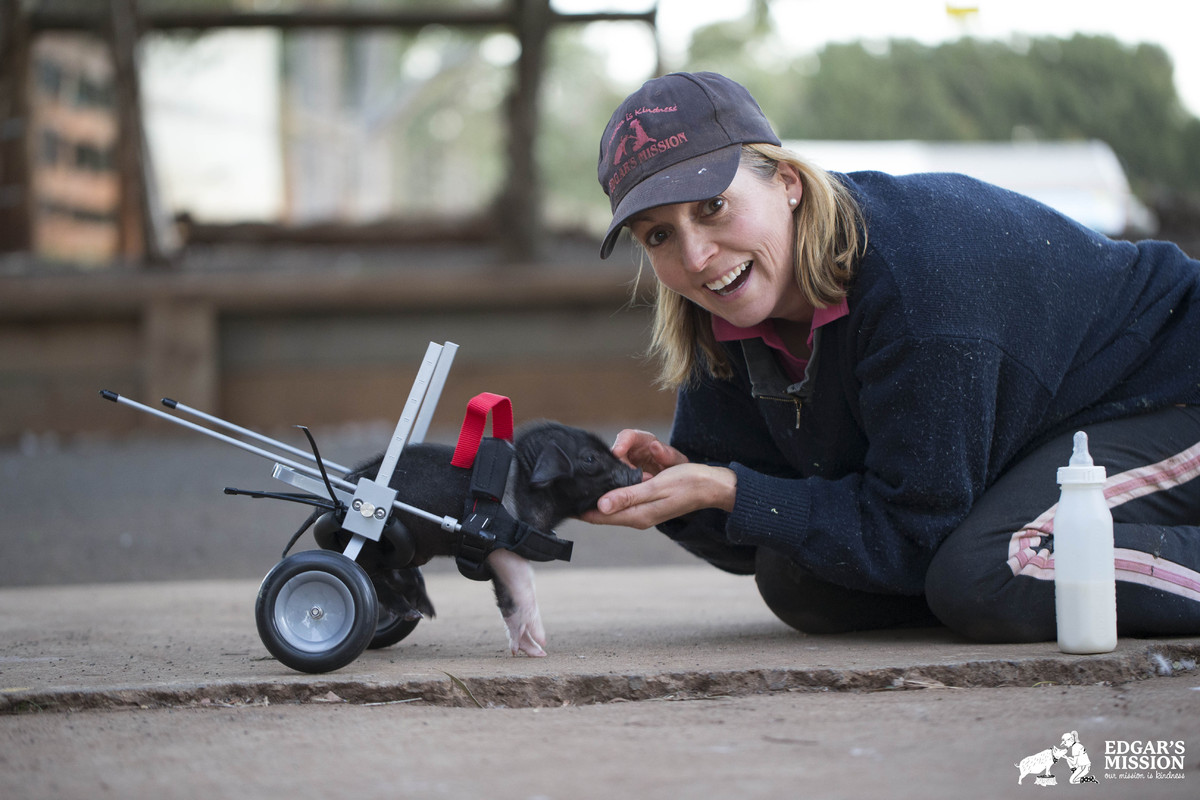 They even gave him a cute little wheelchair so that he can troll around the farm, just as little piglets should. 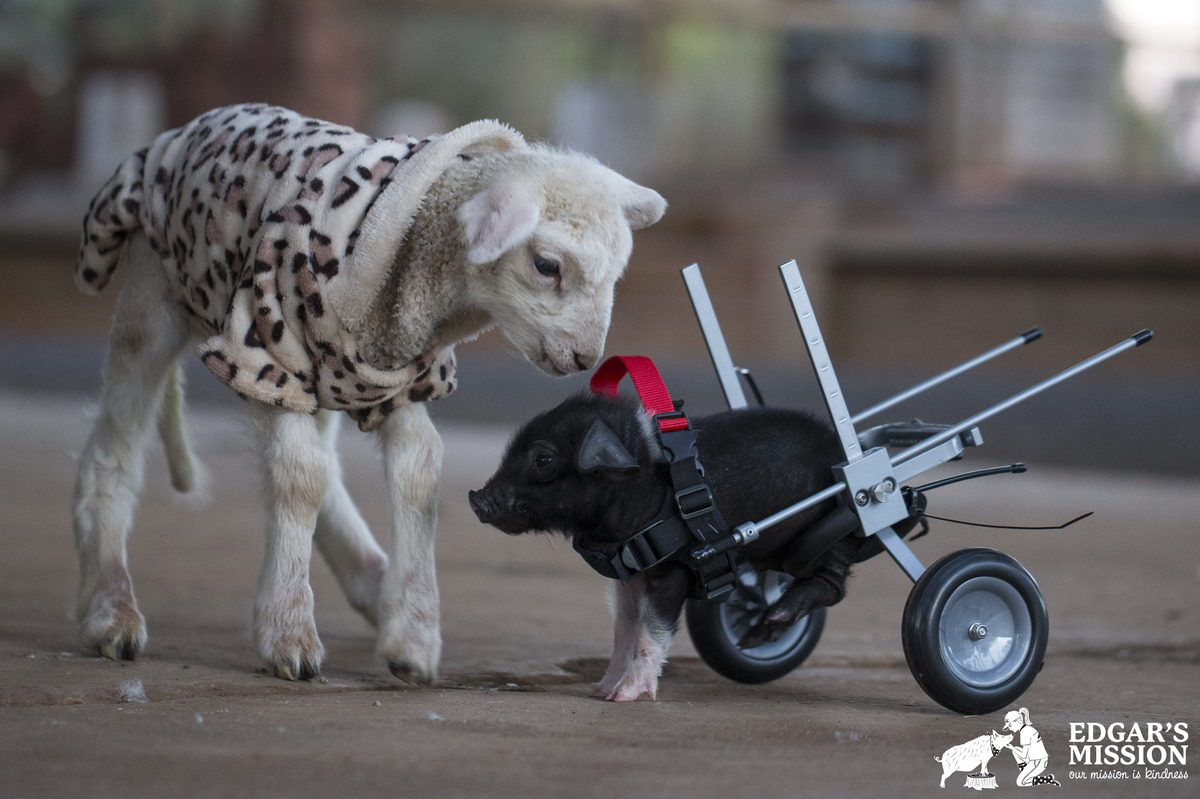 We thank God for second chances, don’t you?

For I know the thoughts that I think toward you, says the Lord, thoughts of peace and not of evil, to give you a future and a hope.