This Woman Is Trying To Start An EPIDEMIC With Billboards

Well, you've seen church signs and road signs, but nows there's a group trying to impress the billboards everywhere to offer inspirational and uplifting thoughts. WooHoo - I like it!

Michele McKeag Larsen began sharing kind phrases in 2010 on billboards through her not-for-profit organization, "The Joy Team." For the last 5 years,they have posted more than 100 messages throughout the cities of Vancouver, Washington; Portland, Oregon; and Phoenix, Arizona. The positive thought organization has expanded its efforts beyond billboards spreading happy messages through the world via sidewalk chalk and social media. 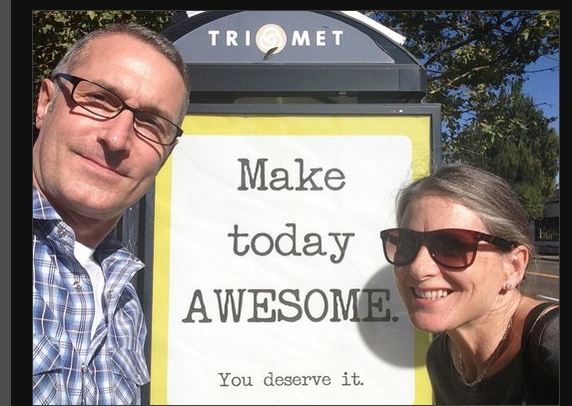 In February 2010, Larsen officially founded The Joy Team, a 501(c)(3) organization that continues to spread these positive messages today but on a much bigger scale. Using her experience in marketing and advertising, Larsen decided to use public service announcement billboards to disseminate her messages -- advertising that you can't turn off or avoid reading automatically as you drive (or walk) by.

"Words have always been very important to me," said Larsen, who earned her undergraduate degree in English literature. "I'm very moved and motivated by words and poetry and prose, so it's kind of a natural thing that I would eventually end up trying to motivate and inspire others through words." 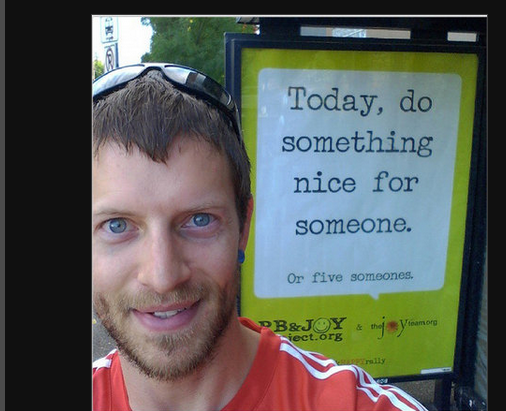 Everyone at The Joy Team participates on a volunteer basis; even Larsen maintains a separate full-time job as a state director of communications for March of Dimes. 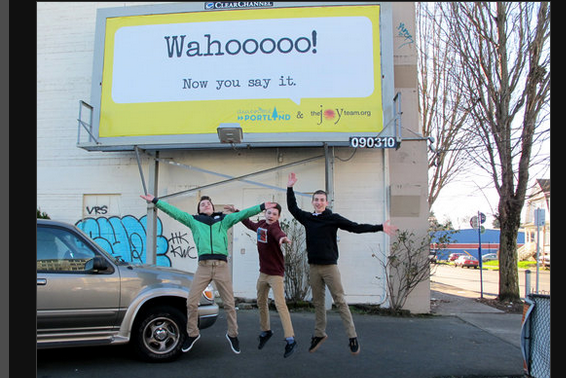 In 2012, the team gathered the Junior Joy Team, a group of children that helps teach others about the importance of generosity, community and sharing joy with those around them.

"The more you surround yourself with positive messages, positive images, positive people, the better life gets," Larsen, said. "Sometimes the people who need it don't realize that they need to go looking for it, and so stumbling across it and feeling that shift, or seeing it because the billboards are up for four weeks, starts to change something in their brain. And if that's the little leg up that they need to move in a different direction, that's pretty powerful stuff." 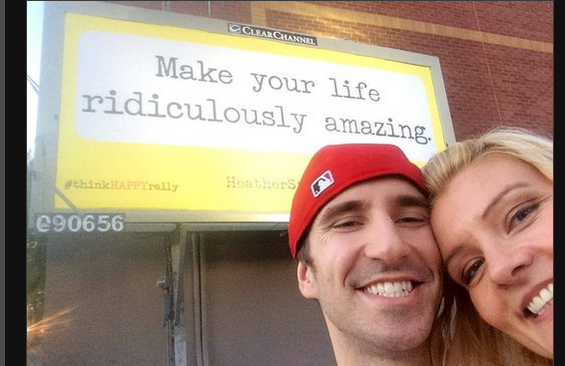 Larsen is currently working on plans to take the billboards to New Mexico and Minnesota, as well as scheming for a nationwide advertising campaign for the National Day of Happiness on March 20th. 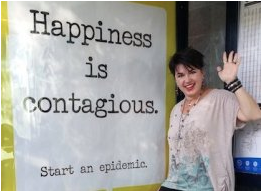 "The feeling I get when I hear one of the billboards has made a difference in someone's day ... It just makes me so warm and fuzzy and I get tingly and I'm on sort of a happy high for a little while. Just knowing that I've made a shift for someone, I've helped lighten them up and made their day better, I've increased their sense of well-being for maybe 10 minutes. How cool it is that?"

Check out how a simple post-it note starts a pay-it-forward chain! 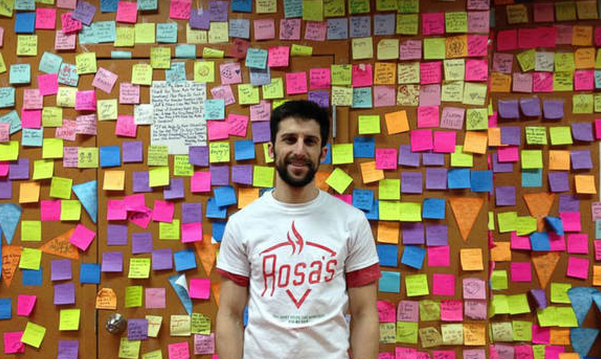 These kind strangers are helping the homeless!