Unsuspecting Shopper Takes Down A Stray Deer In Walmart

You never know what you might see on a trip to Walmart. And shoppers in Minnesota certainly witnessed something unexpected when a man wrestled a stray deer to the ground. Now that's got to be a first!

The first thing to know about this story is no one was hurt. Not the shoppers, not the deer. And that's all because of Tom Grasswick.

Tom was just another unsuspecting shopper in the Walmart in Wadena, Minnesota. Suddenly, the sound of crashing and a woman's scream caught everyone by surprise. Then, around the corner came a deer slipping and sliding across the smooth floor.

RELATED: Brave teen risked his life to save an innocent creature

Apparently the stray deer had wandered in through the store’s garden door, which is motion-activated. But it wasn't long before the animal realized it was out of place. And so, the deer panicked.

Tom didn't hesitate to act. He wrestled the terrified deer to the ground, and carefully held it in place.

“Tom was just holding her gently but securely so no one including the deer would get injured,” said Stephanie Koljonen, a fellow shopper who witnessed the whole ordeal firsthand.

He used a shirt to cover the deer's eyes in order to help calm it down. He held the animal in place as Walmart employees restrained the deer's legs with dog leashes. They then carried the deer outside, releasing it back in the wild.

Thanks to our hero's quick thinking, things remained under control and no one got hurt.

"I figured I was bigger than the deer, so I'd win that wrestling match," Tom said after the fact.

Stephanie snapped a photo when the man wrestled a stray deer to the ground, which she shared on Facebook with the caption, "Only at Walmart."

It looks like God put Tom in the right place at the right time to ensure things didn't get out of hand!

YOU MAY ALSO LIKE: God sent a deer to a dying dad as a special messenger 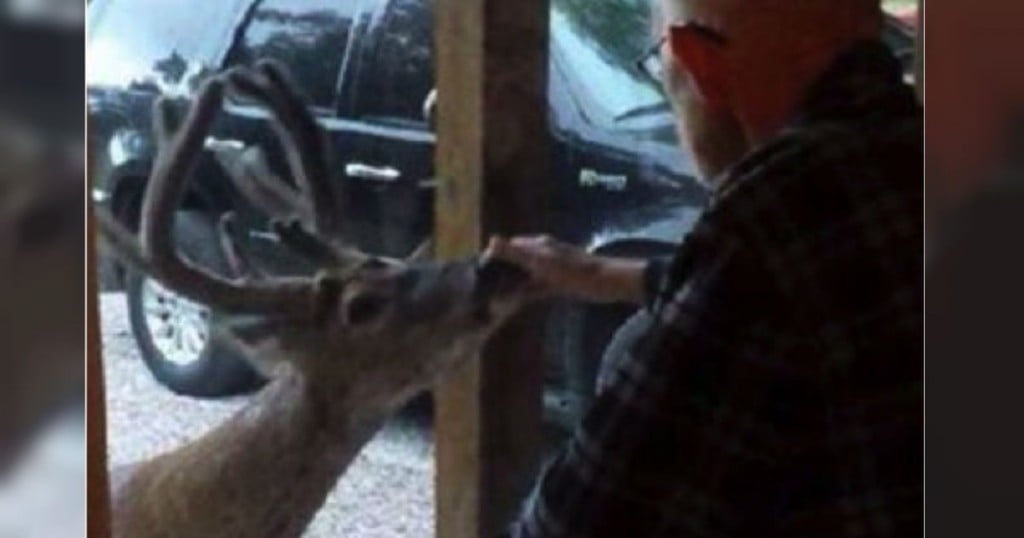