What Doctors Mistook For The Flu Was Actually Swallowed Magnets

You'll find magnets on just about any fridge. And yet, they aren't something you'd ordinarily think of as dangerous. However, swallowed magnets can be deadly.

Sometimes it happens accidentally. But believe it or not, some kids out there are actually ingesting these common household items on purpose! And the dangerous trend is something every parent needs to know about.

Toddler, Ava Kendall, is one of the accidental cases. She managed to get her hands on the small silver magnets from the fridge, and swallowed nine. Her parents had no idea until the 2-year-old started holding her stomach, crying out in pain.

At first, doctors at the urgent care thought Ava had the stomach flu. Worried it was something more serious, Ava's mom, Lexi, took her daughter to the hospital, where a scan revealed the toddler had swallowed magnets.

Magnets will pull together, even through skin. So, the magnets Ava swallowed found their way to the little girl's intestines where they ripped holes in the lining.

After a four-hour surgery and a few weeks in intensive care battling infection, Ava recovered. But it was far too close of a call for her parents, who are warning everyone to keep any and all magnets out of reach.

“The doctors were saying she probably wouldn’t have made it 24 hours,” Lexi said.

But what's just as alarming is that it's not just toddlers falling victim to this danger. Some children old enough to know better are choosing to swallow magnets!

RELATED: Recovering teen and his family are warning others of the dangers of the duct tape challenge

It's not just curious toddlers who are showing up in ER's with magnets in their stomachs. Doctors are beginning to see a trend of older kids partaking in this dangerous activity as well. Whether it's due to using magnets to mimic body piercings, dares, boredom or just plain ignorance to the deadly consequences of ingesting magnets, more and more kids are doing so.

It's unclear exactly why 10-year-old Brady Westphal decided to swallow eight magnets. But like little Ava, severe stomach cramps sent him to the doctor's office. The boy was afraid to admit what he'd done, so again, the stomach flu was suspected. But when Brady wasn't getting better, an x-ray revealed the truth.

The swallowed magnets left a trail of damage through Brady's abdomen and intestines as they pulled themselves together. It took a seven-hour surgery, twelve days in the hospital and the grace of God to put the 10-year-old on the path to recovery.

Learn more about Brady's situation in the video below:

Swallowed Magnets: Everyone Should Be Aware

Brady's story is a reminder that this warning doesn't just apply to small children, but rather kids of all ages. Parents need to be aware of how magnets react inside the body so they can pass that knowledge onto their children.

“These magnets, especially if swallowed at different times, the magnets don’t move all the way through the intestinal tract," said Dr. John Grunow, OU Children’s Hospital. "Then they pinch together, one to another, and the tissue in between gets pinched. The blood supply gets lost, and the tissue ultimately dies.”

Because the symptoms are so similar -- abdominal pain, fever, vomiting -- the life-threatening condition is often mistaken for the flu. It's imperative that if a child is old enough to confess, they alert their parents immediately if they have swallowed magnets.

RELATED: Terrified parents warn others after their 3-year-old nearly died from dry drowning

And for the parents of young children unable to fess up, Ava's mom makes this plea:

"If you have magnets, get them away. On top of a bookshelf or refrigerator isn’t enough. I don’t want any parent or any other kid to go through what we have gone through, because it’s awful.”

Please share this story with everyone you know to make sure they keep their loved ones safe!

This car remote start warning is something everyone needs to hear! 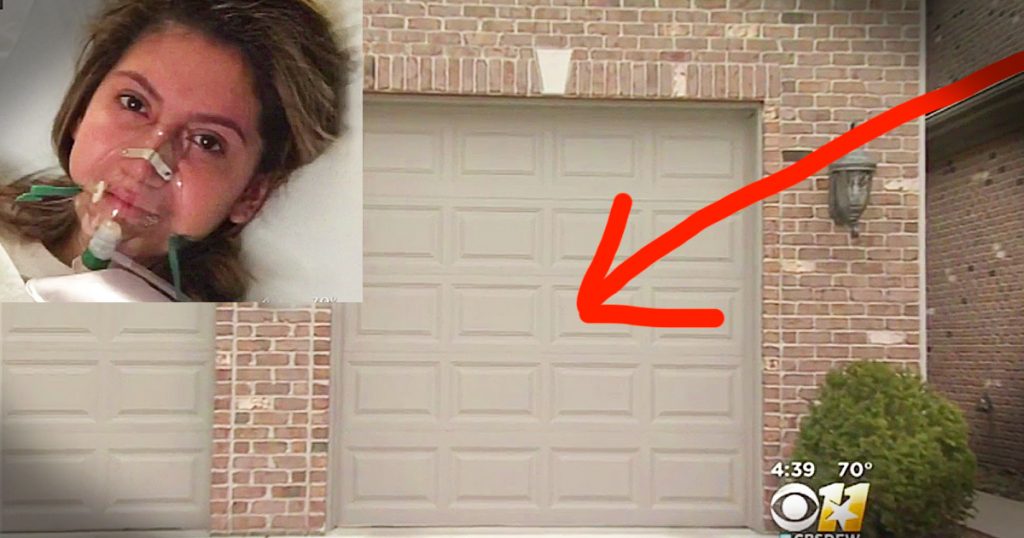