It was November 1998 when Kim and Gary Cooling discovered Rama, a dog that would change their lives. The couple was in Thailand for a short vacation. While they were in the bustling area of Patong, Kim spotted Rama. She was an emaciated stray dog that was weaving through the tourists and stall holders. The dog was desperately searching for stray scraps of food - and also trying to avoid the young boys chasing after her, throwing fire crackers.

Kim Cooling couldn't let the dog just disappear into the crowd. She raced after the stray and offered it some food she had in tins in her purse. The dog joyfully wagged her tail and accepted the food. After feeding the stray, Kim went back to her Gary and they called a cab to go back to the hotel. When they were about to leave, the stray suddenly reappared at their feet, wagging its tail and looking hopeful. 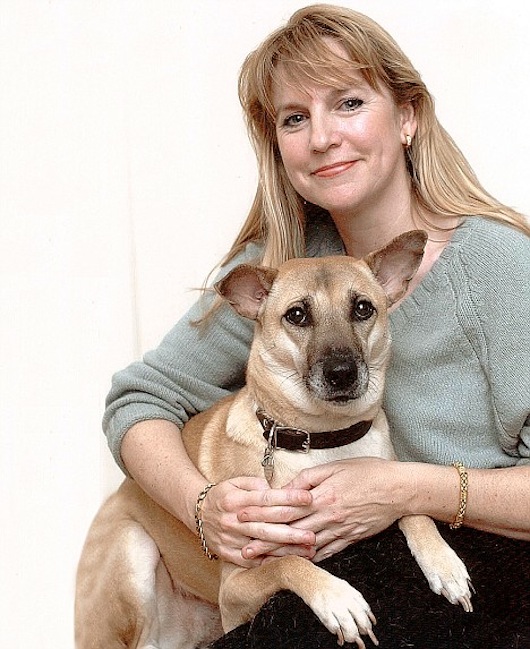 The couple made the quick decision to take the dog back with them to the hotel area, where they thought it might be easier for her to live because of how quiet and peaceful it was. The dog sat on their laps in the taxi and was very content. That's when they decided to call her Rama, after the Thai King. Once back at the hotel, Kim brought Rama to their area of the beach and three of them relaxed and played together all night. The next morning, Kim and Gary awoke to find Rama curled up beneath a deck chair outside of their door, exactly where they had left her.

Day after day, the three bonded. They would play with Rama when they were at the hotel and then the dog would happily greet them every time they returned from being out in the city. Whenever they left her, they could tell she would get anxious. So the couple were already worried about leaving Rama behind when they left for Bangkok. Then, horrified, they heard that all of the stray dogs in the area were going to be poisoned, as an effort to keep disease and strays in the area down. When Kim discovered that no one would take in the poor stray, she made a decision: Rama was going back to the UK with them, no matter what the cost. 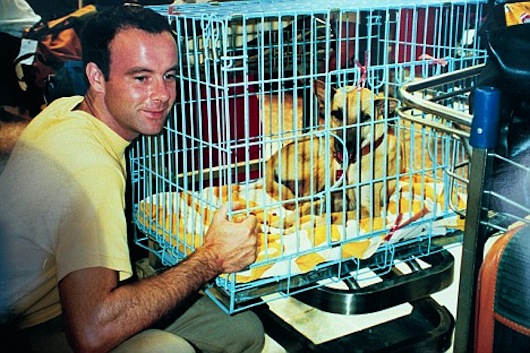 So that was the beginning of Rama's journey! She was caged up, transported to Bangkok on the same airplane with the couple and then stayed in the same hotel. The couple had to jump through hoops to keep Rama with them, but they did it wilingly. Before they could return to the UK with the dog, however, she had to undergo a health check. Then, they discovered that Rama had heartworm, a serious but common condition of stray dogs.

No matter what the cost, the couple was dedicated to saving Rama. So once back in the UK, the dog underwent weeks of treatment in quarantine. Knowing that Rama would miss them, Kim drove hours to see Rama while she was being treated for heartworm. But once those weeks of treatment were over, she was happily brought back to their home. 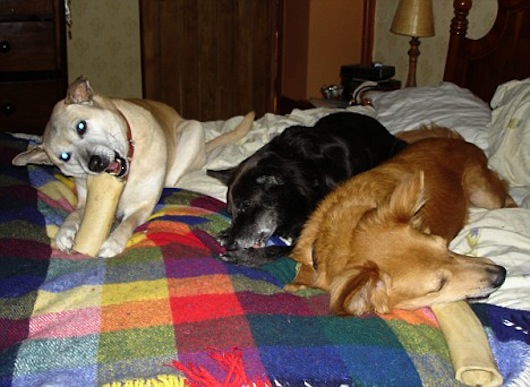 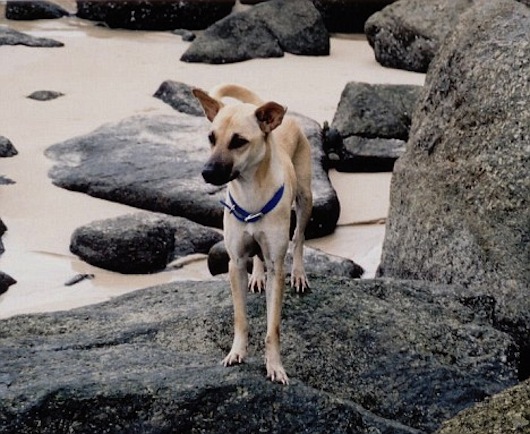 Once Rama recovered, settled in and overcame her separation anxiety, she became one of the most loyal and loving pets the Coolings had ever known. For 13 years, Rama was a constant companion. She was so loving, it almost seemed like she knew the lengths that her parents went to bring her back from starvation and death in Thailand. 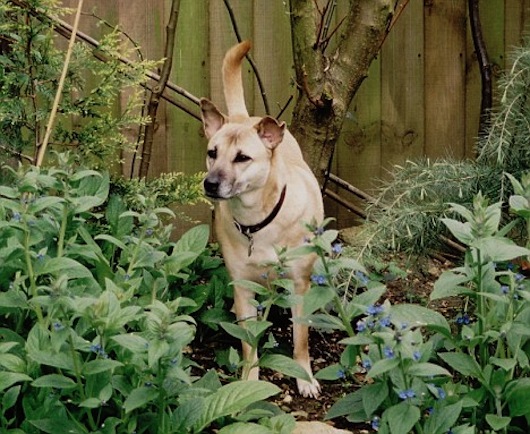 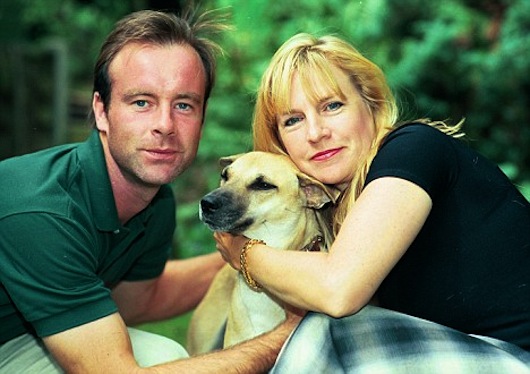 Sadly, Rama passed away this year, but she left a pawprint on the hearts of her owners. Kim had Rama creamated and plans to have her ashes mixed with her own one day. In honor of Rama, the couple plans to take in more stray dogs and set up a charity to help dogs on the street survive or be taken in.

Now this what a love stroy should be like.