Woman Asks A Homeless Man To Watch Her Purse

Young Woman Has A Homeless Man Watch Her Purse

Renée found out too late that she wasn't allowed to bring her purse in with her at a sporting event. And when a couple suggested she have a homeless man watch it, the idea sounded crazy. Yet, she really didn't have too many options. And that night, Renée wound up learning that you can't judge a book by its cover!

Renée and her friend were totally excited to be on the way to attend an NFL football game. But in all of the excitement, they accidentally headed out with their tickets! So, they doubled back and tried again.

By the time they arrived at the stadium, it was almost time for kick off. And then they got more bad news.

As it turned out, the stadium had restrictions on the size of bags allowed into the venue. And Renée's purse was too large. Frantically she tried to figure out what to do with it, and was about to throw it away when a couple in the line suggested Renée have a nearby homeless man watch it.

RELATED: A woman gives her clothes to a freezing homeless woman

At first, the suggestion sounded crazy to Renée. But, no crazier than throwing away a perfectly good purse. She decided to put her faith in the homeless stranger. So, her friend gave the homeless man five dollars and asked him to keep an eye on Renée's purse until they got out of the game.

Renée admits her expectations of ever seeing the homeless man or her purse again were low. And yet, when she and her friend came out of the stadium, there he was. The man spent three hours in the same spot, safeguarding her purse, just as he promised.

RELATED: Pastor shares a powerful parable about a homeless man and his shoebox

Renée had not expected the homeless man to keep his word. And her shock to see that he had came from an assumption she'd made based solely on the fact that the man was homeless. The whole experience taught her a valuable lesson, which she shared on Facebook:

"...Not all people can be judged just from seeing a certain situation they may be in or what they may look like. I took a stab in the dark. I didn't know this man. He had no home. No belongings. He sat there for three hours in the same spot. He told me he'd be there and that he'd have my purse. I thank him. It's not the purse I care about. It's the principal of someone still knowing and understanding the worth of keeping your word. God Bless you sir. I hope you can prosper into whatever you're looking for."

The fact is, Renée is not the only one to judge the homeless. People make assumptions about them, and others, every day. God cautions us to be very careful about passing judgement. And Renée's encounter just goes to show that you can't really tell what's inside a book just by looking at the cover!

"Don't judge according to appearance, but judge righteous judgment." John 7:24

A restaurant refused to give a homeless man water until a special angel stepped in! 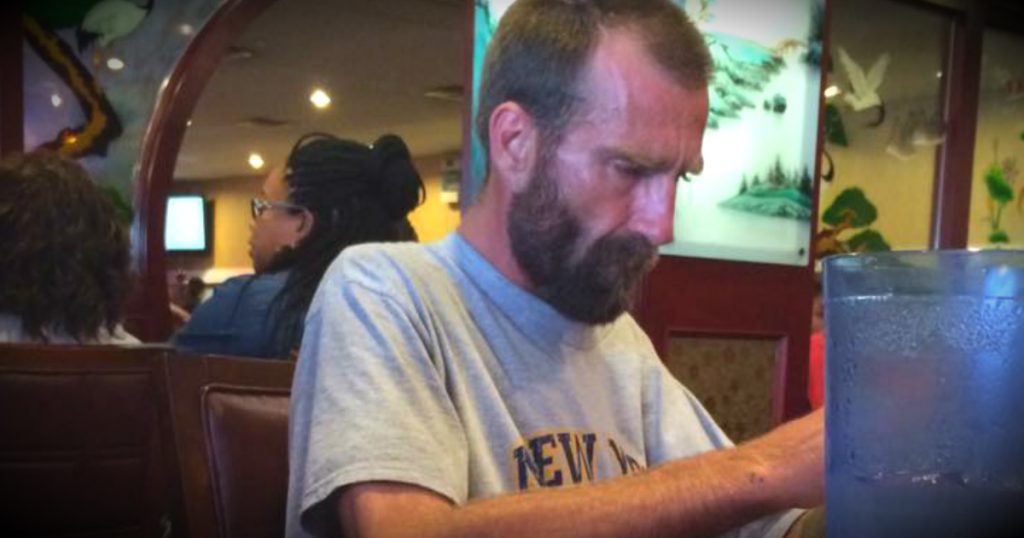