Mandy and Paul were friends for 25 years, and in a single moment during their friendship they fell in love. They had enjoyed being best friends so much that they became engaged to be married. But one night, life as they knew it came to a screeching halt.

Paul received a phone call in the middle of the night informing him that the love of his life had collapsed on her bathroom floor and that he should get to the hospital as fast as he could.

Doctors stabilized Mandy from a life-threatening internal bleeding, but in less than two days she took a turn for the worse. Everyone was certain that she wouldn’t make it. 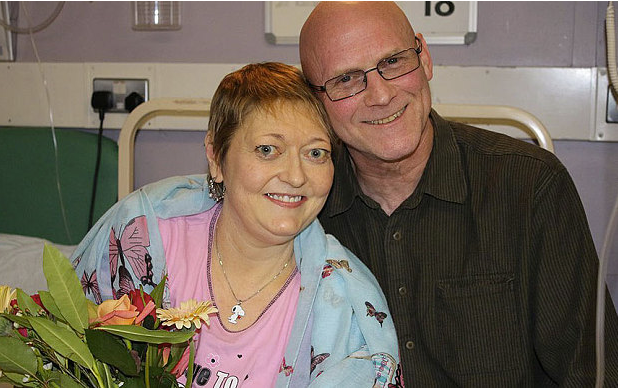 "She was still conscious and alert, so I asked her what she thought about getting married that day - and she said yes. I spent the day visiting the hospital chaplaincy, rushing back to get Mandy's passport and birth certificate and meeting a local registrar in Stockport to get everything organized,” said Paul. 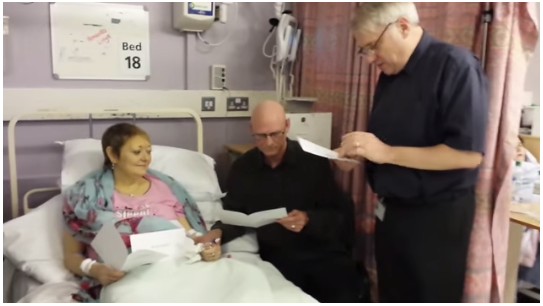 "Before the service, I had been very scared but suddenly I was calm and I couldn't keep my eyes off Paul. I was just in a pair of pajamas, but my mom lent me a pretty scarf and a nurse gave me some flowers to hold. We used wedding rings from my mom and brother and had a blessing from a priest afterward.” Mandy explained.

"It wasn't the wedding day I'd imagined I might have but it was romantic all the same,” Mandy said. 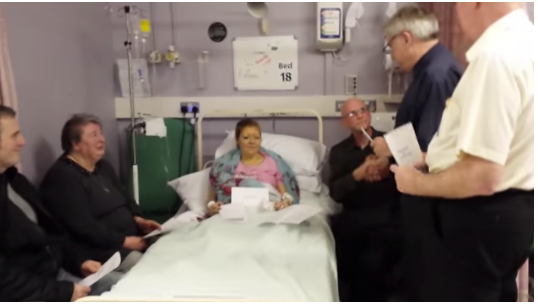 Mandy spent six days in intensive care, and after many tests, doctors found a series stomach ulcers and a blockage in her liver that was causing her bleeding. Just three days after the wedding, Mandy was suddenly swept away for surgery.

"As she was rushed out of the ward on a bed, I asked a doctor whether she was going to be 'ok.' His words were, 'We're going to need a miracle.' I was sure then that Mandy wouldn't make it through."

Paul recalled, “I looked at Mandy and told her we were together, whatever might happen.”

But little did Paul know, Mandy would receive a miracle from God.

Mandy said,”It seems the deathbed wedding saved my life. At the time I was so close to dying, when Paul suggested we get married in a hospital, I agreed straightaway and the wedding was wonderful.”

God used Mandy becoming a wife to give her the determination to fight for her life.

Mandy battled through many setbacks during her recovery. She dealt with severe swelling, and mental confusion from sedation from the surgery. It was so bad that she thought that one of the nurses was out to get her. But through everything, Mandy still had the mind to overcome.

"I'd walk along the corridor with a walking frame very slowly, but soon I was picking up the frame and just carrying it - the staff and other patients were gobsmacked,” Mandy said. "The pinnacle of my recovery was getting up one night and taking myself off for a shower without needing any support. It felt fantastic."

"The following few weeks were a blur to me but . . . I knew I had to get better for the sake of new husband. so I tackled it one day at a time, getting out of bed and learning to walk again before anyone could stop me. Now I'm happily back at home with a new lease on life and a new husband.”

"And we're now looking for a new place to live together, something that belongs to both of us. We want a proper marital house with a garden."

Mandy has been blessed with a second chance at life, and now she can live it with her new husband. She said, "I feel like a big weight has lifted like I've gone through a miracle. The world is my oyster."

Matthew 19:6 teaches us, "So that they are no more two, but one flesh. What therefore God hath joined together, let not man put asunder."

What this man wanted to do with his last breath is touching! 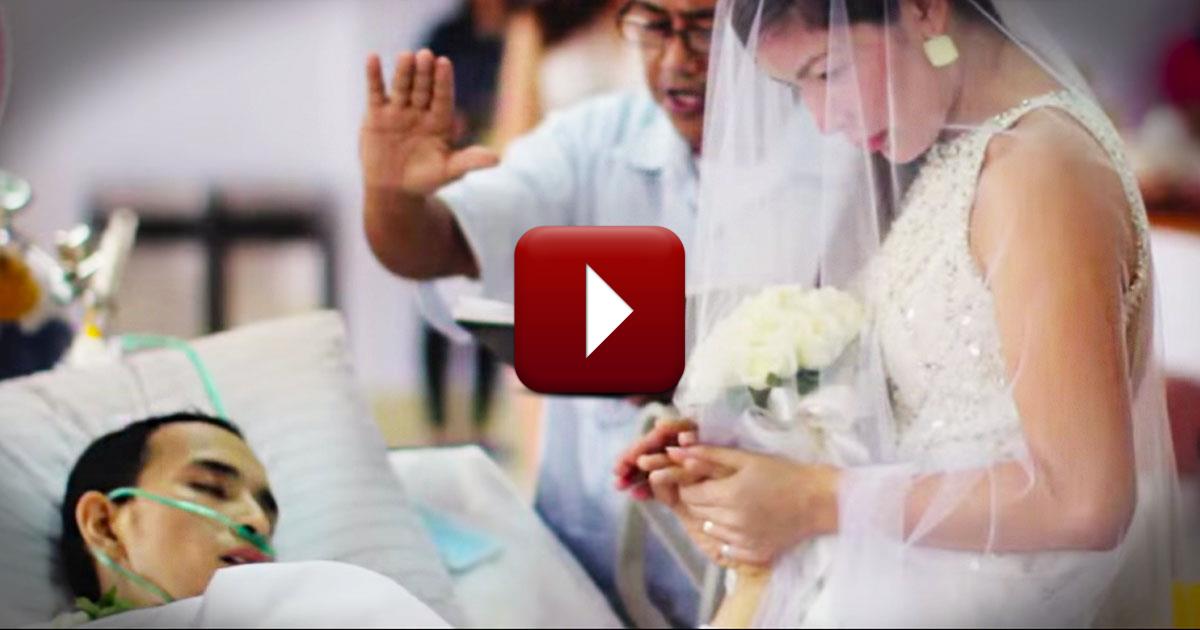 Check out this bride who had an amazing hospital surprise for her Grandma!