The adorable letter below was originally posted by a user on a social media site. The user bestmattever works as a ranger at Yosemite National Park and received this letter in the mail from a junior ranger. Be prepared for extreme cuteness!!! 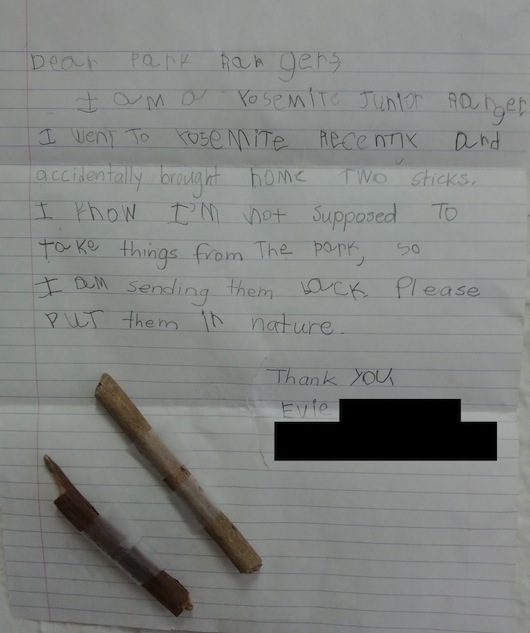 This is what the letter said:

I am a Yosemite junior ranger, I went to Yosemite recently and I accidentally brought home two stick. I know I'm not supposed to take things from the park, so I am sending them back. Please put them in nature.

There are rules against taking anything from Yosemite and it is adorable just how serious Evie the junior ranger takes those rules! Her honesty and innocence is inspiring. We hope that the park ranger who received this letter will "put them back in nature" just as Evie requested. What an angel!