You Have to Read This Inspirational Church Story

The story of Pastor Jeremiah Steepek has been shared on the internet before; you may have even read it. But, we think you need to read it again... because it's more inspirational than you realize:

Pastor Jeremiah Steepek (pictured) transformed himself into a homeless person and went to the 10,000 member church that he was to be introduced as the head pastor at that morning. He walked around his soon to be church for 30 minutes while it was filling with people for service….only 3 people out of the 7-10,000 people said hello to him. He asked people for change to buy food….NO ONE in the church gave him change. He went into the sanctuary to sit down in the front of the church and was asked by the ushers if he would please sit n the back. He greeted people to be greeted back with stares and dirty looks, with people looking down on him and judging him.

As he sat in the back of the church, he listened to the church announcements and such. When all that was done, the elders went up and were excited to introduce the new pastor of the church to the congregation……..”We would like to introduce to you Pastor Jeremiah Steepek”….The congregation looked around clapping with joy and anticipation…..The homeless man sitting in the back stood up…..and started walking down the aisle…..the clapping stopped with ALL eyes on him….he walked up the altar and took the microphone from the elders (who were in on this) and paused for a moment….then he recited

“Then the King will say to those on his right, ‘Come, you who are blessed by my Father; take your inheritance, the kingdom prepared for you since the creation of the world. For I was hungry and you gave me something to eat, I was thirsty and you gave me something to drink, I was a stranger and you invited me in, I needed clothes and you clothed me, I was sick and you looked after me, I was in prison and you came to visit me.’ “Then the righteous will answer him, ‘Lord, when did we see you hungry and feed you, or thirsty and give you something to drink? When did we see you a stranger and invite you in, or needing clothes and clothe you? When did we see you sick or in prison and go to visit you?’

“The King will reply, ‘Truly I tell you, whatever you did for one of the least of these brothers and sisters of mine, you did for me.’ 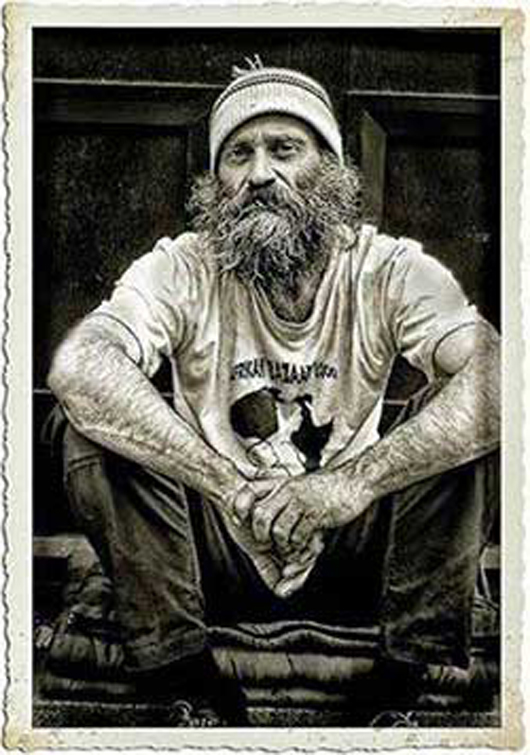 After he recited this, he looked towards the congregation and told them all what he had experienced that morning…many began to cry and many heads were bowed in shame…. he then said….Today I see a gathering of people……not a church of Jesus Christ. The world has enough people, but not enough disciples…when will YOU decide to become disciples? He then dismissed service until next week…….Being a Christian is more than something you claim. It’s something you live by and share with others.

Thousands of people have shared this story on Facebook and social media. But, there were many comments like the one below:

Jesus says, “There was a man going down from Jerusalem to Jericho, and fell into the hands of robbers, who stripped him, beat him…”

“A man found a treasure hidden in a field…”

“A woman took some leaven…”

“There was a man who had two sons…”

“Hang on, Jesus,” is the first reaction of some people to Jesus’ stories, “that’s not true.”

“Well, that’s obviously false!” they say. “God hasn’t even made the sun yet, how can there be days?!”

There were two men in a certain city, one rich and the other poor. The rich man had very many flocks and herds; but the poor man had nothing but one little ewe lamb, which he had bought.

King David knew it was true. So true that it converted him.

There was once a man in the land of Uz whose name was Job. That man was blameless and upright…

Yeah! Right! That’s not true. Where is this land of Uz anyway? Once upon a time in the Land of Uz…

The photo isn’t of “Pastor Jeremiah Steepek”. It was actually taken by Brad J Gerrard who writes:

I was walking down the street in Richmond, saw this man talking to someone, could see he was quite a picture in the making. On the way back, when he was free I had a short conversation with the gentleman and he agreed to let me photograph him. I liked the result. He was very friendly.

If we cannot cope with the truth being presented in the form of a story, we will struggle being a Christian, or a spiritual person generally, in our contemporary age.

For them, here is a version that (apparently) did happen:

Early morning on June 23, Willie lay under a tree on the church lawn covered up by a big overcoat. He still had not shaved or combed his hair. He wondered how many people would approach him and offer him food, or a place to sit inside an air conditioned room, or just see how they could help. Twenty people spoke to him and offered some type of assistance.

“Too many of us only want to serve God one hour each week. That doesn’t cut it. That is not God’s plan.”

While he preached, his daughter-in-law cut his hair and his daughter helped shave off his scruffy beard. He changed shoes, and beneath the overcoat, he was wearing his Sunday clothes. He put on a tie and his suit coat, all the while continuing to preach his message. Before the 200 people gathered that morning, he went from looking like a homeless person to the new pastor of the congregation.

The moral of the story is this: put God first in your life. Act like a Christian at all times, not just once a week during church. Open your hearts, your minds and love one another.