This Smiling Firefighter Will Brighten Your Day!

A lot can be said for being the light in the darkness. And that certainly describes Shawn Wiebe, the smiling firefighter that snagged the Internet's heart when he rescued an elderly woman from dangerous flooding in Canada. But the reason he's smiling so big is just as precious as his now famous photograph!

When intense flooding hit southern Alberta, Shawn was called away from his day job at a tractor dealership to assist in evacuating some 200 people from a local hospital.

Shawn spotted Sheila Roland, and was instantly compelled to help her.

“I looked in the boat, and she’s a little lady. She had a winter coat on, which was drenched in water, and somebody gave her inserts from their winter boots that were well oversized, because I guess she was barefoot throughout the day," Shawn later explained. "I looked at her and said, Instead of you walking through the water again, I’ll carry you to the dry part.’"

So, he scooped her up and carried her to safe, dry land, beaming all the way.

Shawn is well-known for his happy, go lucky attitude. It's nothing new for him to sport a smile, even in the midst of such disaster. But there was something special behind the huge smirk from that day.

"What she said to me as I was carrying her to dry ground was 'the last time I was carried like this was on my wedding night,'" Shawn recalled.

RELATED: Seeing what this firefighter did for a terrified little boy melted my heart

A newspaper photographer managed to catch Shawn's ear splitting grin on camera. And he's been called the "ridiculously photogenic firefighter" ever since.

But despite all of the praise the smiling firefighter has received, it's Sheila who is his biggest fan!

“A lot of firemen carried a lot of people that day, but I think I am the one who really lucked out with the fireman I got,” she said.

What an incredible reminder of the amazing power of a smile. After all, a glad heart makes a happy face!

Just wait until you see the surprise this firefighter’s widow got on her 100th birthday! 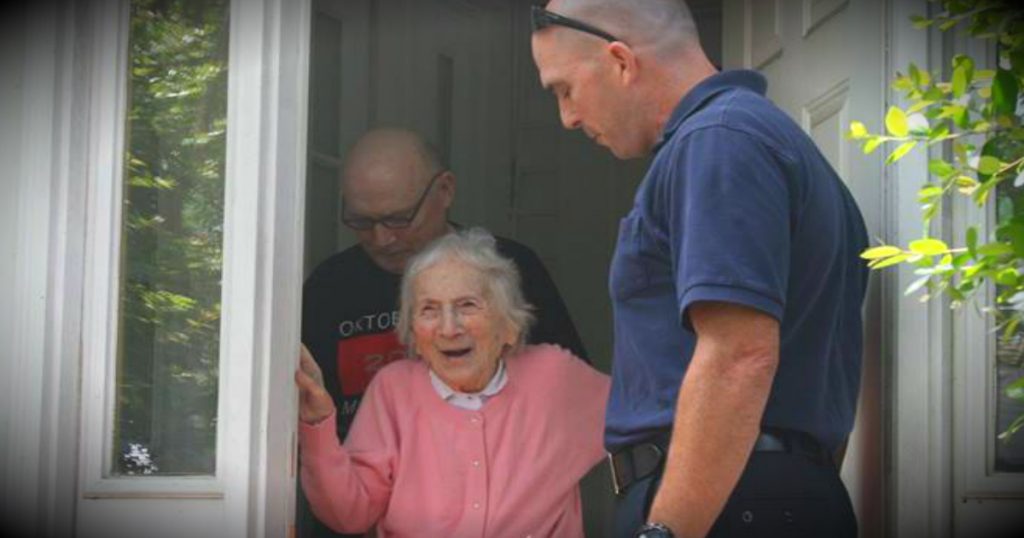