Marmots are large, squirrel-like rodents that are usually shy of humans. More often than not, when they run into people, they'll beat their tails and chatter their teeth, trying to warn them off. But when a special group of marmots see the 8 year old Matteo Walch, they cuddle up to him like puppy dogs. There is an undeniable, but very unique, between Matteo and a group of alpine marmots he met 4 years ago. 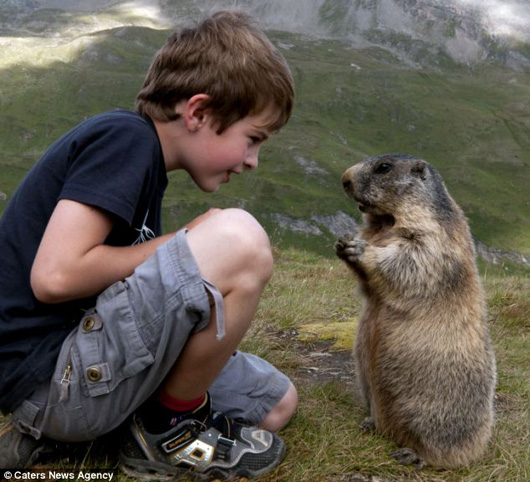 His family returns to visit the colony in Groslocker in the Austrian Alps for two weeks every year. His parents really can't understand the connection they have, but Matteo's mother Michaela said the friendship has lasted years now. 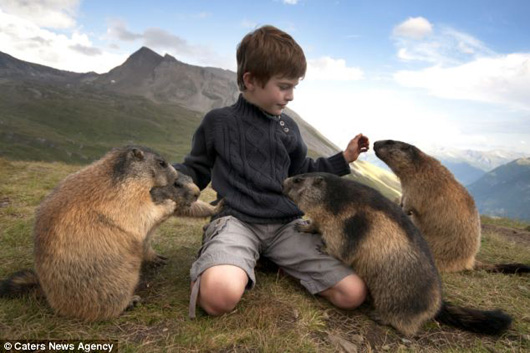 "He loves those animals and they are not at all afraid of Matteo because he has a feeling towards them and they understand that." 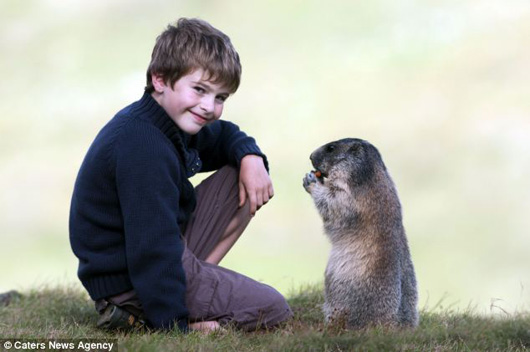 Over the past four years, Matteo's mother has captured almost every moment he has spent with the marmots. Matteo has spent countless hours bonding with the marmots. The animals are now so comfortable with the boy that they scurry up to him like dogs, cuddle with him and give him insight into their lives some researchers aren't even lucky enough to get. 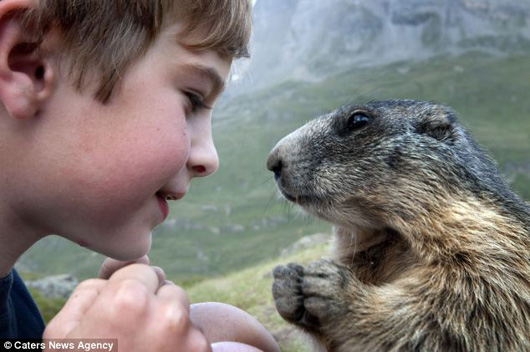 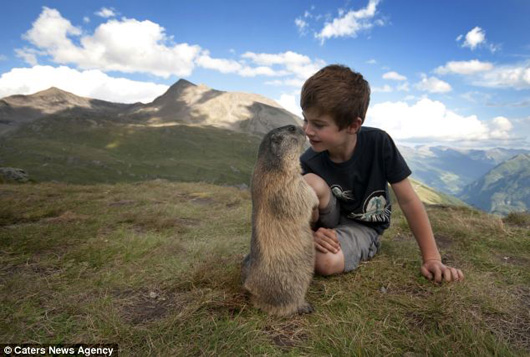 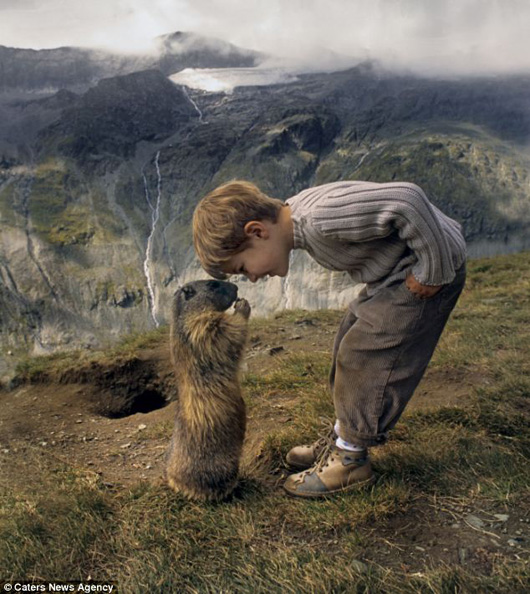 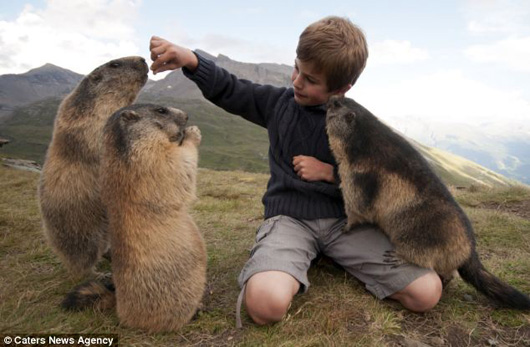 There are few bonds stronger than the one between a boy and his marmot. :)