49 Penguins That Were Rescued Get Released

What you see below is a group of 49 very happy penguins being released at Mount Maunganui beach in Tauranga, New Zealand. Why are these penguins so happy? 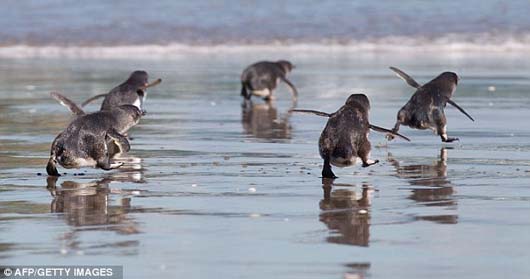 For the 2 months, they were in captivity. This was because a cargo ship ran aground on a reef near Tauranga. The wreck of the ship named Rena covered all of the little birds in oil. More than 400 tons of fuel leaked into the ocean, making it New Zealand's worse sea pollution disaster, killing more than 2,000 sea birds. 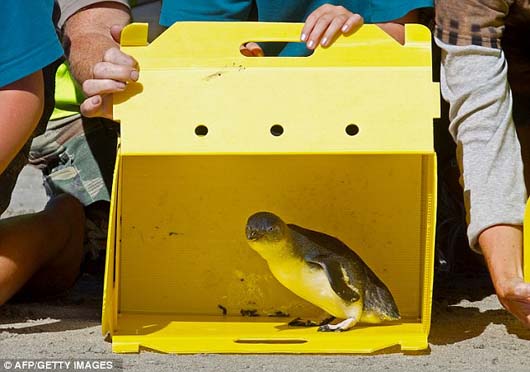 However, these penguins were lucky. They were saved by wildlife rescuers, brought into captivity and rehabilitated. It took a lot of cleaning and visits to the doctors, but these little guys were finally healthy enough to return to the wild after a couple of months. 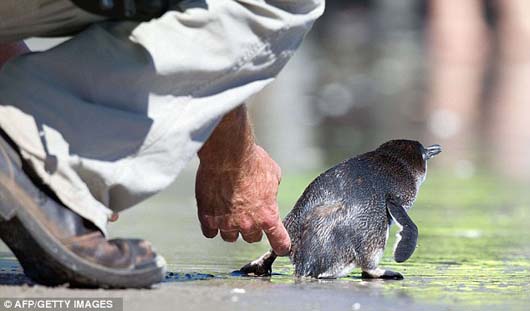 When the crates they were brought to the beach in first opened, many of the penguins weren't sure what to do. They peeked their heads out and waddled around... but once a few got the idea that they could be in the ocean again, they happily scampered as fast as their feet could take them! They may be a bit weaker than before, but they are just as healthy. Officials believe that over 340 penguins were nursed back to health after being doused in oil. 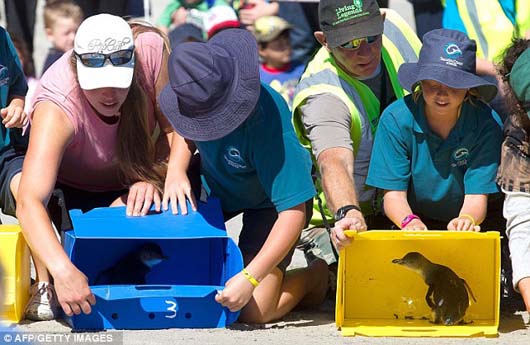 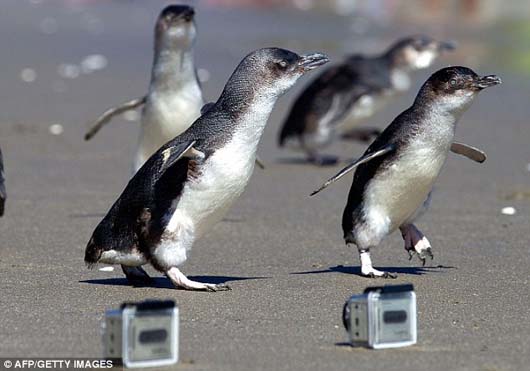 This kind of dedication to protecting and caring for animals in need is truly heartwarming. God bless the kind folks who spend weeks caring for these little guys!