A Christian Soldier Kept This in His Pocket. It Saved His Life.

Sometimes, God works in mysterious ways. Then, at other times, His miracles are as CLEAR as day! This is one instance where it would be hard to question God's intervention. A user posted these pictures and story on Reddit.com:

"During WWII my grandfather was in Europe. His mother sent him this Bible that was produced to keep soldiers safe on the battlefield. I'm glad someone had this idea because I wouldn't be here if they hadn't. He kept this in his shirt pocket, right over his heart when the bullet struck the cover during a firefight." 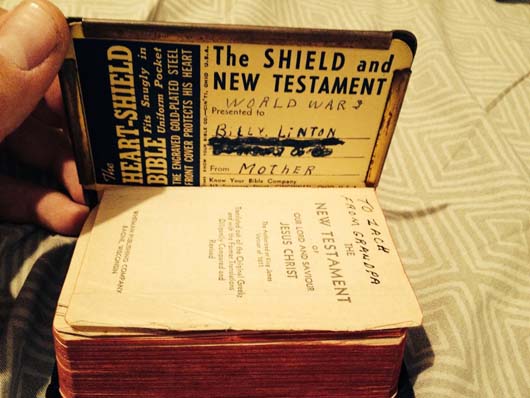 "From his mother to him, and from him to me. He passed away 2 weeks ago but before he died he gave me this. It's my most prized possession." 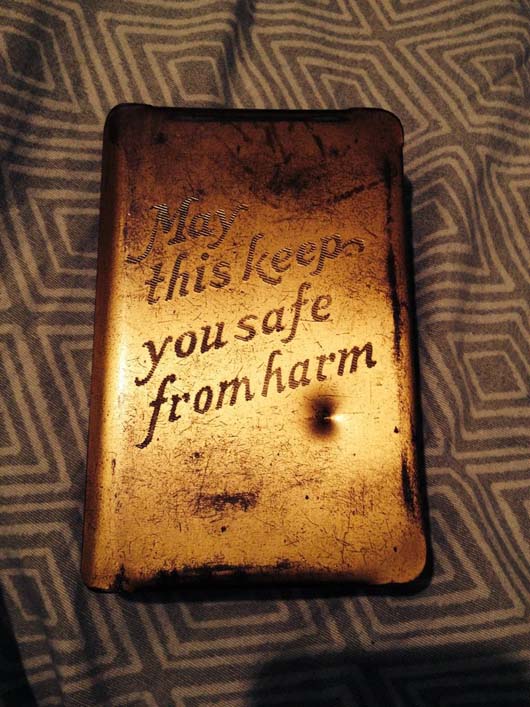 During his time of need, the Lord kept this soldier safe... and there is undeniable proof of that. Praise be to God!