WARNING: The photos below are heartbreakingly sad and will be hard to handle.

Walter Joshua Fretz was born at only 19 weeks. Once born, he only lived for mere minutes. The words of his mother are so touching, you simply need to hear about the birth and death of little Walter. His short life shows that at no matter what stage of development a baby is in... they are a little child of the Lord. 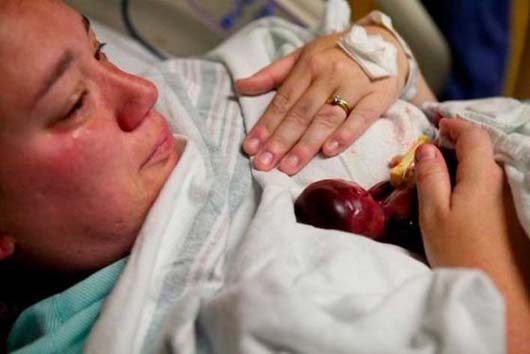 "I cannot say enough good things about my doctor and nurses that were there with me. They never once mentioned the word fetus. They prayed with me, cried with me and were there for my every need. Even in a time of so much pain I felt loved by them all." 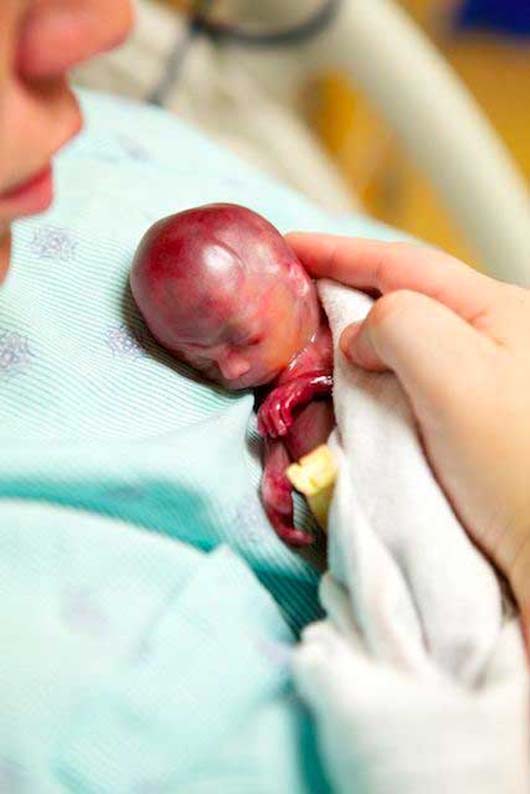 "The next morning, Rachel brought our daughters to the hospital. There wasn’t ever any doubt in my mind that I needed to have the girls in to see their brother. Michayla especially has been so excited about the baby and really wanting a brother. She knew something wasn’t right and kept asking Rachel and then her daddy as he brought them to our room about the baby. She kept asking if the baby was ok and if we could take him home. It took Emma a little bit to comprehend what I was telling her when I told her that Jesus took their baby to Heaven with Him, but she did understand as well." 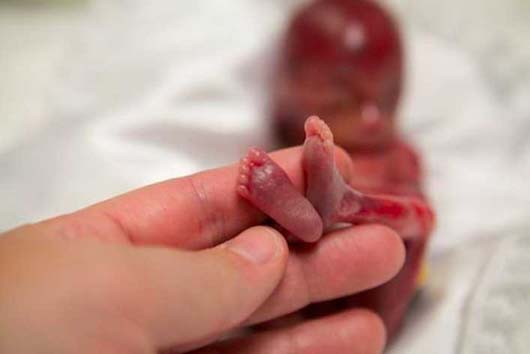 "I have gotten messages from people all around the country who have experienced a loss or were just touched by his story. I’ve even had a few people tell me that they were able to use his photos to reach out to a hurting woman who was contemplating an abortion. Just because the child within cannot be seen by us does not mean that he is a blob of cells. Walter was perfectly formed and very active in the womb. If he had just a few short more weeks he would have had a fighting chance at life."" 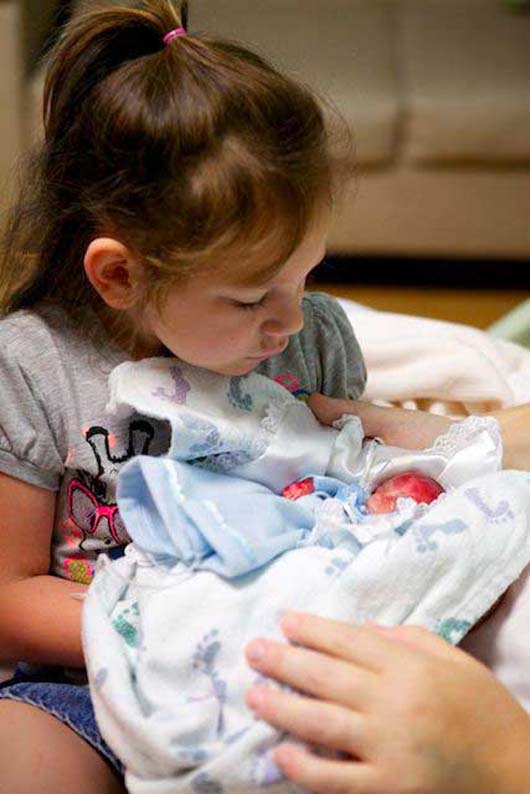 These photos prove that, no matter what stage of pregnancy a woman is in, she is carrying a LIFE. There is a child inside of her, one of God's children. 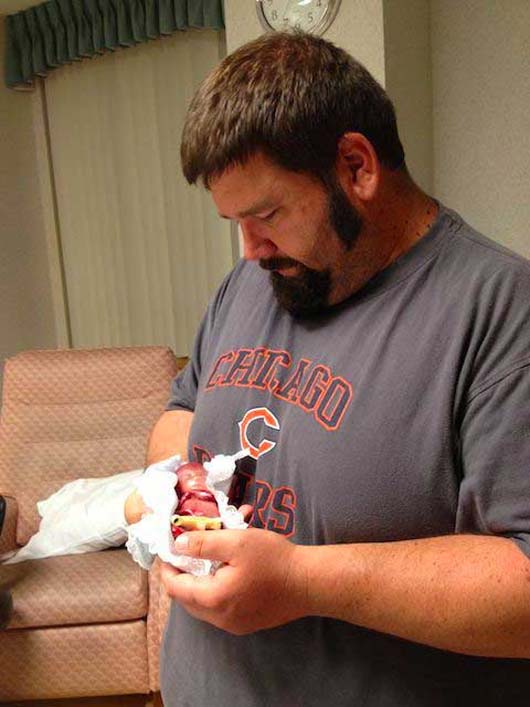 That life should be respected, no matter how tiny. Walter, if born a few weeks later, would have lived. But his brief time on earth with his family taught them just how precious new life was. Not only that, but we hope these pictures teach more people about the importance and miraculous nature of life.

We pray that the Fretz family finds strength and that Walter's story inspires women to keep their unborn babies and respect their lives.