A Special Boy and His Miniature Horse - a Touching Tale

Zaiden Beattie is a very special student at Russian Jack Elementary School in Anchorage, Alaska. He is one of only 300 children in the U.S. diagnosed with A-T, or ataxia-telangiectasia. A-T is a genetic disorder that results in the detereoration of children's ability to coordinate movement. Over time, Zaiden's ability to move and walk would get worse and he would need help. 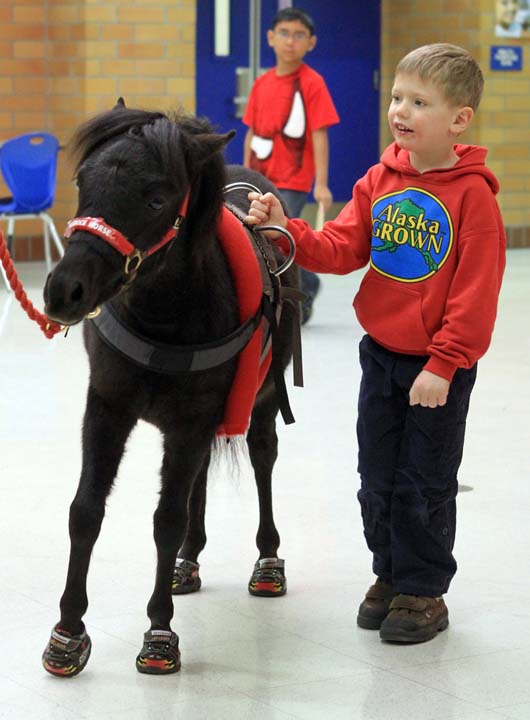 Zaiden's mother, Lesley Zacharias, is a professional horse trainer. While he is still able to walk, he needs stabilization. That's why Lesley and Zaiden looked high and low for an animal that would be able to help Zaiden.

"He moves around a lot better and has more energy if he's got a hand on someone, either holding someone's hand or a hand on something," Zacharias said. "My personal goal is first grade with a pony instead of a walker." 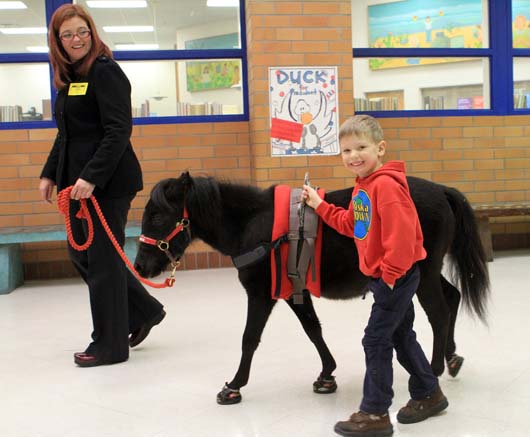 Zoe is a 10 month-old black mare that is highly intelligent, loving and just the right size for Zaiden. The top of her head only reaches the waist of an adult, but her size allows Zaiden to stabilize himself whenever he is walking. She is loving and warm, but knows to get down to business and isn't distracted from helping her master. 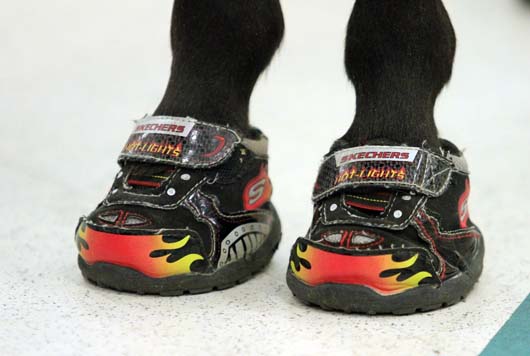 The little boy's disease will get worse and worse. Most children with A-T die in their 20s, but his family wanted to make his life so special while he was still around. 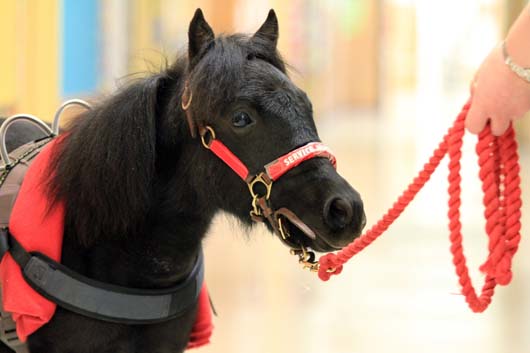 "It's progressive. Fatal. Basically he's going to lose his brain cells in his cerebellum, so he'll just continually lose motor skill ability," Zacharias said. "But intellectually, he's going to be there the whole time." 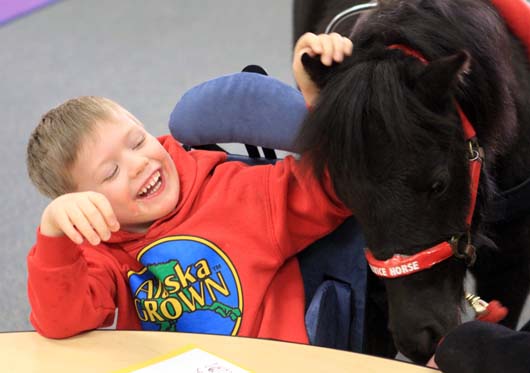 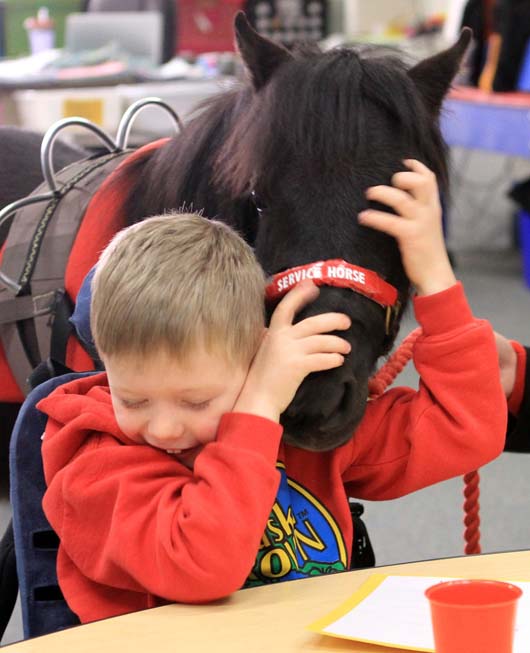 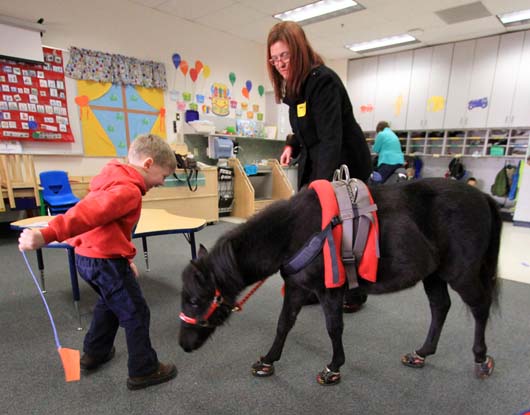 U.S. Department of Justice regulations that took effect in March 2011 recognized miniature horses as service animals under the Americans with Disabilities Act, and Lesley became determined to find one to extend her son's mobility. Even though allowing a miniature horse inside of buildings seems like a crazy idea, the town has embraced Zoe and Zaiden as a pair. She has only had a couple of accidents inside the school, but the staff would rather deal with a cleanup every now and then instead of Zaiden being already confined to a wheelchair.

God has a plan for each and every one of us - and we were all put on this earth for a reason. Zoe was born to help Zaiden. Keep Zaiden and his family in your prayers, but also learn from this brave little boy who just wants to be normal... he is an inspiration to us all.