A â€˜Tough Guyâ€™ Just Did THIS For A Struggling Mom At Walmart!

Don’t judge a book by its cover. A quote that gets repeated often, and yet, time and again people are judged simply for how they look. Take David Bugarin, for example. 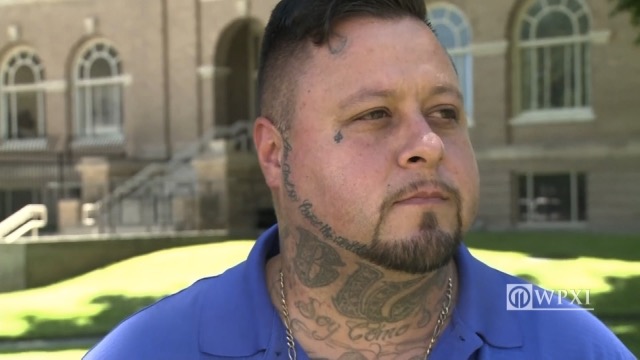 Most people see his many tattoos, including the horns tattooed to his forehead, and they expect the worst. But in a random act of kindness that shocked those around him, David is proving he is more deserving of angel wings than horns!

David was doing some shopping at his local Walmart. He got into the checkout line, and couldn’t help but notice the in line ahead of him was having some trouble. 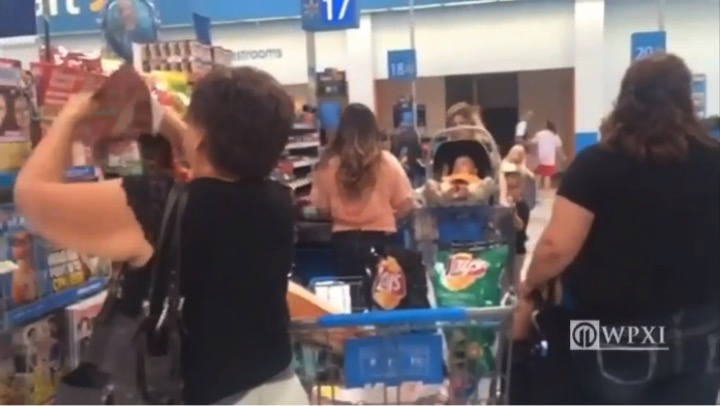 She had two kids with her on her shopping trip, and when it came time to pay, the busy mom’s credit card was declined. For anyone who’s had that happen before, you know just how embarrassing and frustrating it can be.

The woman started to gather up her kids, preparing to leave the store without the items she’d intended to purchase. And that’s when David stepped in. He says “something” told him to help her out, and we all know that something was the whisper of the Holy Spirit.

David reached into his front pocket and handed the woman $100, trying to make sure other shoppers didn’t see. After handing over the cash, David said, “God bless you” and took off, not wanting to make a big deal of his good deed.

But other shoppers did see, and it left a huge impression. Those who had first only seen a tough looking guy with horn tattoos now saw the heart and compassion of Jesus. News of David’s kindness soon hit social media. 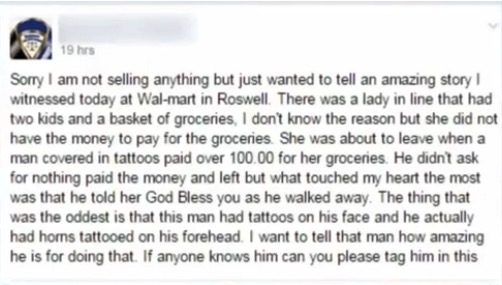 David, who says he believes that random acts of kindness make a difference, didn’t help the woman for any type of attention. But he admits that it is nice to finally be seen for who he really is and not just for his tattoos.

"I get the looks and I see the people get uneasy when I come around, until they know me, until they talk to me and find out who I am."

“Truly I perceive that God doesn't show favoritism but in every nation he who fears him and works righteousness is acceptable to him.” Acts 10:34-35

These Christian men are paying for strangers groceries...and what they said will give you chills! 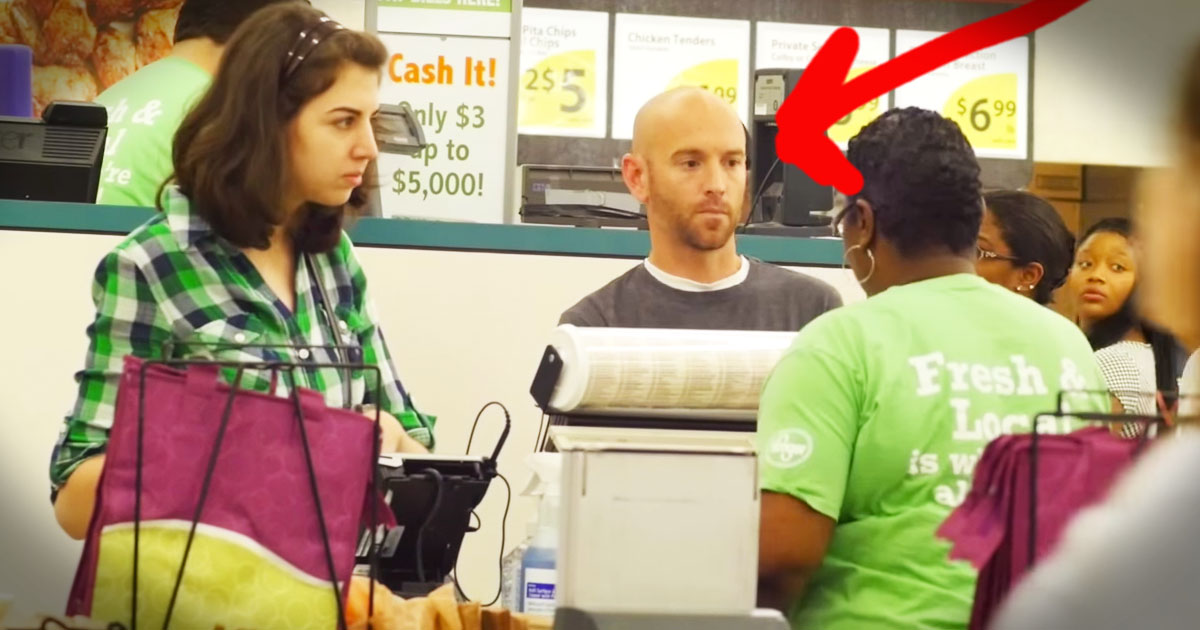 A stranger paid for their groceries because giving is better that receiving!