An Angel Saved This Morbidly Obese Dog From His Owner... and Transformed Him!

Obie was rescued from aging owners who were over-feeding him. They simply couldn't say no to his sweet face, but they were killing him with kindness. He was morbidly obese, barely able to move on his own. A woman rescued Obie from his family, who tearfully let him go, and transformed him into a dog you won't even recognize. 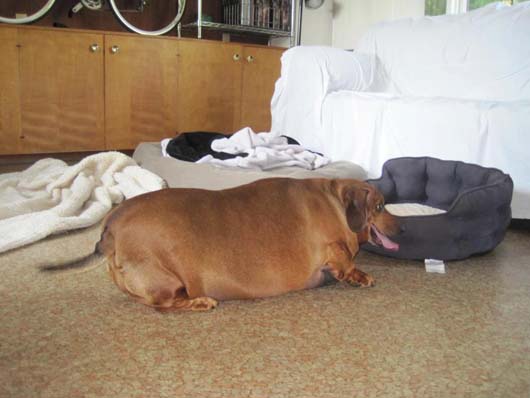 When Nora first met Obie, he weighed 77lbs. He is a standard dachshund. She was shocked by his weight; he needed to lose 40lbs or more to be within a range that wasn't fatal. 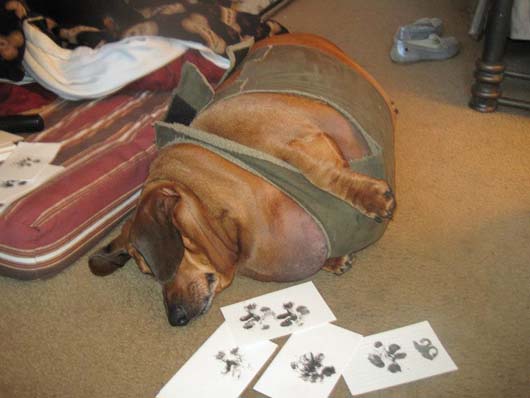 But Obie had a guardian angel. Nora has a degree Animal Science from Colorado State University and learned from some of the most well renowned authorities on nutrition and animal behavior. She spent 8 years working as a certified veterinary technician and currently work as an EMT and CNA. No one was more qualified than her to give Obie a second chance at a healthy life. 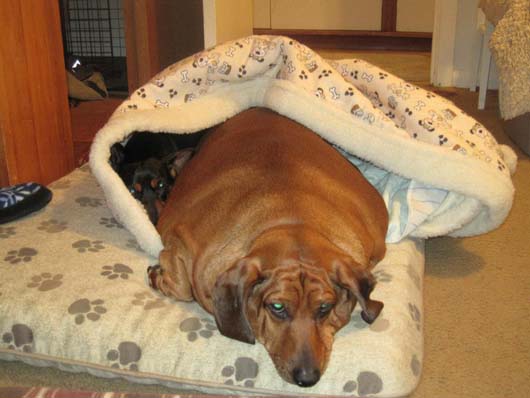 She changed his diet, began daily exercise and helped this chubby dog form healthier habits. She also owned a black lab and another dachshund that were active and healthy. They accepted Obie into their pack and were positive role models for the little dog. 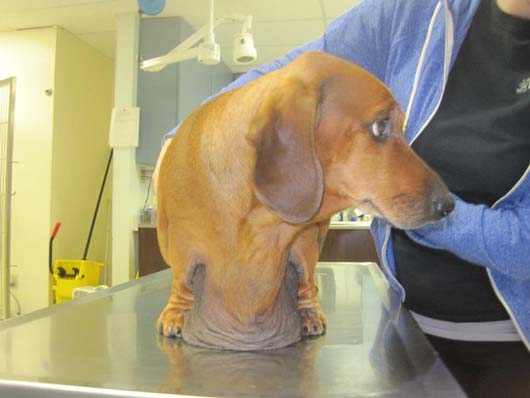 After months of hard work, Obie began losing weight. It was a slow and steady process with him becoming happier and healthier every day. At one point, he lost enough weight to where his skin and flab were sagging off of his body. He needed surgery to remove the extra folds so he could continue exercising like a normal dog.

Click on the next page to see Obie's progress!

After surgery, Obie was ready to start working out again! 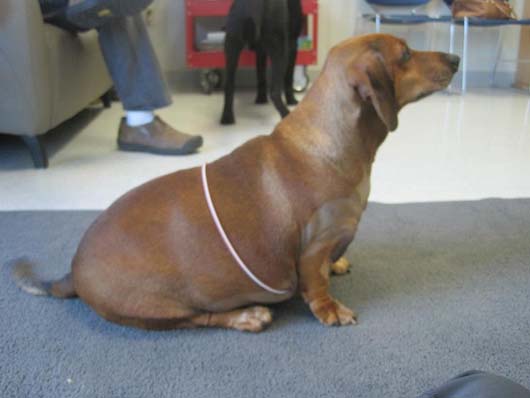 Little by little, the fat melted off of this dog and he was transforming into a happy little dachshund (and a handsome one at that). 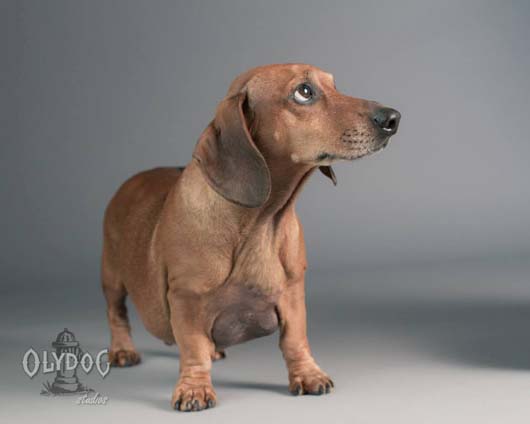 It's incredible that Obie used to be able to fit in the harness shown below. His progress is absolutely jaw-dropping. 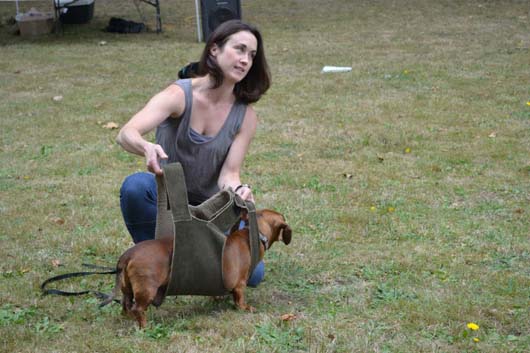 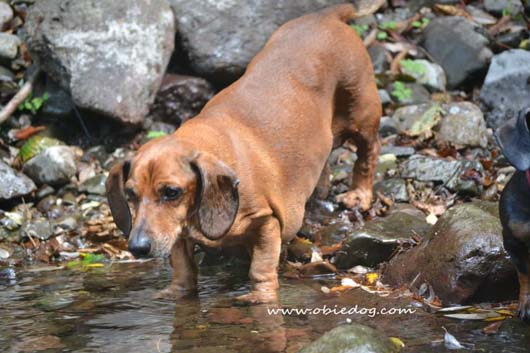 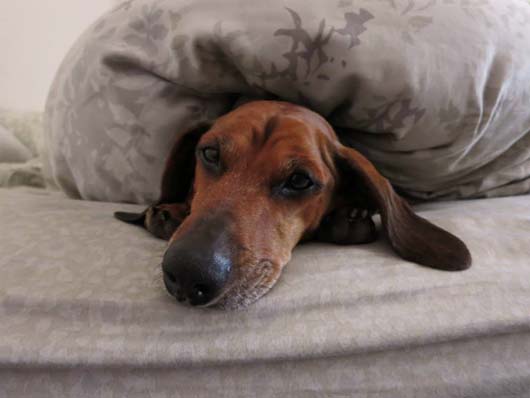 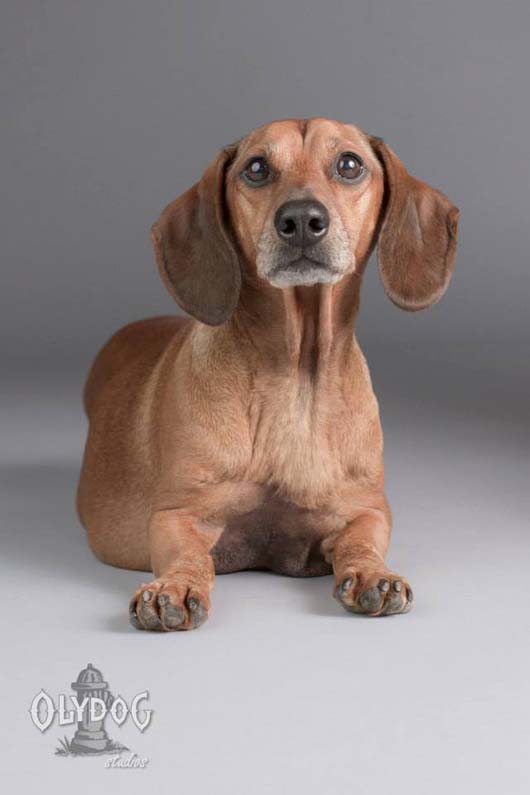 This is a recent picture of Obie; happy, healthy and in a normal weight range! 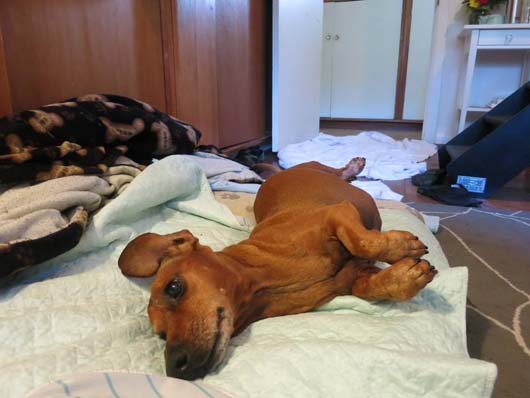 You wouldn't be able to guess that he used to weigh 77lbs, more than double than what an average dachshund should weigh. 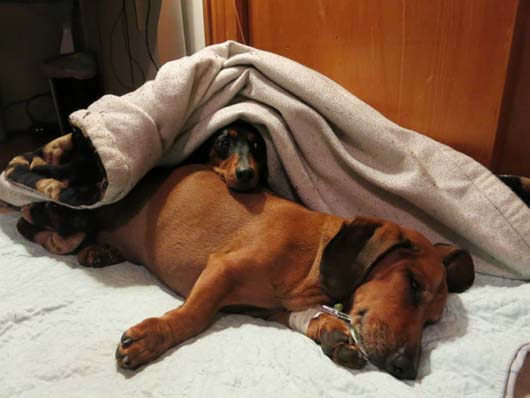 God bless Nora, the vets and the other pups that helped Obie slim down to a healthy weight. Without intervention and rehabilitation, he would have died at a very young age. Now, he will live a long and healthy life. :)

Be kind and protect God's creatures. Overfeeding is abuse, even if you don't mean to hurt your pet, you are.