Karla Begley is the mother of a 13 year-old boy with autism. Last week, her family received an anonymous hateful letter. The author complained about her son's noises and behaviors. They even went so far as to suggest they euthanize their son. The letter they received is pictured below (but be warned, the author's hatred and intolerance is disturbing): 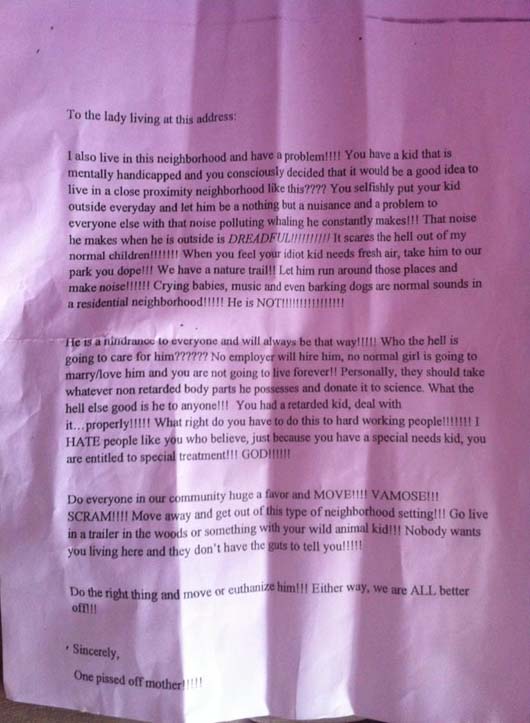 As a response to this letter of hate, Karla had some things to say:

"If Max's sounds bother someone, I'd hope that person would let us know in a respectful way. Give us a chance to handle it instead of being cowardly about it. I'd rather people bring things out in the open. Sometimes, kids come up to me and ask "Why does he talk funny?" The parents are embarrassed. But if the mom isn't going to talk properly to a child, or teach him that kids with autism are not contagious, I will! ... I'd rather kids ask than grow up to be the sort of people who write nasty letters about autism!" 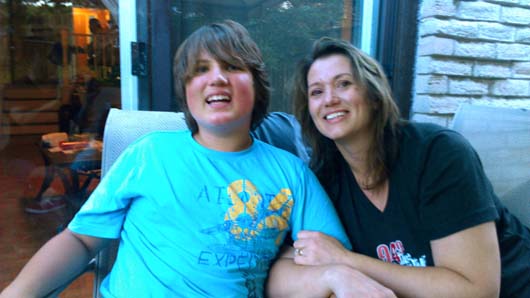 The letter says that Max is a burden, but she believes he is a blessing, "I think I'm lucky: How many mothers still have their 13-year-old son wanting to sit on the couch, have mommy time and cuddles, and not be afraid to show love and affection?"

Her community was outraged by the hateful letter, sticking together and supporting Max. If his story moved you, please share it. We should be spreading love, understanding and Jesus's teachings (not hate). :)