Landon Whitley was 8 years old when he and his parents were in a harrowing car accident. The boy died 3 times as rescue crews worked to save him. And when he came back, he had vivid memories of Heaven, including the two siblings he'd never known!

***Warning: Some images may be considered disturbing***

The accident occurred as Landon and his parents, Julie and Andy, headed home from church. An ambulance, on its way back to the station, t-boned their car in an intersection.

Landon's father, Andy, died instantly. His mom, Julie, was seriously injured, but rescuers were able to get her stabilized at the scene. Landon, who was sitting behind his father, was another story.

RELATED: Prayer brings a miracle for a little girl who stopped breathing for more than 12 minutes

Because of the severe damage done to the driver's side of the car, rescuers didn't realize their was a third passenger right away. It wasn't until they saw Landon's shoe that they started searching for his body. 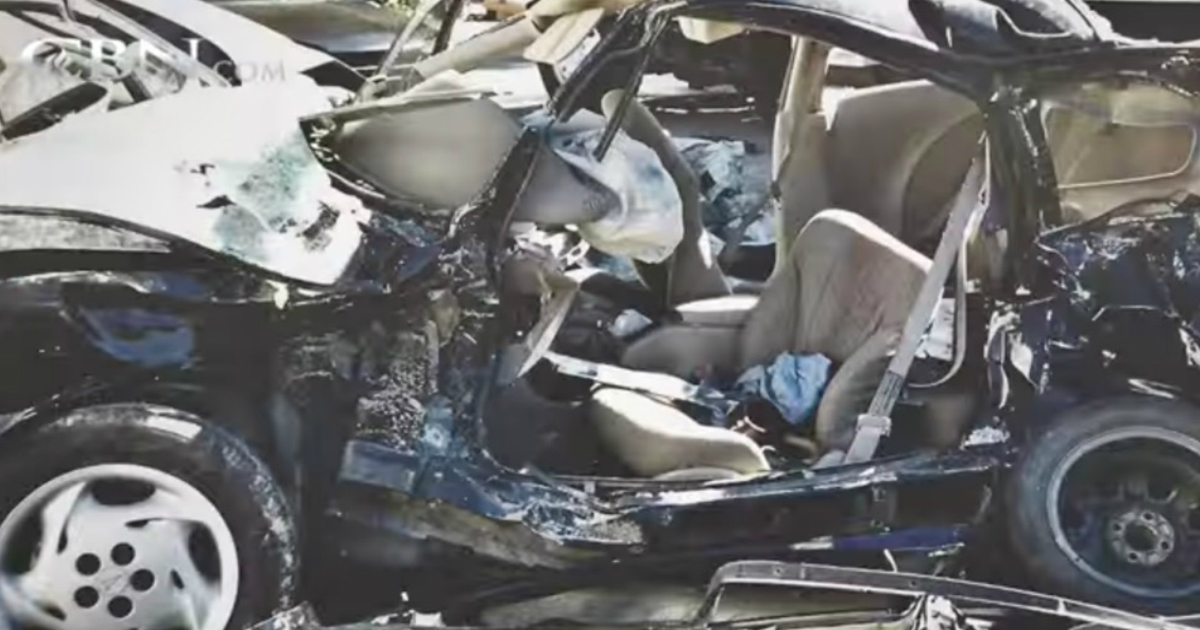 By the time they pulled him out, Landon wasn't breathing.

Rescuers went to work right away on Landon. The boy died 3 times total as medical staff fought to stabilize him. Once they succeeded in keeping him alive, doctors still didn't have much hope for the little boy.

"They told me that if he lived. . . he would be like an 8-year-old baby. That he would not know how to walk or talk or to eat because of all the brain damage,” Julie recalled. “I was so desperate that that was okay. I would take that just to have him. He was all that I had.”

Julie remembers sitting at her husband's funeral, with her son in the hospital fighting for life. In that moment, she felt completely abandoned by God. But after running through all the feelings of "why us?," she started praying. She desperately prayed for a miracle -- prayed for her son, who was in a coma, to live. 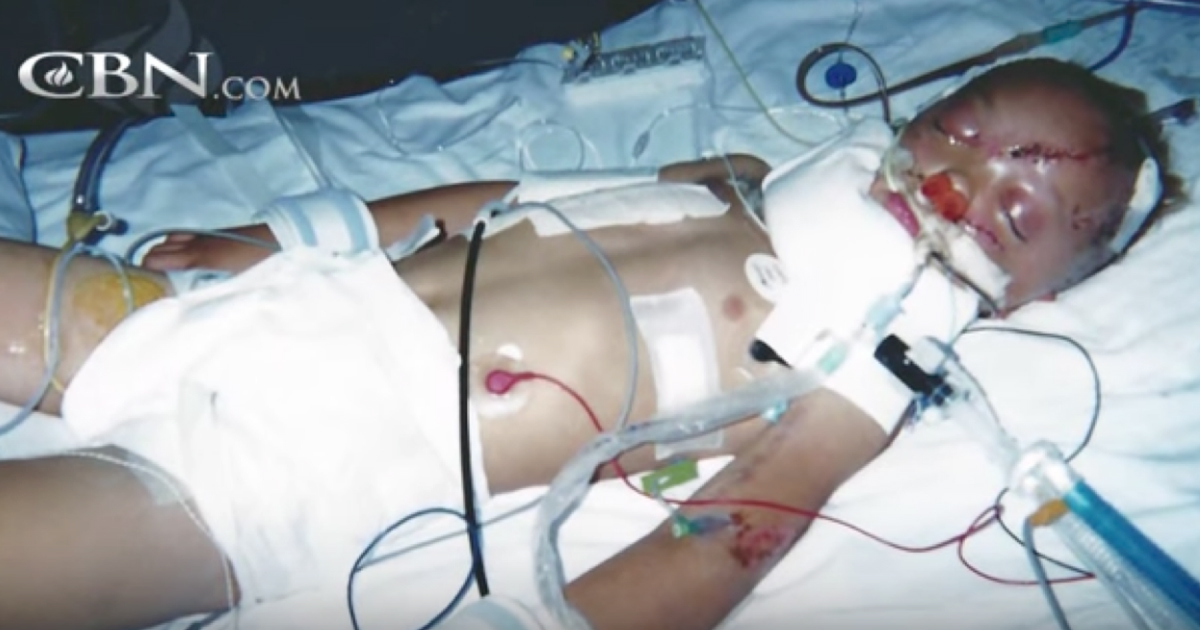 “He’s hooked up to all kinds of machines to keep him alive,” she said, “And there are no signs. There’s nothing good or bad. They see nothing happening. I kept praying that he would open his eyes.”

RELATED: Girl sent home to die gets a miracle when she wakes to see Jesus

It took a few weeks, but Landon finally did open his eyes. The boy died 3 times and suffered major head trauma. And yet, he had no brain damage!

As excited as Julie was to see her son awake, she mustered up the courage to deliver the terrible news of his father's death.

His response shocked her.

Landon went on to tell his mom all about the other people he saw in Heaven, all of which were folks who'd passed away. But the kicker came when he shared how he'd met his two siblings, whom he'd never known on earth.

“He looked over to me and he says, ‘Oh mom, by the way, I forgot to tell you. I saw your other two kids.’" Julie recalled. "I had two miscarriages before Landon was born. And he saw them in Heaven. We had never shared that with Landon. He did not know that we had lost two children before him.”

Landon is all grown up now. He has 23 metal plates in his head, bone from the back of his skull was used to reconstruct his nose, and he can’t see out of his left eye. But otherwise, he pretty much leads a normal life. But it's one with a special purpose, and he still remembers his time in Heaven.

Landon says each time he died, he had a different experience in Heaven. In his final visit, he got to meet Jesus.

"Jesus came to me and told me that I have to go back to earth and be a good Christian and tell others about Him,” Landon said.

RELATED: Here are 10 powerful reasons to believe in Heaven

He and his mom are using their personal tragedy to bring others closer to God. As part of her healing process, Julie has written a book, hoping to inspire others to persevere through life's difficulties.

“These days I can thank God for giving me the strength to get through it,” she said. “I didn’t see the strength when I was going through it – I saw the challenges and the hurt.”

And she says it's a blessing to watch her son tell folks all about Jesus. And for Landon, Jesus is the reason for it all.

“I just want people to realize that Jesus is real, there is a heaven, there are angels. And to follow His word and the Bible and life does get better at the end,” Landon says. "I’ve seen Jesus. I know He’s there. He’s asked me to do this and this is what I’m doing.”

YOU MAY ALSO LIKE: This 4-year-old is letting everyone know that Heaven is real after visiting Jesus during surgery 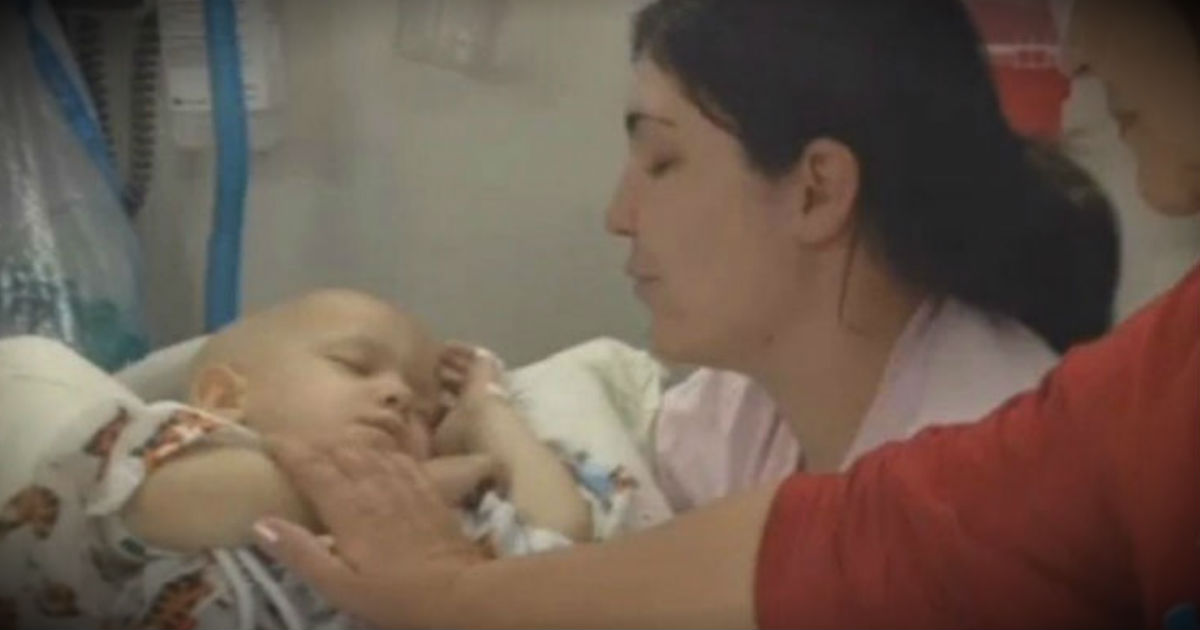