In the footage of the Boston Marathon bombings, there were many terrible things to see. However, amidst the tragedy, there was a hero in a cowboy hat named Carlos Arredondo that saved lives of those hit by the blast or shrapnel. 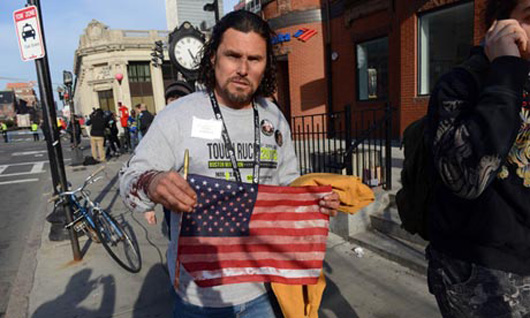 The 52 year-old Costa Rican immigrant is visible in many photos and footage. What was he doing? He was running TOWARDS the carnage and disaster. Without thinking of himself, he ran towards the explosions so that he could help the wounded. 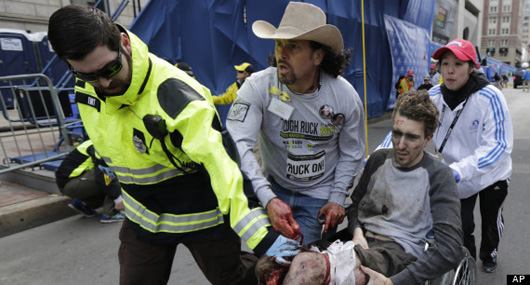 In one graphic photograph, Carlos was pinching shut the end of an artery on the severely injured leg of a man being carried away in a wheelchair. "I kept talking to him. I kept saying: 'Stay with me, stay with me,'" Arredondo told the newspaper Maine Today. 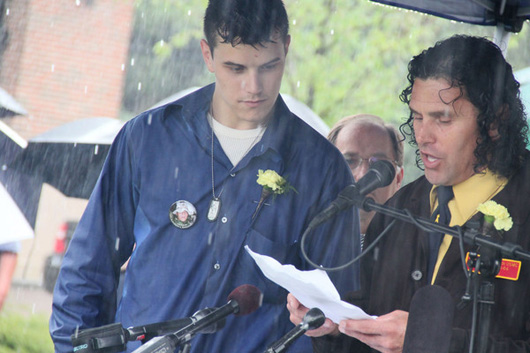 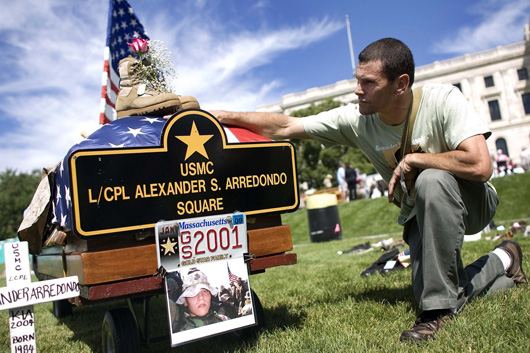 Carlos was there originally to support a runner who was in the race in memory of Carlos' son Alexander Arredondo. Alexander was a corporal in the US marines who was killed by a sniper in 2004 in Iraq. In December 2011, Alexander's younger brother Brian committed suicide. Carlos had to live through both of his sons tragically passing away... yet in the face of danger, explosions and death, all he could think about was saving others. 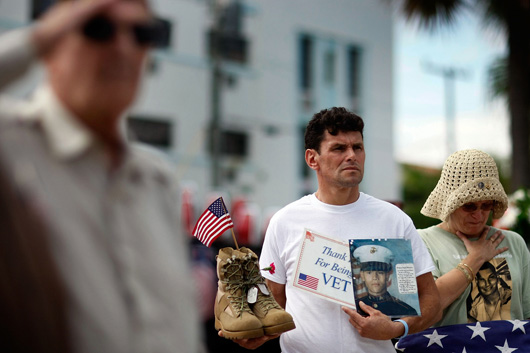 No matter what his background or reasons, he saved people who were scared, bleeding and possibly dying. God Bless you Carlos, there should be more heroes in the world just like yourself.

(via HuffingtonPost.com and Guardian.co.uk)