After a long and tiresome journey, a little cat named Egor is back with his family. During the violent tornadoes in Moore, OK, the cat was separated from his family and then buried under piles of rubble. The Humann family thought that Egor was gone for good; he wasn't seen for almost a week! 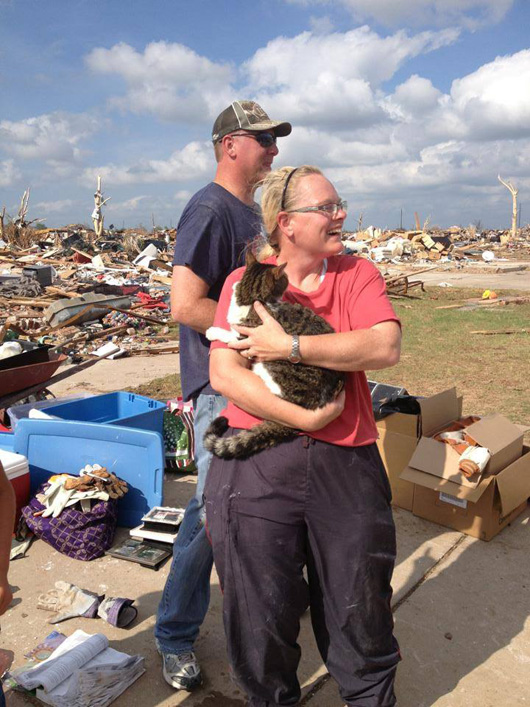 Then, a Boy Scout from Troop 787 named Justin Hulmerangel was doing tornado relief work in the area of the Humann's house and found the frightened, trapped thirteen year old cat. For 6 entire days, the kitty was stuck underneath heavy piles of debris, unable to get out and look for his family.

Soon after being found, Egor was returned to his extremely grateful family. They took him to OSU’s College of Veterinary Health Sciences Teaching Hospital for a check-up. The cat needed IV fluids, his blood pressure was low and his liver function needed to be checked. He went days without food or water and it was a miracle he was in such great condition! 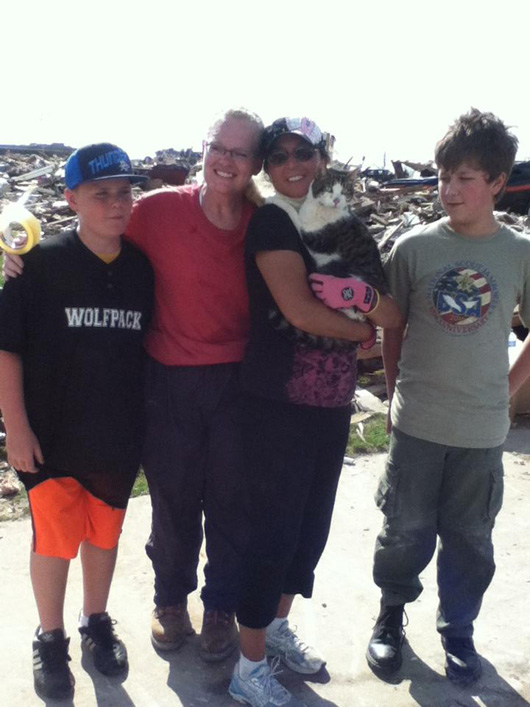 Jo Humann told Oklahoma Department of Agriculture, Food and Forestry staffers, "Our family is complete. Egor our 13 year old cat was found after 6 days of being trapped in the ruins of our home from the tornado. Thank you for taking care of him during his time of need. God Bless you all!!"

We pray that other families (both human and animal) that were torn apart by the tornadoes in Oklahoma are soon reunited, just like Egor and his family were!