Sun City West resident Gwen Maxwell said that when she went on a walk one day this week, she thought she saw a small, oddly shaped puppy cross the street. She attempted to follow it, but it eventually disappeared into some bushes. After some serious searching, Gwen found the animal; it was a tiny coyote puppy and the poor dear was covered from head to toe in cholla cactus spines. 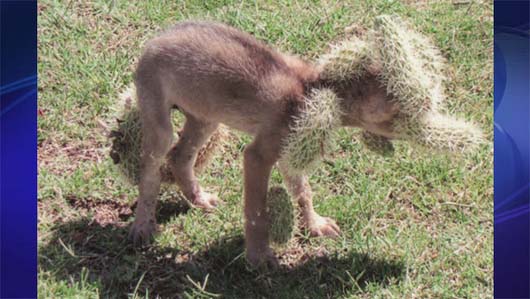 Gwen waited to see if a coyote mother would come for the pup, and sure enough, she did eventually show up. Tragically, the mommy coyote knew she couldn't do anything for her baby, so the only thing she did was walk circles around it, wait, and walk some more. 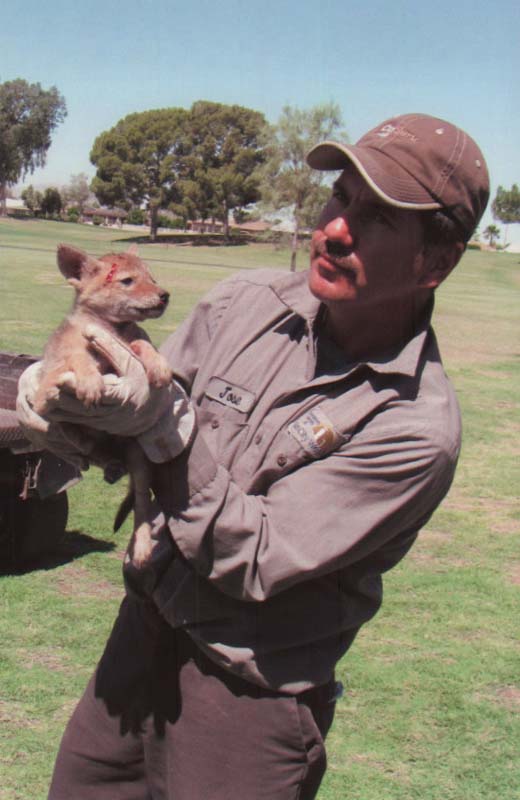 Eventually, the coyote's mother had no choice but to leave her pup behind. There were too many humans nearby and she didn't know how to save it. Eventually, the tiny pup wandered into the Pebblebrook Golf Course, where a maintenance worker named Jose Soto and Assistant Superintendent Shawn Bordine found him. 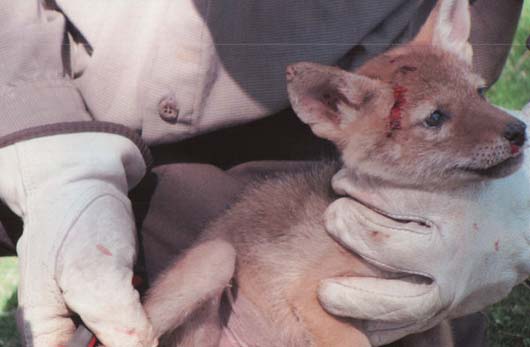 With the help of heavy leathter gloves, pliers and patience, the two men were able to save the coyote pup from his prickly prison.

"Jose and Shawn did such a good job," said Gwen. "They were very gentle." 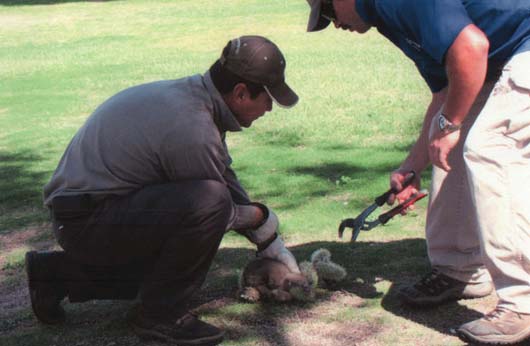 After freeing the pup and making sure he was okay, they took him back to the houses where the rest of the family was still waiting. His siblings and parents were still there, loyally waiting for the missing coyote. 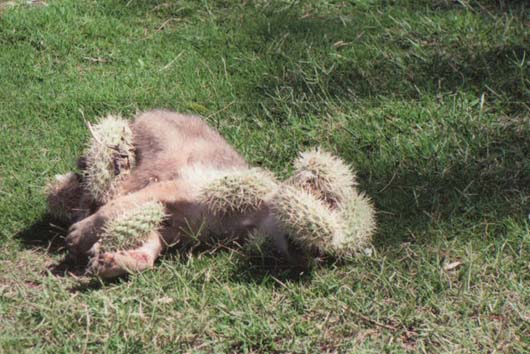 "Dad gave him a couple of licks, they played, and then ran away," said Shawn. "I’m glad we were able to help, because I hate to see an animal down."

All of God's creatures are precious; if you see one in need of help, then help it! :)