Daring Rescue of a Doomed Baby Elephant and Its Mother

Stuck in a deep, drying mud hole, this baby elephant seemed doomed. She was separated from her herd and only his mother was there to try to save her. Her risky move to rescue her panicked calf resulted in her being stuck in the mud as well. The two elephants were then without hope... that is, until a team of kind conservation workers rushed to free the small family.

Because of the fast-drying mud, the team had to move quickly. Not much time had passed since they first saw the pair and the elephants seemed even more cemented in the ground. The workers managed to quickly slip a rope around the little calf - pulling the elephants out of the muck would be the only way to free them. 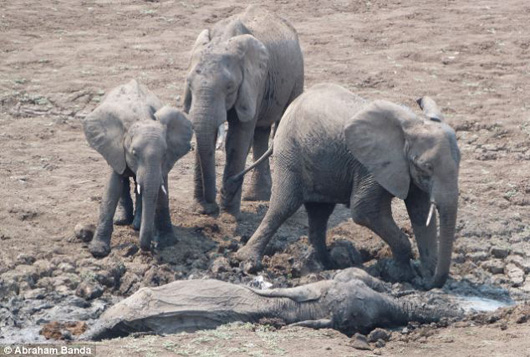 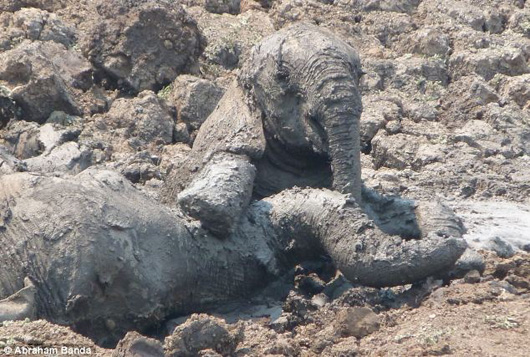 The work was tough - not only was the elephant calf afraid of the humans and tried to stay close to her mama, but her mother was panicked as well, thrashing her trunk around and nearly hitting the people trying to help them get out of the sinkhole. 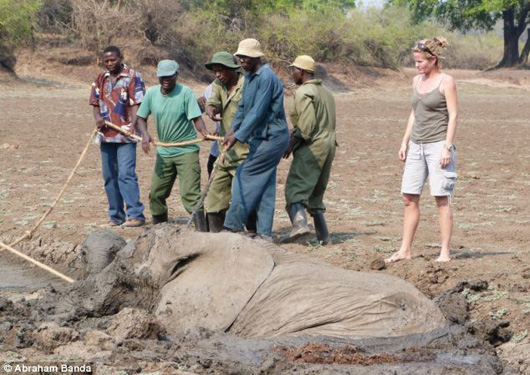 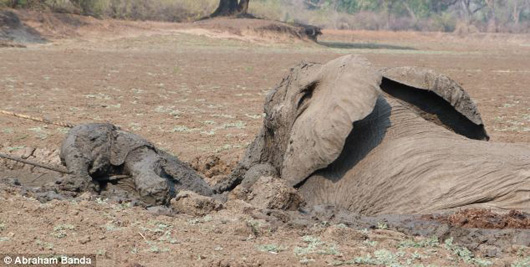 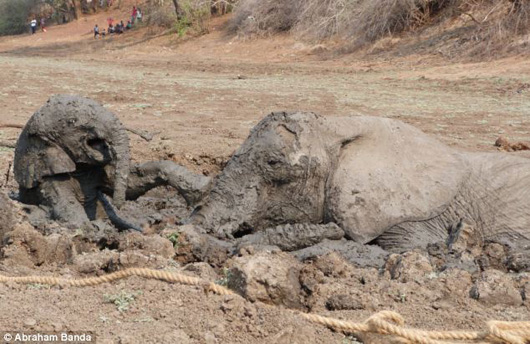 Eventually, the workers were able to successfully pull the calf to safety. The poor thing was shaking and nervous, fearful of what her rescuers might do to her. Fretting, the calf kept calling out to her mother, who was still stuck in the mud. 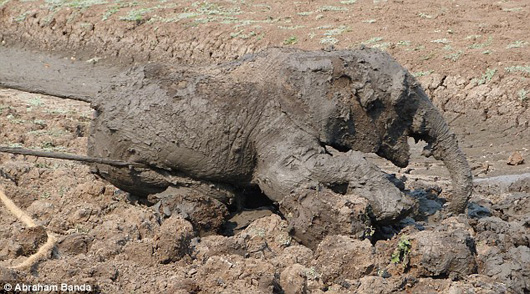 At one point, rescuers had to yell at the baby elephant to prevent it from going right back in the mud to join its mother, what it was trying desperately to do. Both animals knew they were in a terrible situation, but their strong bond couldn't be separated even then. They wanted to be together. 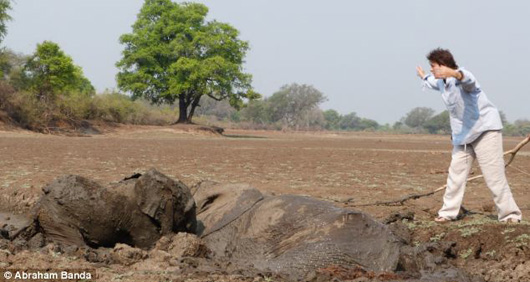 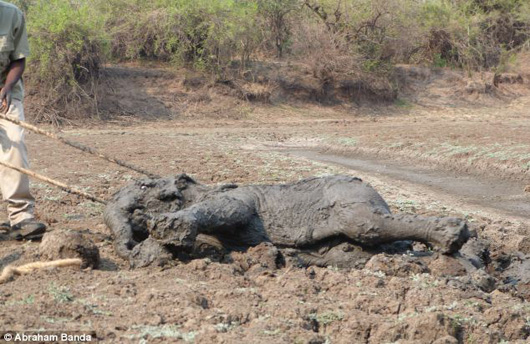 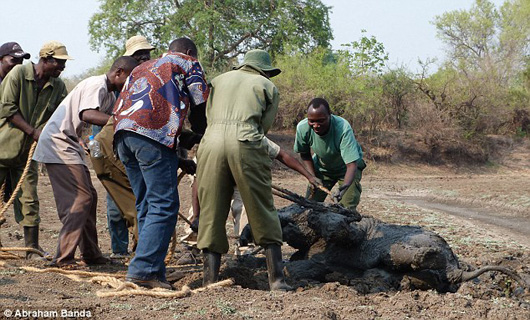 Once the calf was dragged completely away from its mother, it ran off to find its herd and be comforted by its family. Her mother, though, seemed resigned to her fate in the mud. 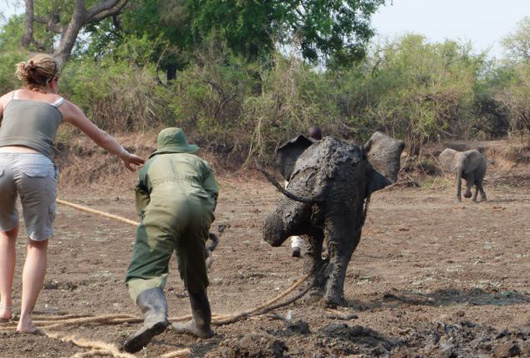 But the rescuers weren't about to let her die, either! 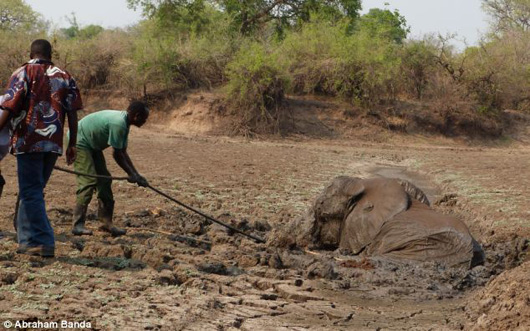 It took more man power, but they managed to get rope underneath of the mother as well and attached the ends to a tractor. Some conservationists might say that this group shouldn't have meddled with the natural order of things, but these kind people couldn't just let this mother and child die. 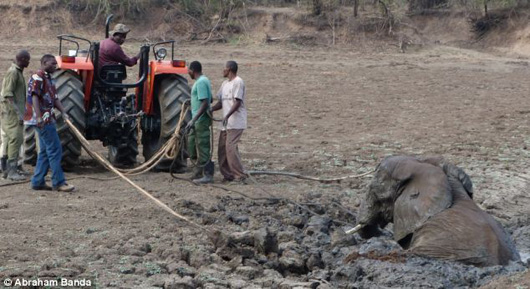 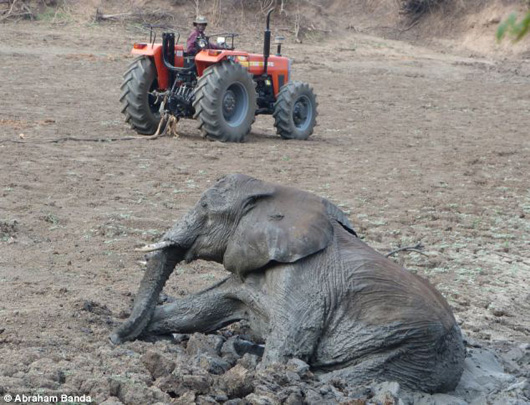 Slowly but surely, mama elephant was pulled from the dry, sticky mud. In the background, the cries of the panicked baby could be heard - cries that motivated its mother to struggle until she was free. 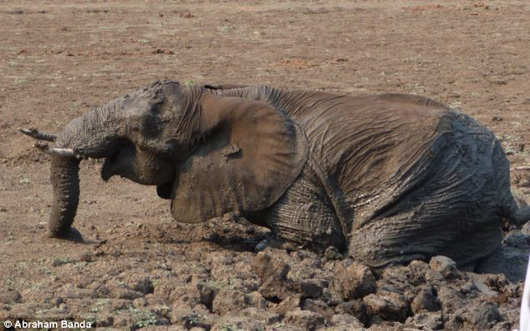 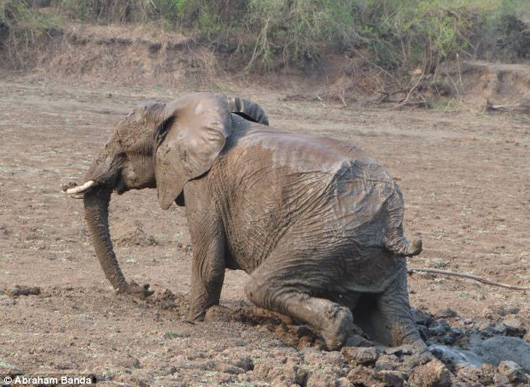 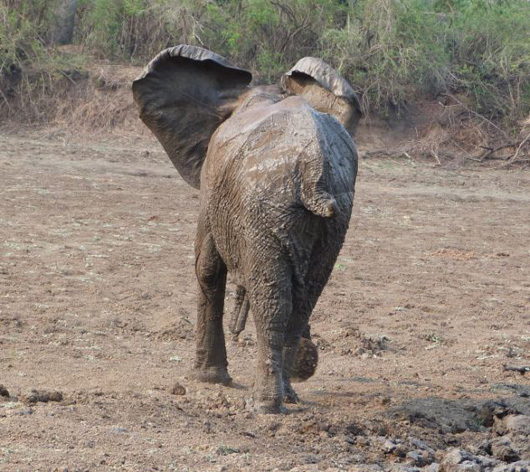 Finally, the mother was free! As soon as she was out of the hole, she ran off to find her herd - and the baby that was rescued before her very eyes, when she thought all was lost.