3 Orphaned Puppies Get an Emotional Rescue

This is a touching dog rescue story that will really tug at your heartstrings. Two months ago in August 2012, three abandoned puppies were rescued from the wilderness where they were living alone and barely surviving. They were separated from their mother when tragedy struck.

Eldad Hagar, a kind man who runs an organization made to help homeless animals called Hope for Paws (http://www.hopeforpaws.org), got the call about three puppies alone in the desert. The two women who called into Hope for Paws had been feeding and giving water to the puppies for three months. At one point, Gaia (the mother of the puppies) were with them... but then she was gone. When Eldad arrived on scene, Sydney, Mathilda and Gabriella (the three puppies) were alone. 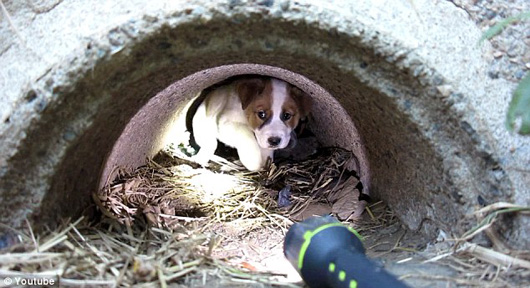 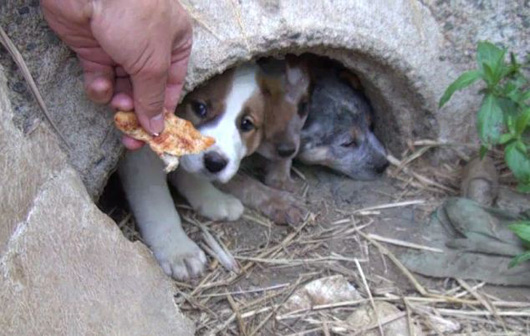 Their mother, Gaia, was pregnant when she was dumped on the side of the road. Shortly after that, she was hit by a car that broke her leg before she was able to give birth to the puppies. Gaia, dying and alone, was strong enough to survive through the birth of her puppies. She gave birth to three babies in a storm drain, the safest place in the area. So then she and the two kind women who weren't sure how to help the puppies raised them.

The women who called in weren't able to get close enough to Gaia to catch her - getting close to the puppies was even harder. That's why they just settled for giving them food and watching out for them. They desperately wanted to find a good home for all of the dogs, so the women and Eldad Hagar agreed that he would pay for the medical bills and they would find the rescues a home.

Eldad found the puppies immediately but he saw no signs of the mother. He was fearful of approaching the puppies and making a mom very angry, so he took his time. Unfortunately, a passing truck stopped and informed him that Gaia had been the victim of a hit and run, left by the side of the road to die. The truck driver was on his way back home to get a gun to put her out of her misery. Panicked, Eldad went to find Gaia but she was unfortunately already dead when he arrived. 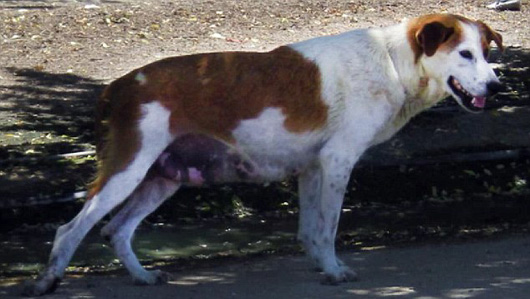 In a video made about the experience, Eldad Hagar wrote: 'I told her I was sorry people did this. I promised her I would save her babies.'

Once he made it back to the puppies, Eldad had a trying time attempting to rescue them. They were afraid and very wary of humans, even though two women had been feeding them all along. Desperate to lure the puppies out, Eldad placed their deceased mother near their storm drain. He managed to grab the white and tan puppy (later named Sydney).

'Even in death, Gaia helped me save her baby,' Mr Hagar reasoned. 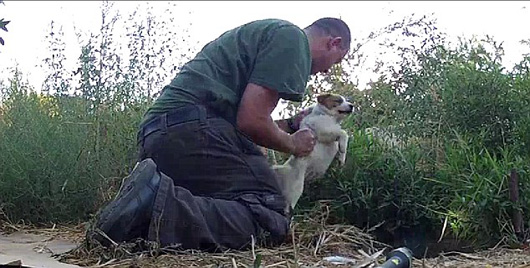 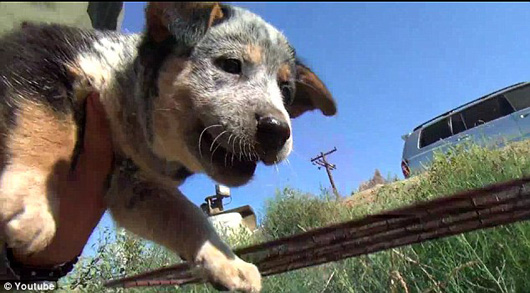 The puppies were afraid of any humans - and any time that Eldad touched them they whined and called for their mother. As heartbreaking as these scenes are, what Mr. Hagar did was for the best. He rescued from from growing up in a terrible place without a mother and soon they will be with lovng families. 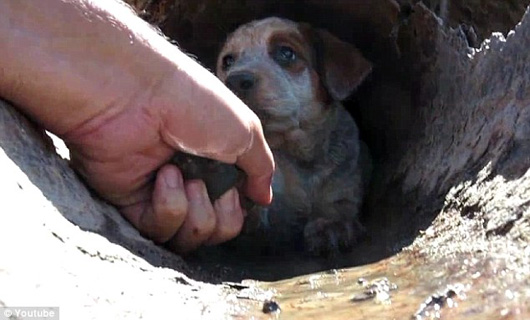 Catching the last of the puppies as a challenge, as she kept running between storm drains. However, once Eldad cornered her, he was able to gently pull her out by her paw. 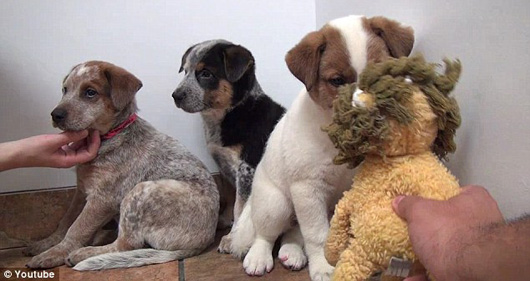 Seeing the puppies begin to trust humans for the very first time is so touching. Even their interactions with a dog toy are nervous, but soon they will begin to relax and realize they are heading towards a better, healthier life. 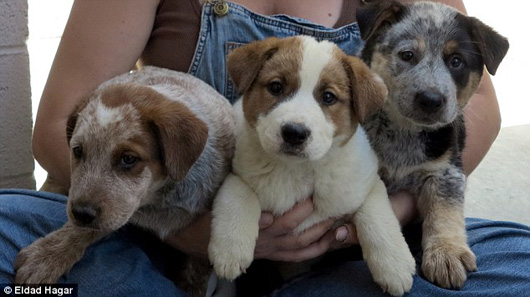 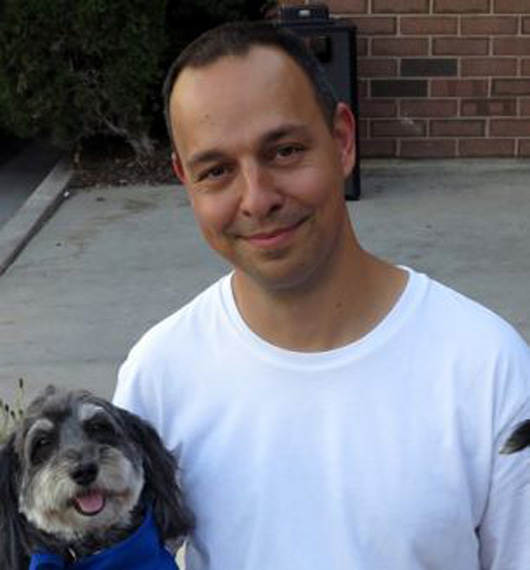 After hours of using clever strategies and hanging out around storm drains in the desert, Eldad rescued all of the orphaned puppies. They were taken away from the desert and the scene of their mother's death and are being prepared to be put into loving homes. Sydney, Mathilda and Gabriella may be orphans but now they can feel the love of a family in a forever home.