Father Bear Cuddles With His Cub - So Heartwarming

Most full grown male bears don't interact with their cubs. Momma bears usually do the child-raising and the fathers are left to hunt and roam. But, Balu - a bear in a Russian zoo - is no ordinary papa bear! He is an affection father to his four-month-old daughter Diva. And one photographer was lucky enough to catch some of this bonding on film! 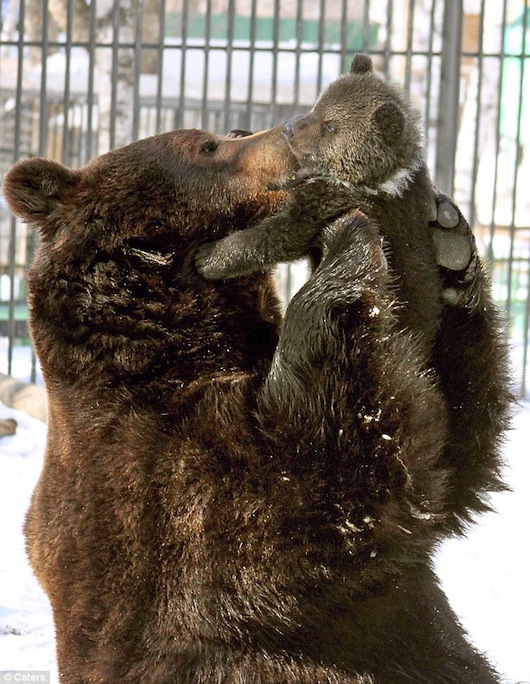 In this pictures, Balu is joyfully snuggling with his little girl, even blowing raspberries on her tummy while the loving mother Masha looks on. The zookeepers present were all amazed as such fatherly affection and attention. The zoo's director Elena Aseidulina said: 'The father, against all laws of nature, is very caring and loving with the cubs. 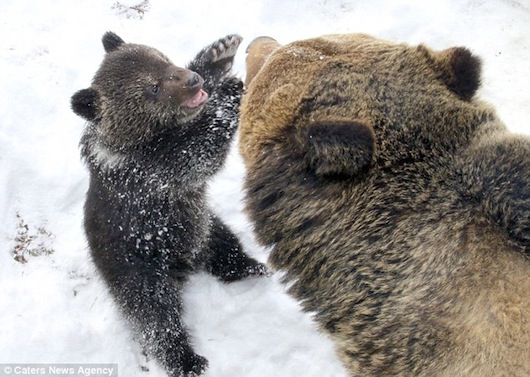 Balu and Masha were rescued by Russian militia from poachers. They have been living at the zoo together since that rescue in 2002. The close bond that the parents share could be why Balu has been taking on some of the female roles, such as protecting the cub and teaching it how to live in the wild. Miss Aseidulina said: 'Balu taught Diva to swim in the pool - she looked to her mother for help but Masha was totally calm and obviously trusted her "husband". 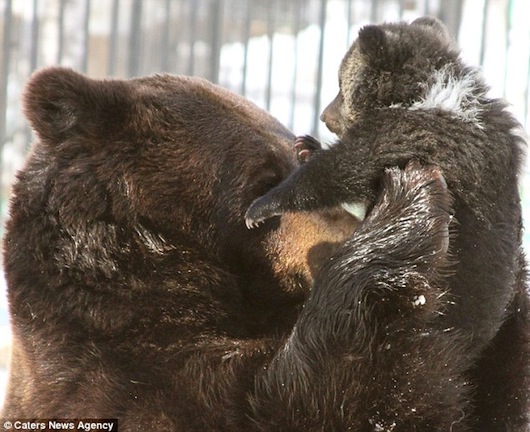 'Balu would hold her under water to teach her that swimming is an essential skill for a bear - but he always knew how long she could stay under for, and would pull her out and keep her safe. 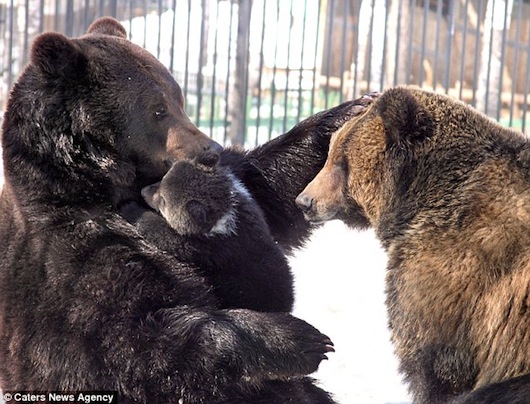 The zoo director added: 'Once, I saw him patting the mother's paw as if to say "Hurry up, it's my turn to play!"'

'It always takes my breath away when I see them playing like this.

Seeing such a tight family relationship will leave you in total awe, especially with such large, ferocious creatures. These bears show that animals have feelings just like the rest of us - and it will truly melt your heart.