Have you ever just had that feeling that something wasn't right? That's exactly how Sheila Frederick felt when she spotted an unlikely traveling pair. And the flight attendant's gut feeling saved a teen girl from sex trafficking!

Alaska Airlines flight attendant Sheila Frederick participated in Airline Ambassadors International, where she received training on the signs of human trafficking. So when Sheila noticed a young girl and a business man traveling together, alarms started going off.

"Something in the back of my mind said something is not right," she recalled.

Sheila estimated the girl to be around 14 or 15. And the first thing to stand out was the girl's greasy hair and messy appearance. It was an odd contrast next to her clean, put together companion.

"He was well dressed, that's what kind of got me because why is he well dressed and she is looking disheveled and out of sorts," she said.

Sheila tried striking up a conversation with the two. The young girl said nothing and wouldn't look at Sheila. The man did all the talking, and seemed very defensive. The alarms in Sheila's head were at full blast now.

RELATED: Police officer credits God for helping him save a baby girl

Under her breath, Sheila managed to tell the girl to head to the bathroom. There, Sheila left a note on the mirror.

"She wrote back on the note and said 'I need help.'" Sheila said.

Sheila promptly told the pilot, who notified the police. The authorities were waiting for the man when the plane landed. The brave flight attendant's gut feeling saved a teen girl from sex trafficking!

Sheila's response is just what experts recommend. And Sheila credits it all to the training she received early on in her career. Without it, she may have missed the danger signs or possibly responded rashly.

"One part of our training, and it's the difficult part, but once we report it, we're supposed to let it go," says Andrea Hobart, 36, an Airline Ambassador trainer and flight attendant with Alaska Airlines. "Even though it's hard to let it go, you transfer it into the hands of the authorities and they'll pursue the case."

Flight attendants look for signs such as someone who appears to be being controlled, who is bruised or battered or someone who won't answer questions or make eye contact. And the important thing Sheila stresses is if you see something, say something. Because Sheila spoke up, a girl's life was saved!

Sheila received a thank you for the girl after the incident.

"I put my phone number on the note that I left for her and I guess she memorized it, so a few weeks later, she called me," Sheila said.

With her life back on track, the girl is now enrolled in college. She and Sheila have spoken several times since.

Those gut feelings are often the still small voice of the Holy Spirit. Thanks to Sheila's training, she was able to recognize the signs and heed God's call of what to do.

Seven Christian girls texted a priest for help, and are miraculously saved from ISIS! 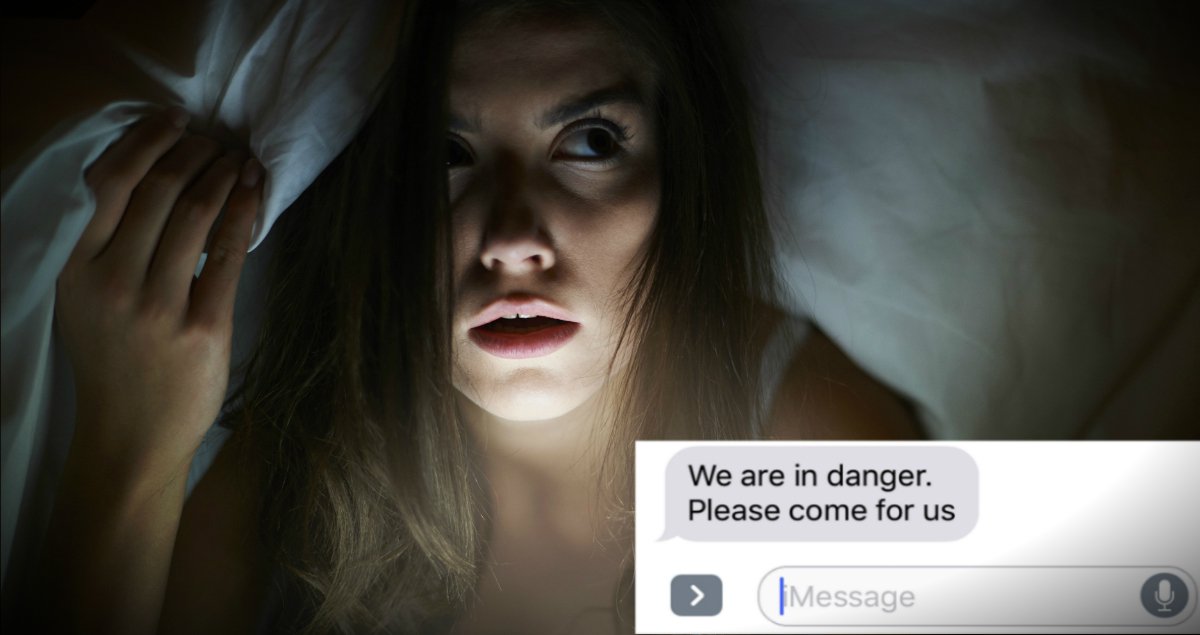