It's not uncommon for a pet to save a family from a house fire, alert them of a natural disaster or even let them know before someone gets sick. But, this story about a heroic German Shepherd dog is completely unique! 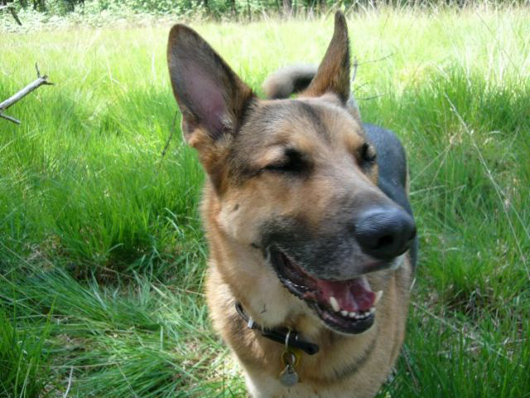 A French woman's German Shepherd dog recently saved her from committing suicide. The 63 year-old woman was out in her garden in the town of Sorgues. She had her 22-caliber rifle with her and she fired a few test shots into the air.

After firing the initial shots, she turned the rifle on herself and pointed it at her chest. The only reason she lived is because her loyal dogy knocked the rifle aside, just as she was attempting to shoot herself in the hear, according to the local police.

"At the moment she pulled the trigger, her dog jumped on her and diverted the shot," a local police officer said, adding that the dog "probably sensed things and knocked into her to save her."

The woman was found by her husband with a major chest wound, but conscious. She was taken to the hospital but was not in a life-threatening condition.

If it wasn't for her guardian angel dog, the woman would have taken her own life. God sent that loyal dog to save her owner and we pray that the woman finds the peace she needs to live with God!