He Reached Into The Burning Car Just As It Exploded--And He Knows GOD Put Him There--WOW!

God Changed His Path And Made Him A HERO!

It was Easter Sunday and Levi Teuton and his wife, Erika and their daughter, Kya were on their way to enjoy an Easter dinner with their family. But God had other plans for Levi that afternoon, and what he put in their path could have been a tragedy, but instead He used Levi to save a life!

Not only did God use something that Levi survived himself back in 2008 to prepare Levi for what was about to happen, but He also put it on Levi's heart to go a different direction than he normally would, putting Levi at the exact right place and time for him to do God's will!

"God's got other plans," said Levi of that fateful day. 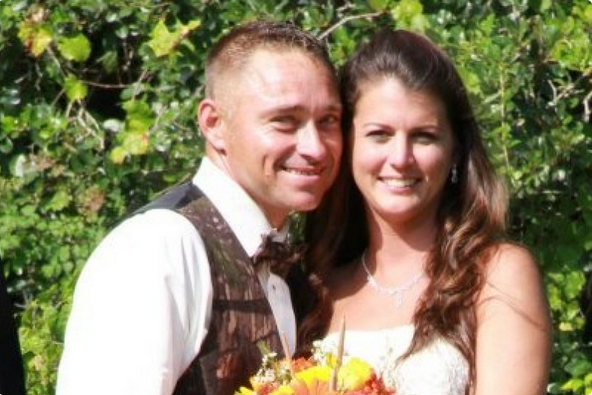 You see, while Levi and his family were headed to a family dinner, a terrible accident had just happened moments before just ahead of them on the road they were traveling. A pick-up truck had crashed into a tree. It was a horrific accident and they didn't know if anyone could possibly have survived it, but Levi acted quickly, leaving his car to go search for survivors. 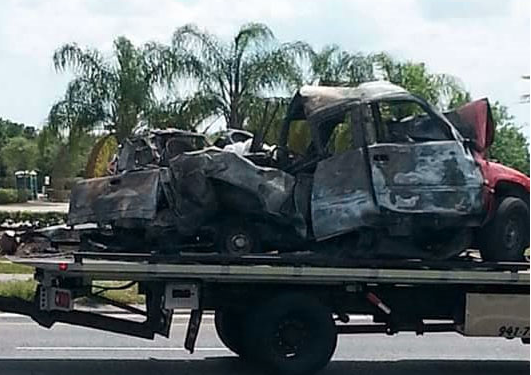 Quickly assessing the scene, Levi knew the driver was dead, but he thought the passenger may still be alive in the burning truck, but he couldn't be sure.

"The whole car was engulfed in flames and the glass was busting," Levi recalled from his hospital bed. "I knew we had a matter of seconds."

That's when Levi heard cries from help, coming from inside the burning truck!

"Help me, help me, I'm burned! I'm on fire, I don't want to die, please help me!" Now joined by a passerby, the two men knew they had to take action. But, the doors were jammed making it very difficult to free this the 15-year-old passenger from this burning car.

"I got a hold of him and started pulling him. You started hearing a loud cap, like a cap coming off of something," he said. "I pulled and pulled, his butt was over the door, and all of a sudden, when I heard that noise, it went boom. And I guess it had two propane tanks in there. Nobody told me that."

"It was a big explosion," he continued. "I was on fire... blew me to the ground like a torpedo or missile. When it blowed, it just blowed him out of there. I fell to the ground. The flames just sucked me up. It was terrible."

But, Levi's faith is so strong, and he knows he was there for a reason.

Levi himself survived a bad car accident back in 2008. God spared him that day and used his experience to give him the courage he would need on this day to save this young teen's life.

"I sat at the edge of the road, thanking God that I got him out, and we were all still alive." 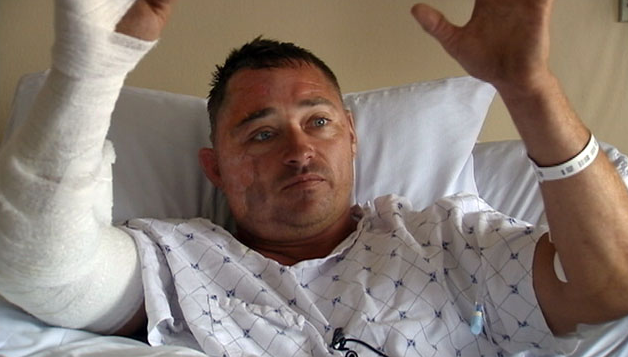 Levis' heroic efforts saved this boy's life. But, Levi suffered 3rd Degree burns over the entire right side of his body and on both legs. He is being treated in the burn unit at Tampa General and is still considered in critical condition.

Levi's recovery will be slow and will be painful. His faith in God is STRONG and his loving family will be with him every step of the way. This alongside the prayers from strangers all around the country, will get him through. This he believes.

Check out the video about his story!

(The following video is only available on desktop. If you are reading this story on moblie come back to watch the video on your computer, trust us, you're going to want to see it.)