Her Heart Stopped For 12 Minutes. But Even Doctors Canâ€™t Deny THIS Miracle!

Meet Alise. Alise is more than just an adorable 3-year-old. She is living proof that our God still performs miracles! 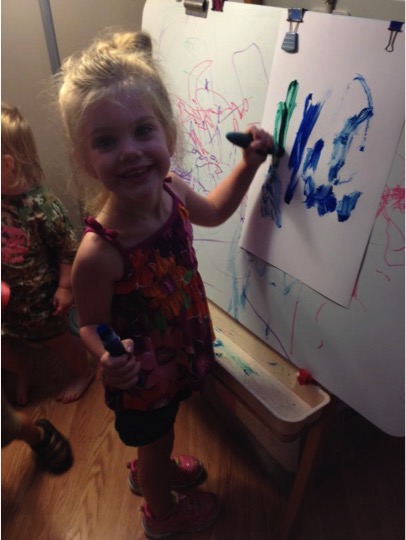 One hot summer’s day, Alise and her mom, Jamie, headed to a friend’s pool party. The kids were enjoying the pool, but after a while, parents noticed lightning off in the distance. As the kids were called out of the pool, Jamie says there was something telling her to keep her daughter’s life vest on. But the party was wrapping up and swim time was over, so there was really no reason to do so. Jamie shrugged off the feeling and took the vest off of Alise.

Everyone was heading over to the patio to grab a snack before heading home. But when Jamie turned around, Alise was no longer where she’d last seen her. And that’s when she just knew something was wrong. 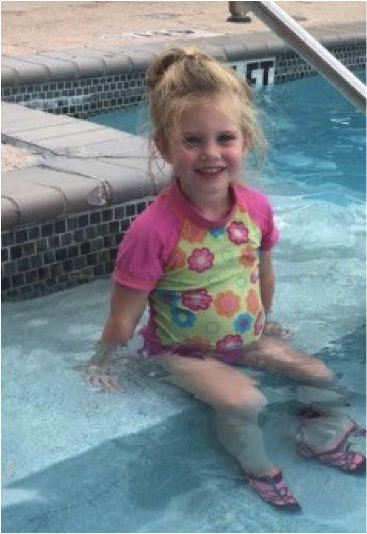 Jamie circled the pool, but didn’t see Alise anywhere. But as she did a second lap around, what she saw made her heart stop. Out from underneath one of the rafts stuck a tiny foot. . .Alise’s foot.

The terrified mom jumped into action. She dove into the pool, shouting to the other parents to call 911. She says,

“I was praying while I grabbed her that she would start coughing as if she'd just fallen in. But when I brought her up from the water, it was evident she was without life. She was blue."

Jamie rushed her daughter to the side of the pool, where she and another parent, Heather, started doing CPR. Heather, a CPR instructor, recalls that she had very little hope for Alise, who had no pulse.

As the minutes ticked by, Heather and Jamie continued to perform CPR. But the outlook was growing more dismal by each passing second. And so, the terrified onlookers did the best thing they could. . .they prayed. Natika Rowles, another mom at the party, says,

“All I knew was to pray. Fear kicks in, but the Word says ‘speak those things not as they were,’ and there was not life. We wanted life so we spoke life, because that's what God tells us to do.”

For 12 minutes Alise had no pulse. For 12 minutes her mother and Heather performed CPR with no result. And that’s 12 minutes on top of the amount of time Alise spent under water in the pool. Logic would tell you that there was no hope for Alise.

But if you think back to the story of Lazarus, you may recall that he was dead for 4 days before Jesus brought him back to life. And after 12 minutes, God did the same for Alise. Jamie says,

“She all of the sudden had color and pink lips. Her heart started and she started breathing. It was strong, loud breaths."

The ambulance arrived, and Alise was rushed to the hospital. She may have been breathing, but the 3-year-old was still in critical condition, and doctors didn’t have much hope. No one knows just how long Alise’s little body had been deprived of oxygen. Doctor Jeremy Garrett says,

“Her body and her brain were hurt. Her lungs took on severe injury which continued to be a problem.” 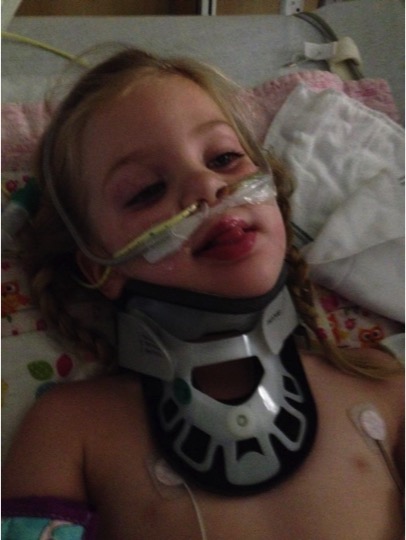 And so, the family continued to turn to the Great Healer. A friend set up the Facebook page, Boldly Pray For Alise, where thousands followed Alise’s journey and prayed for her recovery. And the power those prayers carried is truly amazing! 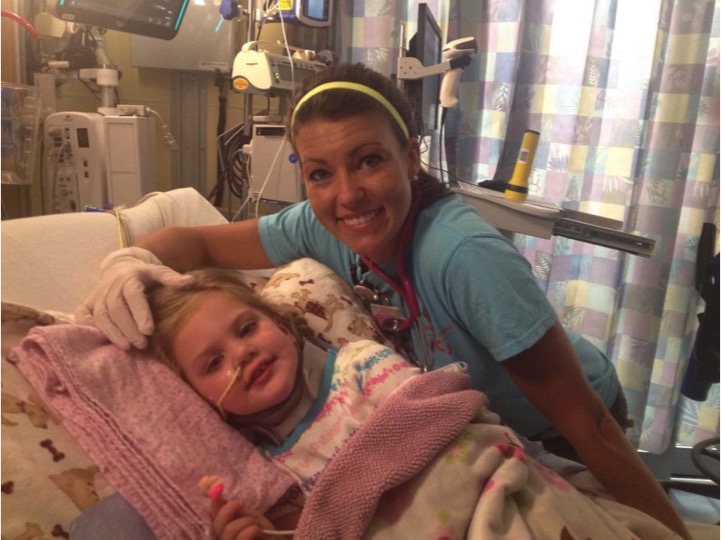 After 6 days, Alise started improving. Doctors decreased her sedation, and Alise woke up. They removed her ventilator, and this little miracle stunned everyone by not only talking, but also singing!

She continued to improve at a rate that astounded her doctors. Her brain had been without oxygen for well over 12 minutes, and yet, she was advancing both mentally and physically in a way they could not explain. An amazed Doctor Jeremy Garrett says there is no medical explanation:

“Her brain has gotten through it, her lungs recovered and as near as we can tell she's back to functioning as high level a 3-year-old can. For her brain to come through this and be as functional as possible is astounding. Prayer and luck and divine intervention were the key factors.”

After only 2 weeks, Alise was able to go home. And just about everyone recognizes that God is the reason. Natika, one of the mom’s from the party, says,

“His hand was in it the entire time because there is no earthly, physical, rational way that little girl is running around and talking less than two weeks later.” 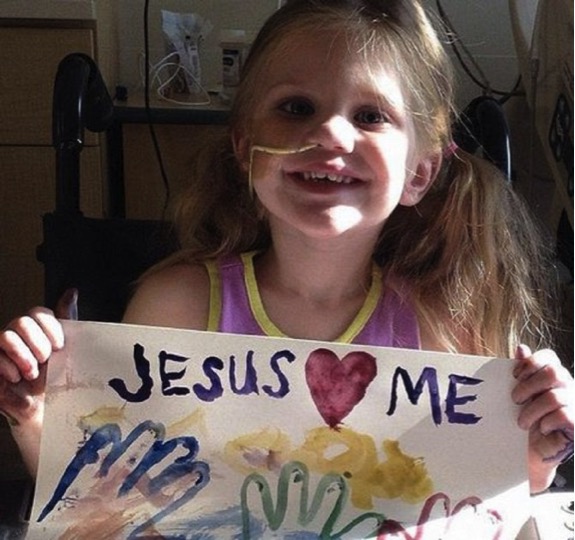 Let Alise’s story serve as a reminder that we have a God who loves us and still answers prayers!

“Let us therefore come boldly to the throne of grace, that we may obtain mercy, and find grace to help in time of need.” Hebrews 4:16

She was left for dead in the trash...until an unlikely hero came to her rescue! 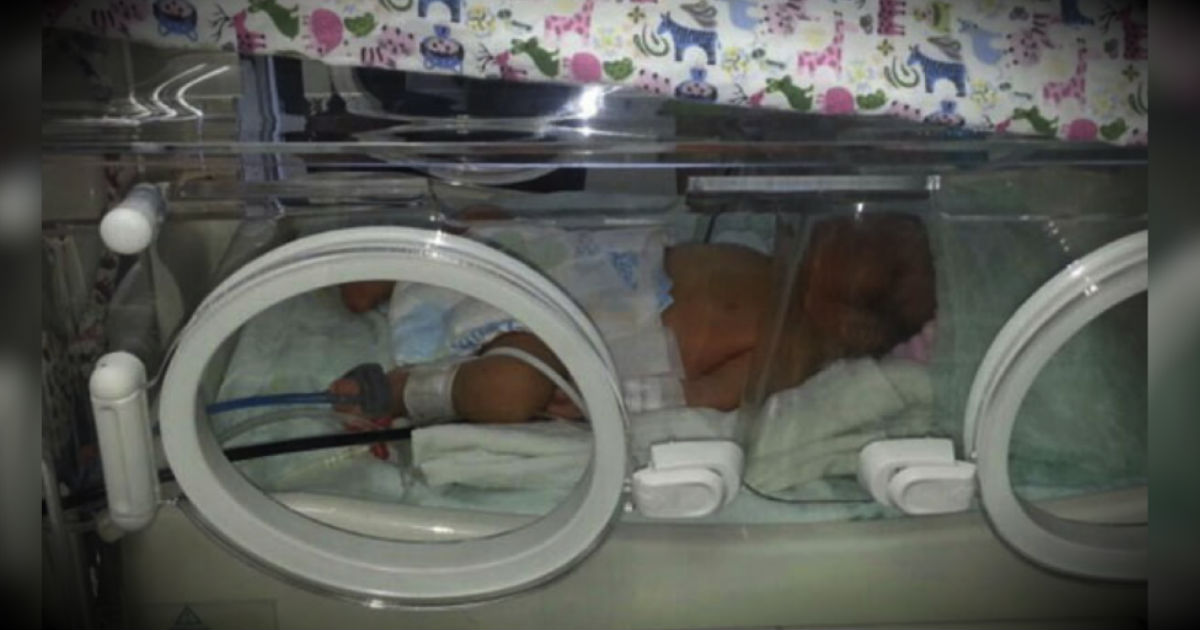 20 years ago, these twins made history with a miracle hug...WOW!