One afternoon, a woman heard scratching coming from her bathroom wall. Usually, a person might assume that any kind of small noise coming from the wall would just be normal knocking in the vents, the house settling or something else mundane. Luckily, though, this girl decided to take the light switch panel off of the wall. When she did, an adorable surprise came out! 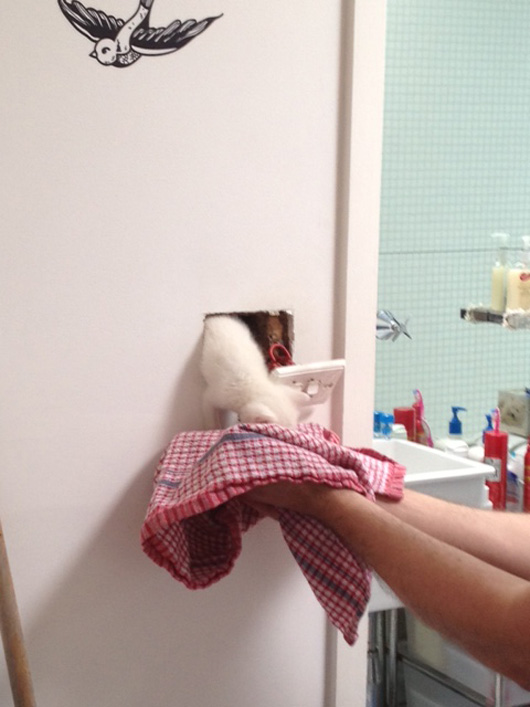 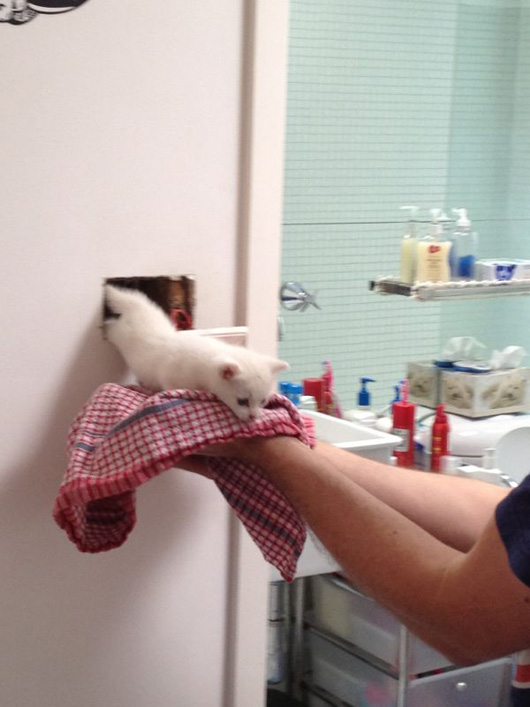 She called the kitten Jack (because he stayed in this box for days after being rescued). 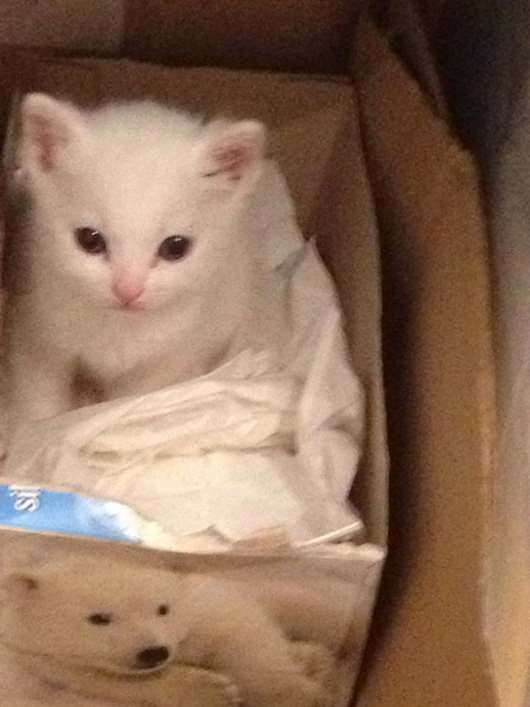 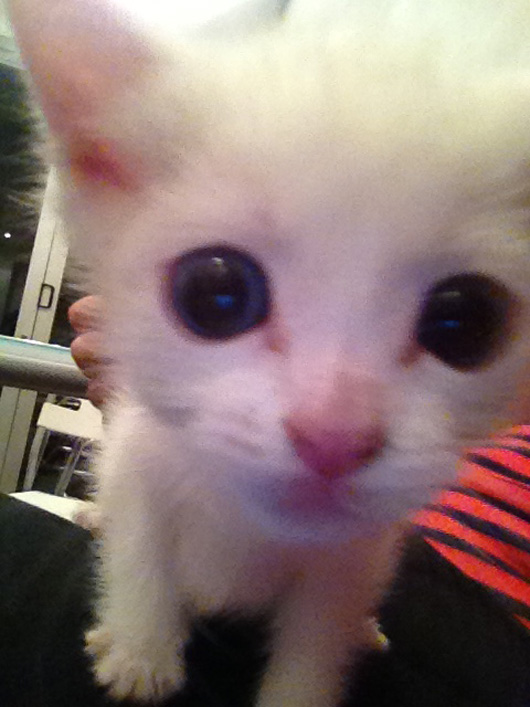 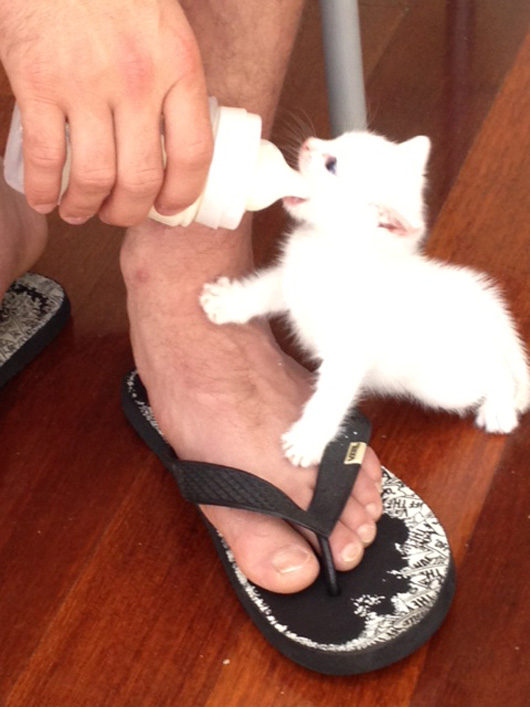 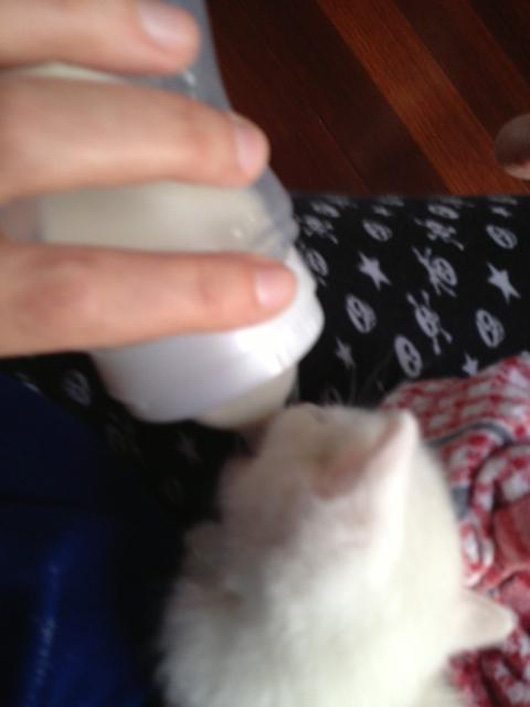 After researching the noises a little more, more kittens were discovered in the roof of the house. No one knew where the mother was, so the woman made it her mission to make sure all of the discovered kittens were fed, healthy and could be soon be up for adoption. 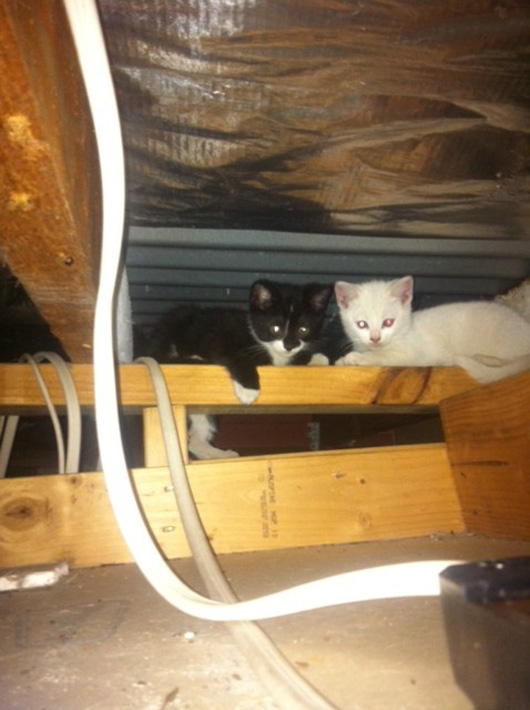 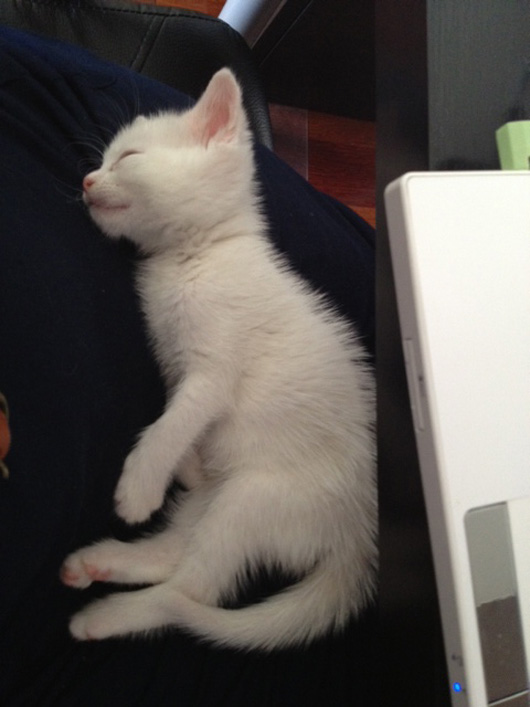 It's lucky for these kittens she discovered them before they starved or got sick since they were so young - but we wouldn't recommend tearing up your own wall if you hear a small sound! :)