Loyal Cat Does Something Amazing for his Deceased Owner

One day in Italy, a man tragically passed away. He left behind his family, but also his loyal and loving cat, Toldo. After the man's funeral, when friends and family were dispersing, they noticed that Toldo had followed them to the cemetery. The cat followed the coffin, kept watch during the funeral and stayed with his deceased owner afterwards.

The morning after the funeral, the widow of the man that died went to the grave again. "We went to the cemetery with my daughter and found a sprig of acacia on the grave. I immediately thought that it was the cat, but my daughter was convinced that I was just in a very emotional state at that moment," she told the news source. 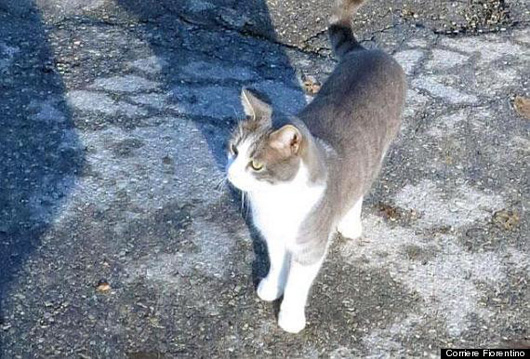 That very night, however, the man's son went to the cemetery to visit his father and found Toldo. The cat was all by himself, keeping watch over the grave. The man who passed away had a very strong relationship with his cat... but it is still surprising to see a feline honor his master in such a way after his death. 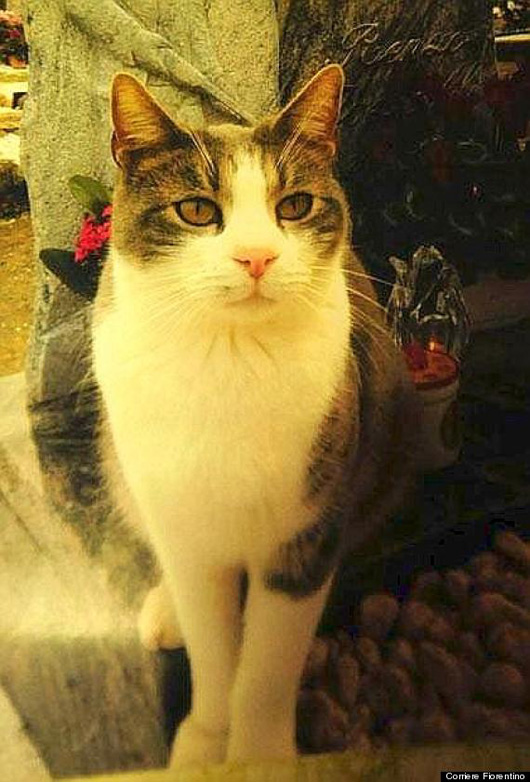 To this day, the cat visit's the grave of his beloved master, bringing gifts or sometimes just sitting by his final resting place. It's truly touching to see such a special bond between an animal and a human. These two were blessed to have each other.