Australian couple, Terry and Anna, had only dated for a year when Terry decided that Anna was the one for him. But before the man proposed, he came up with a clever way to hide the ring!

Instead of rushing into a proposal, Terry knew he wanted to take his time and create a special memory.

“I had always loved the idea of giving someone a gift where they didn’t know its true value until years later,” Terry told People.

That's when he came up with a plan.

Terry loved woodworking and knew that Anna would appreciate something he had made himself. Using Huon Pine, native to Tasmania, Terry created a wooden drop necklace for Anna. Inside was a hidden chamber that housed the secret engagement ring! Terry gave it to her as a one-year anniversary gift. 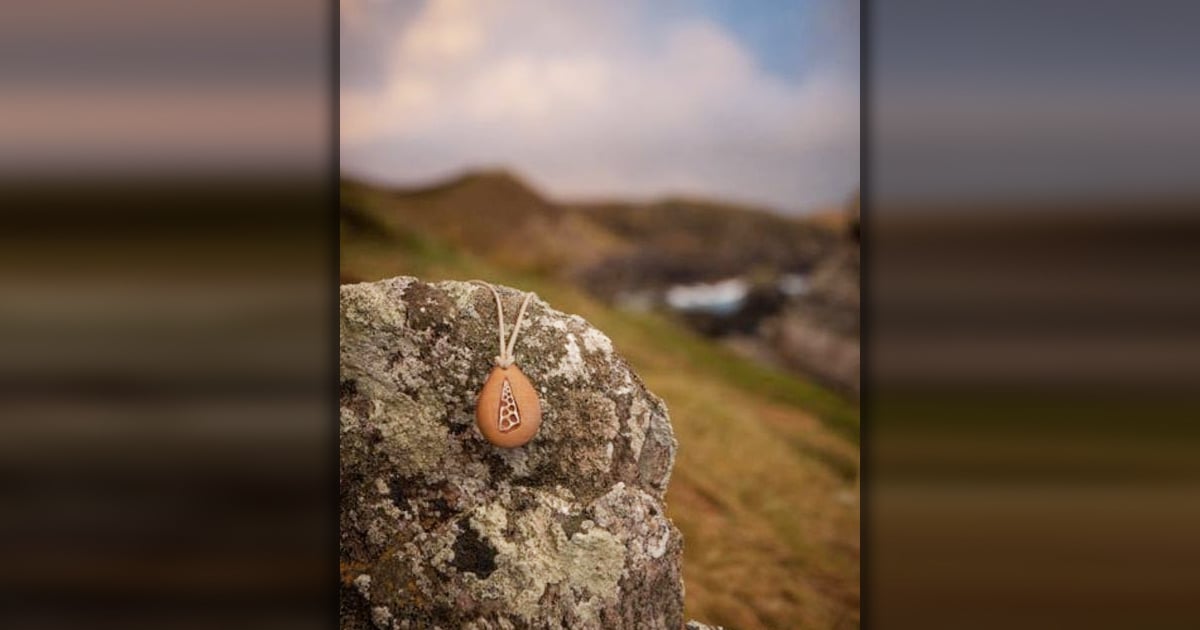 Anna wore the necklace everywhere.  For a complete year, she unknowingly wore her engagement ring hidden inside her beloved wooden drop necklace. 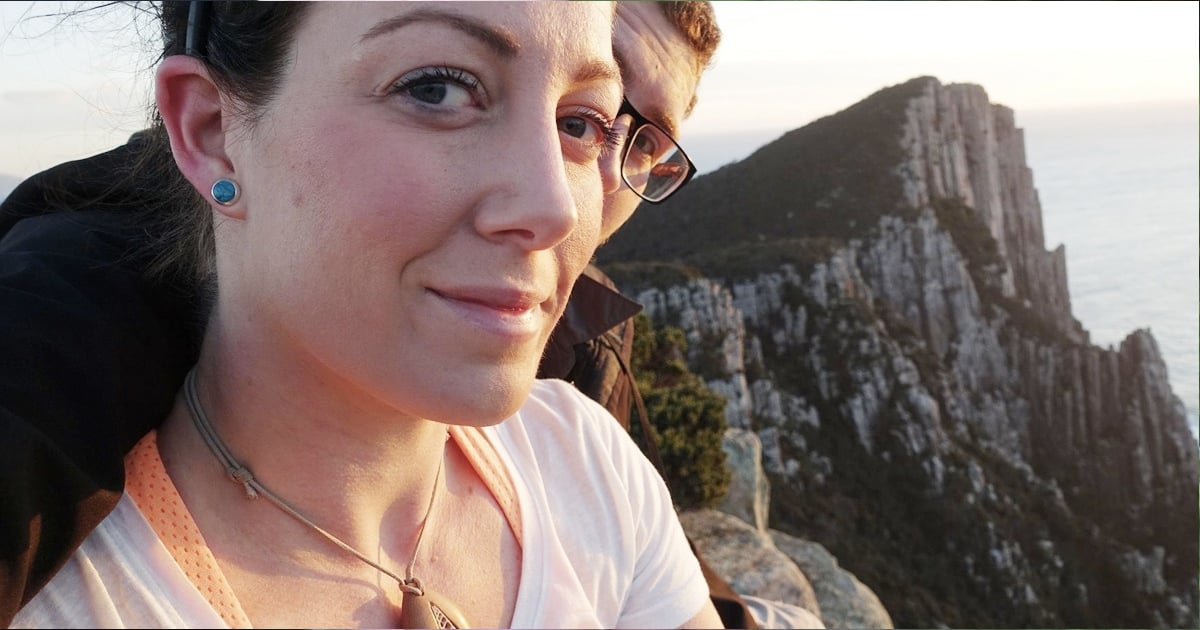 Terry said he wasn't concerned that she would lose it or discover the secret until the travel-loving couple went through their first airport security checkpoint.

“I hadn’t thought about the fact that she might be asked to put it through the X-ray, which could have very quickly turned into an airport security proposal!” 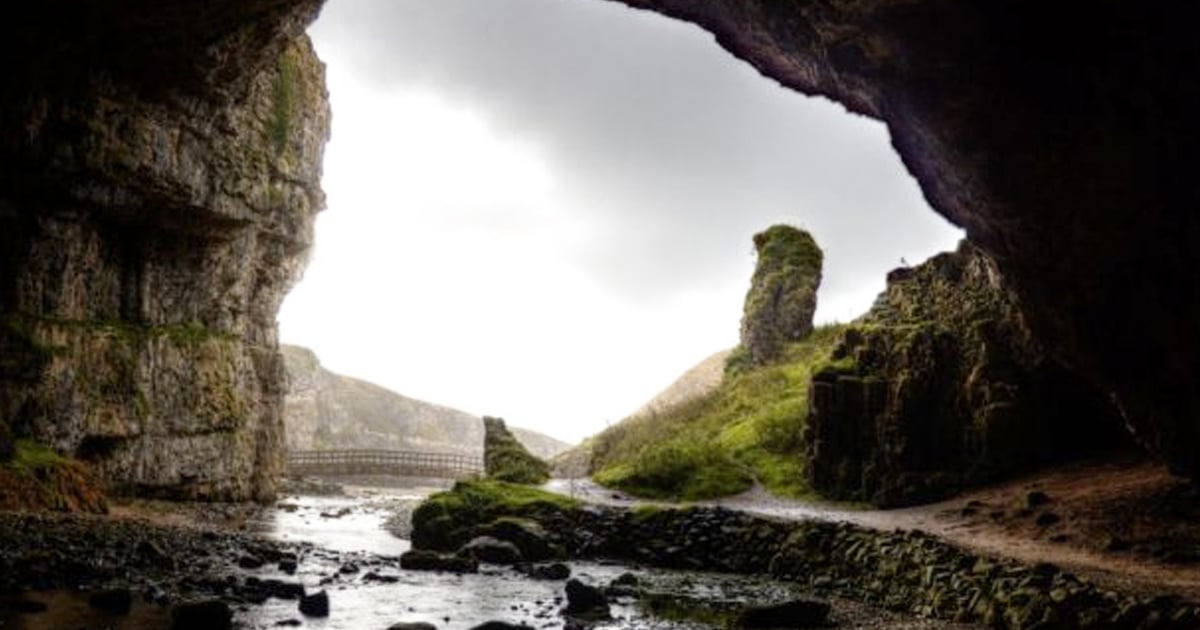 Anna and Terry had always talked about visiting Smoo Cave in Scotland. When the couple finally traveled there, Terry knew he wanted that to be his proposal location.

I picked Smoo Cave because it was a place we had talked about visiting since we first met, and 'smoo' comes from an old Norse word for 'hiding place,' so I think I get extra points for that one.

That's when Terry set up his camera on remote facing the cave.  When he returned to Anna, Terry quickly opened the necklace and revealed the ring hidden inside. 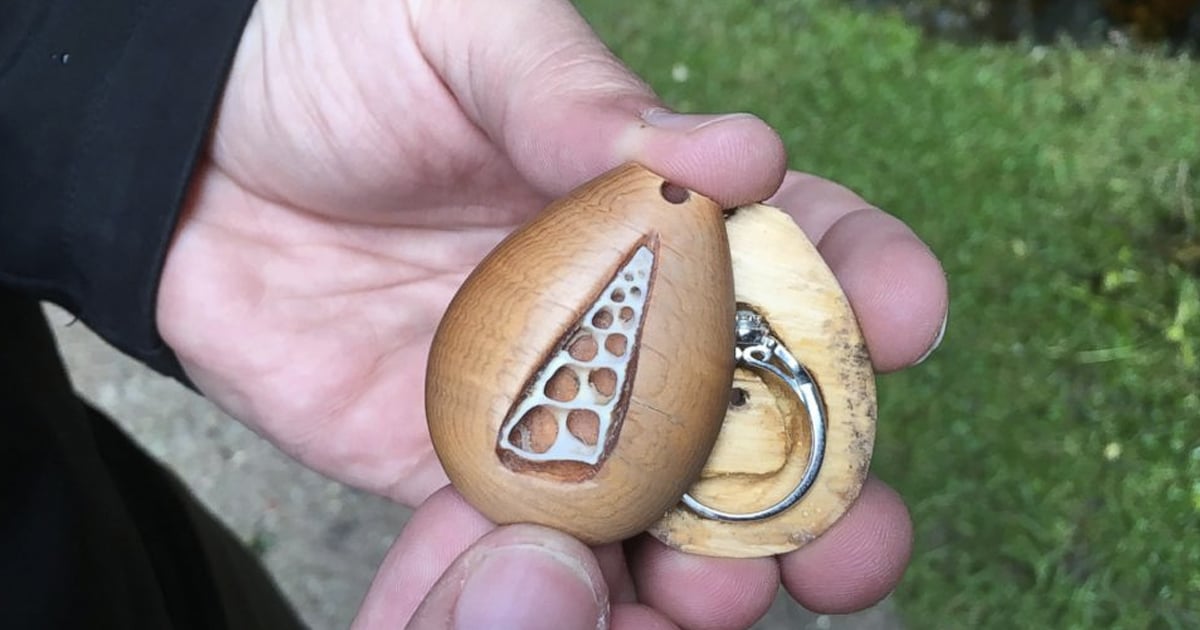 “Before we actually went down to the cave, I asked if I could have the necklace to take some photos of it among the rocks, which gave me a quick chance to break the seal with a knife"

Anna was obviously overjoyed. Once the initial shock and excitement settled Anna gave Terry a piece of her mind.

Anna exclaimed, “Wait…it’s been in there the entire time?!! I could have lost it...!" 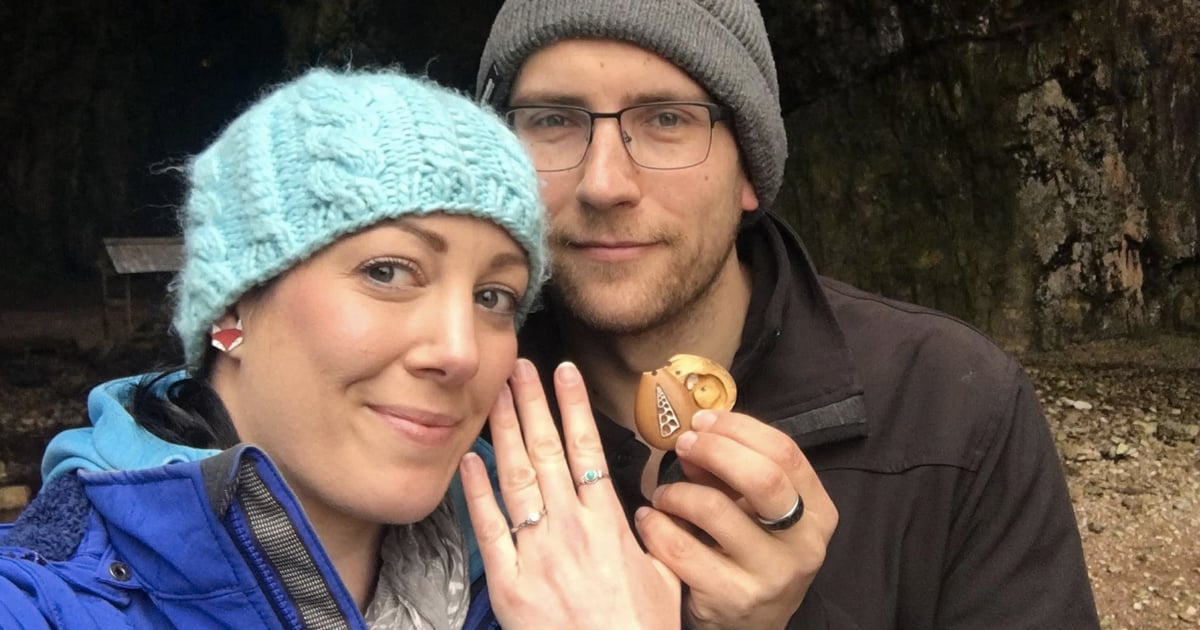 Terry made a video of full of a year's worth of photos with Anna wearing the necklace not knowing what was hiding inside! Anna truly cherished her necklace gift from Terry and her delight when he surprised her with a proposal can be seen in his now viral Youtube video.

Terry's amazing display of patience cannot be denied. He spent a year seeing the necklace almost every day and knowing it's hidden secret. We don't know how he kept the secret for such a long time! 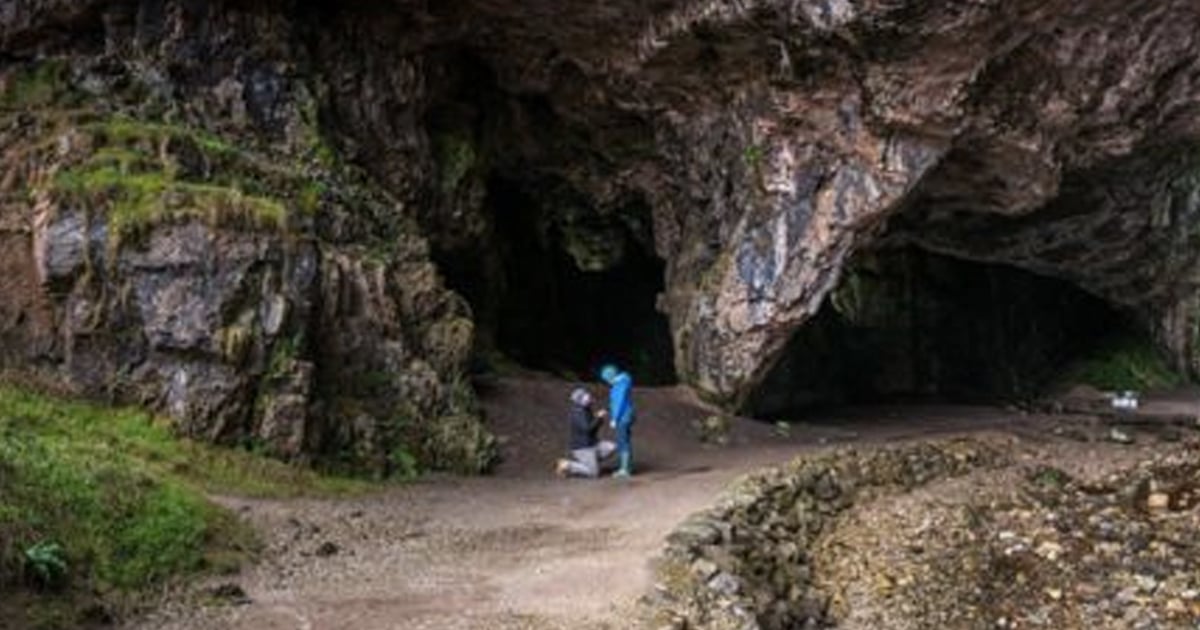 The couple told ABC News that they haven't made wedding plans just yet. They are enjoying their engagement for now. Terry and Anna hope to own property to host their family and friends for an intimate wedding setting. We're sure that Terry is already thinking through something personal and special to give Anna as a wedding gift.

"Now, with anything else I give her, she always inspects to see if something is hidden inside!"

We pray that their marriage will be blessed with many wonderful surprises!

YOU MAY ALSO LIKE: 4 Things We Can Learn About Marriage From Chip And Joanna Gaines 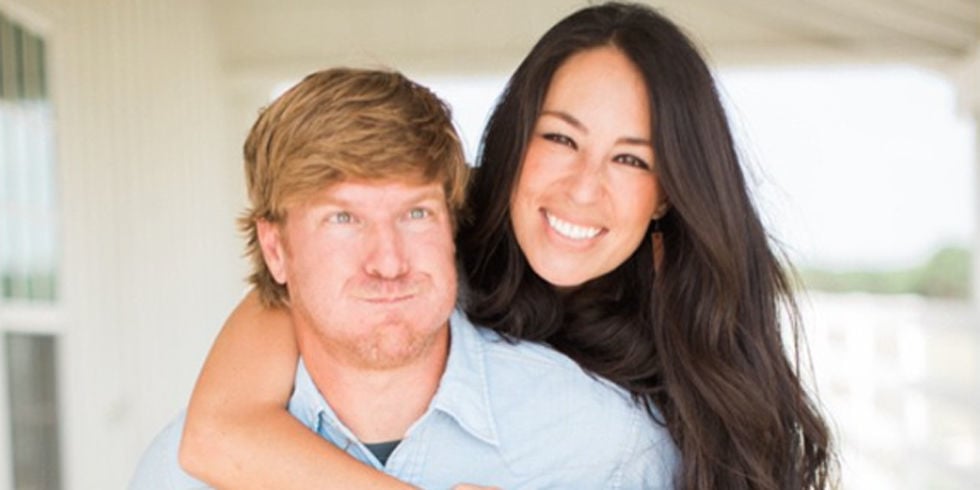