A many by the name of Vinicio Riva has been ravaged by neorofibramatosis his entire life. His body is covered, from head to toe, in boils. Many people shrink away from him but he was shown incredible compassion in Saint Peter's Square. 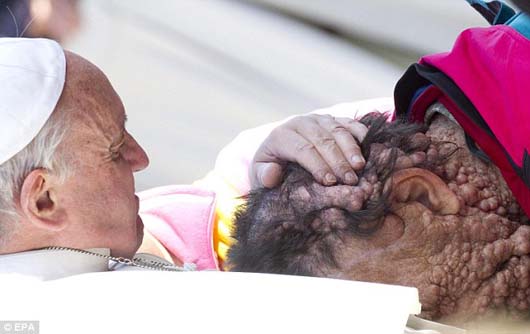 When Pope Francis saw the poor man, he went out of his way to approach him and pray with him. Then, he embraced the sick man. He showed this poor soul Christian kindness and compassion that we should be extending to others daily.

No matter what kind of Christian you are, this kind of sweetness should be in your life, too! 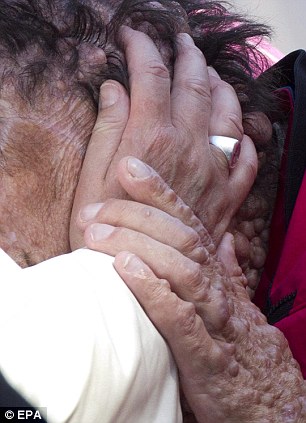 The man said he even made his doctors recoil, but being embraced by a fellow human being felt "like paradise." It isn't often that Vinicio is approached without judgment or revulsion.

"My head was against his chest his arms were wrapped around me. It lasted just over a minute, but to me it seemed like an eternity." 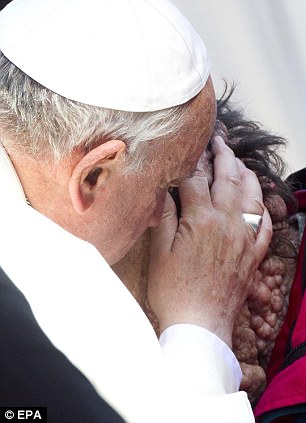 When you see people who are struggling, sick or in pain, don't shy away from them. Show them kindness and love. After all, they are dealing with their crosses just like everyone else is. Extend God's love to those in need!