Meet Venus - the Cat That Everyone is Talking About

We bet you haven't seen a cat like Venus before! 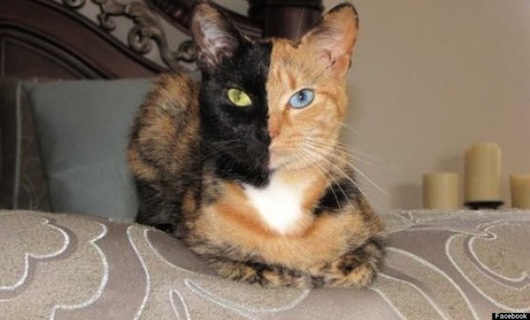 Venus is what is known as a chimera cat; her face is divided perfectly in between black and calico. Not only that, but she also has heterochromia. This means that her eyes are different colors (blue and green). She has been taking the Internet by storm, going completely viral because people just can't get enough of her! 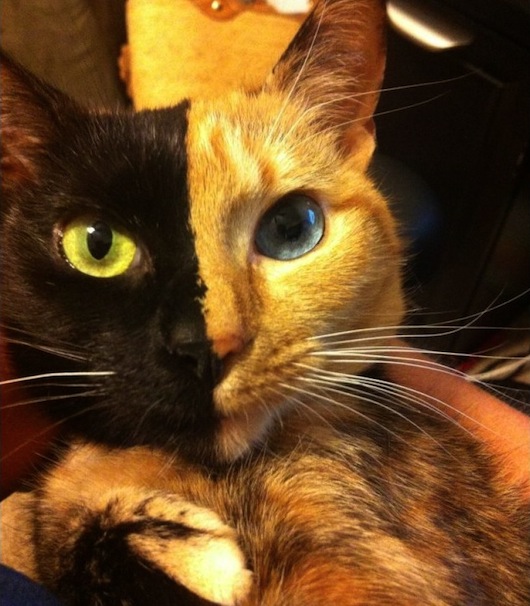 "This little split face cat looked like a combo of the 2 cats I currently had (and still have)," says Venus's owner on the cat's Facebook page. "As tiny as she is she likes to pick the giant pieces of food from the dog food bowl rather than eat her cat food and when the dogs come up she looks at them like ‘um yeah don’t even think about it.’ She’s the smallest animal of 5 but rules roost & doesn’t take any crap from the other animals." 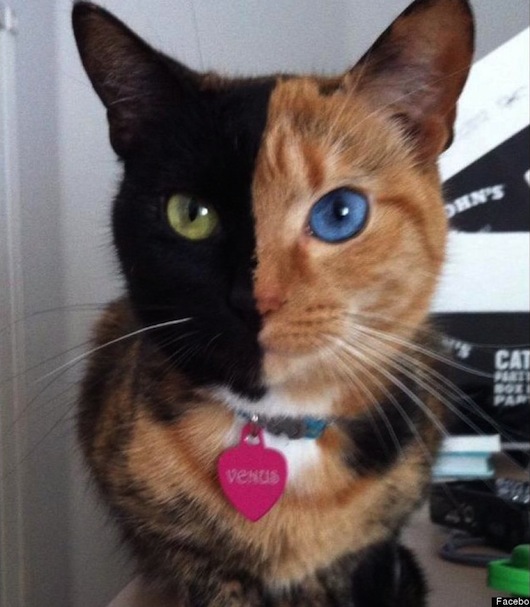 "She's as sweet as can be....gentle, loving, and has this little tiny kitten like "meow" even though she is 3 now. She acts like a big baby in the way that she loves to be babied. She doesn't bother any furniture with her claws and uses a scratching post. She does not have one single bad habits......she's perfect!" says a post on Venus's Facebook page. 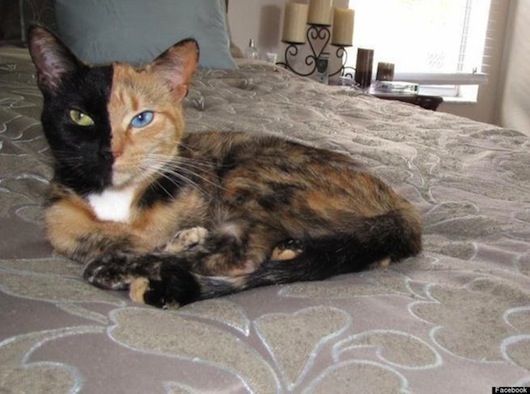 She gained her initial fame on Reddit.com, but now even her official Facebook page has over 14,000 fans. The people love you, Venus! They really love you!