Miracle Baby Smiles After Being Born With Half A Heart

Miracle Baby Born With Only Half A Heart

It took Lee and Michelle Aslin six years to finally get pregnant with their son, Reggie. So the couple was crushed when doctors said their baby only stood a 50% chance of survival. But while this little miracle may have been born with only half a heart, his sweet smile will surely steal all of yours!

Baby With Half A Heart: The Cause

Little Reggie suffers from hypoplastic left heart syndrom (HLHS). It's a rare disorder that caused the left side of his tiny heart to form improperly. Even if he survived the birth, Reggie would require a risky open-heart surgery almost right away, and a few more risky procedures in the future, and likely wouldn't live past his teenage years.

Given the struggles he'd face, doctors suggested abortion would be the best option. But naturally, Lee and Michelle refused to give up on the son they'd waited for so long. And he's already defying the odds!

The precious nugget was born weighing 9lbs 12oz. And at just four days old, he was ready to face the next challenge -- his first open-heart surgery.

The extremely high-risk procedures will "re-wire" his right ventricle, so that it pumps red blood to the body, while the blue blood flows directly to the lungs. The full procedure takes place over three surgeries. The first surgery lasted nine hours, and left Reggie with a huge scar down his chest.

But this little miracle already impressed the doctors!

"The first operation is always the most dangerous one because it is the longest and most complex, so that was the biggest hurdle," doctors explained. "Because he has pulled through that, we have got all the confidence in the world that he will pull through the others."

Doctors expected Reggie to spend three to four months in the hospital recovering from the surgery. But in just six weeks, he's well enough to go home!

"We were feeling a little bit nervous bringing him home but he is doing everything for himself," Lee said. "He is a little heart warrior. He is a little miracle."

RELATED: This miracle baby was supposed to die, but shocked everyone

Now, as this little angel heads home with his family, we'll be praying the Lord will continue to work miracles in his life. His family is counting any time they get with Reggie as a blessing.

"It means so much to have him here and however long we have with him, whether it's two months, a year, 10 years or beyond, we are just happy for this bit of time," his mom, Michelle, said. "We are going to give him as much love and as many memories as we can. He will have the best life he can ever have."

God is good, and we expect that this miracle baby with half a heart will continue to defy the odds and amaze his doctors!

This little girl was born with a very special heart that just so happens to be outside her body! 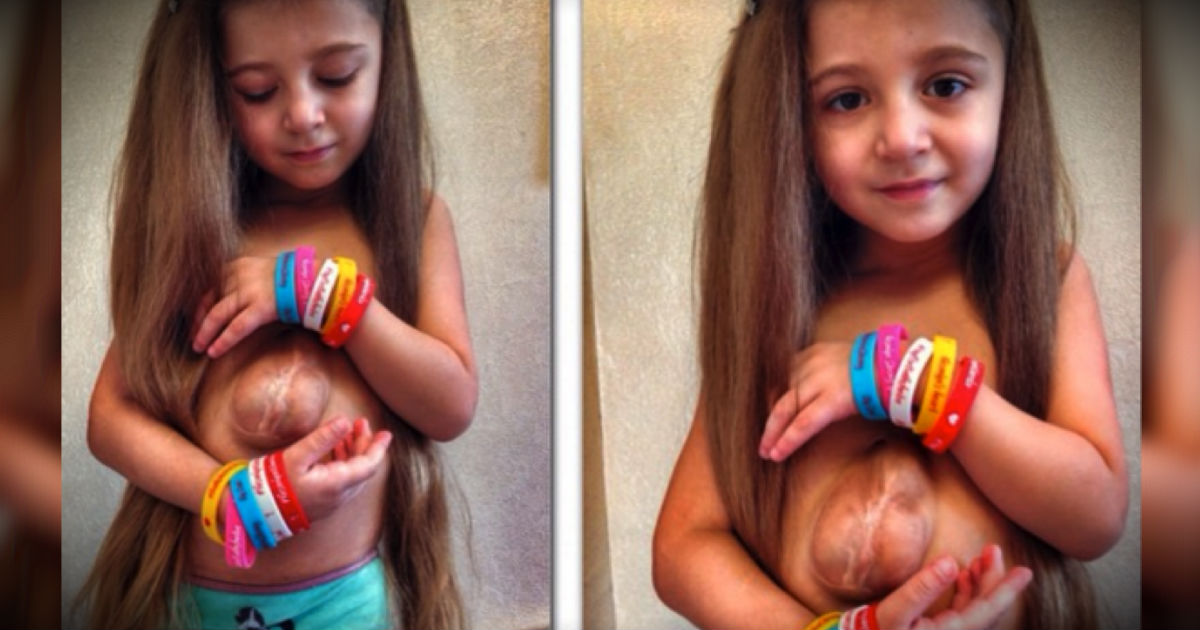