Newborn Baby Girl Gets Rescued After Parents Buried Her Alive

There are so many people out there who'd love nothing more than to have a baby. Yet, they can't. So, it's hard to imagine someone receiving this gift from God, and choosing to dispose of the little blessing because the child wasn't the "right" gender. Sadly, that's exactly the case in the disturbing rescue of a newborn baby girl buried alive by her own parents!

Unfortunately, gender-related abortion and infanticide has become a common occurrence in some parts of Asia. Thankfully, public outlets are taking steps to end this deplorable practice. Even so, a couple in India recently tried to get rid of their newborn baby in a horrific way, likely because she was a girl.

In the Jajpur district of Odisha, someone noticed a chilling sight. Two little feet kicked above the ground. The villagers immediately jumped into action to save the newborn baby girl buried alive by her own parents.

“The baby was buried upside down. She was wrapped in a cloth. We found two small feet above the ground and believed that the baby was alive,” said one of the heroes who rescued the infant.

They rushed the tiny girl, estimated to be between 4 to 6 hours old at the time, to the hospital. Upon arrival, she was in critical condition. Doctors and nurses did all they could, and God was on their side. The baby girl is now in stable condition. They've named her Dharitri, a Sanskrit word meaning 'the earth.'

The parents behind the horrific act already have five daughters. Often seen as financial burdens because of dowries and other cultural practices, the family reportedly didn't want another girl. Tragically, this type of discrimination is so common in India, there are laws prohibiting doctors from revealing a baby's sex to the parents prior to birth.

Thankfully, divine intervention saved this little girl. And though the systematic practice of gender-related abortion and infanticide, Christian groups are working to raise awareness and alter public opinion on such customs. It's our prayer that as pro-life organizations grow, more and children will be saved.

You can see the rescue in the video below, though please be aware it may be too disturbing for some:

A girl says God led her to an abandoned baby in the backyard! 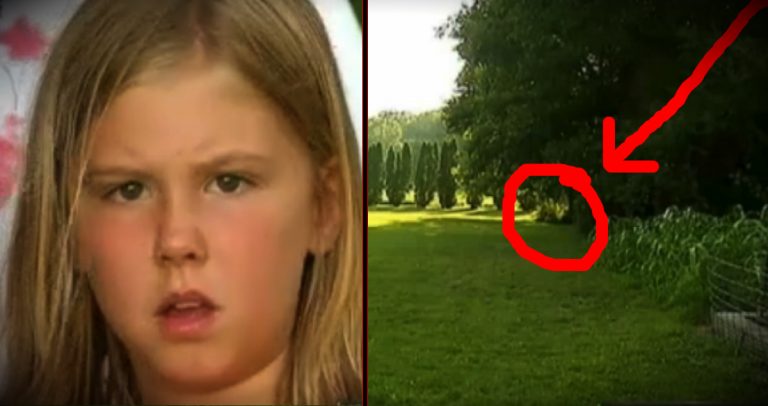