One Little Boy Didn't Want Other Children Feeling Lonely, So He Did This.

Christian Bucks is a small boy, only in 2nd grade, but he has a BIG heart. He noticed that some of his friends didn't have anyone to play with on the playground at Roundtown Elementary School. They would be lonely at recess and he wanted to stop that. 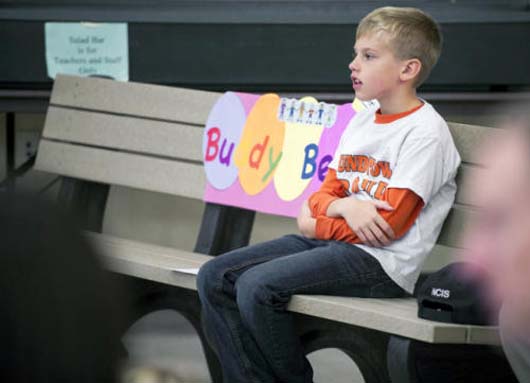 He decided to help his classmates create new friendships, and avoid loneliness, by creating a special “buddy bench.”

The way the bench works is simple. If a student feels lonely or sad and needs a friend to talk to, they can go sit at the buddy bench. Then, the other children will know that they are looking for a buddy and someone will come sit down and talk to them. 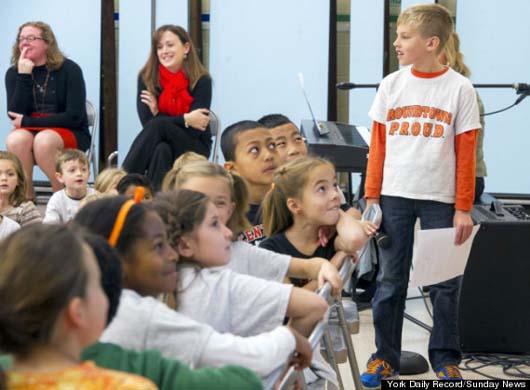 If two people are sitting at the bench, they could ask each other if they want to play, Christian said.

The boy brought the idea to Principal Matthew Miller at the end of the last school year. He was a big fan of the buddy bench idea.

"Mr. Miller checked around and found a bench that would work for our school. Before he ordered the bench, he showed me the colors and I got to pick the style and color of the bench. I was the first person that got to sit on the bench when it arrived at Roundtown," Christian said.

"We encouraged and supported him every step of the way," Alyson Bucks said, "but it was the Roundtown faculty and staff who brought the idea to fruition. We are so thankful for their support in embracing this idea."

Principal Miller described Christian as a Roundtown P.R.O.U.D. (Polite-Responsible-Outstanding-Understanding-Dependable) student. He and the rest of the staff hope the children begin to use the buddy bench.

"We show we care about others when we ask others to play," he said. "I also hope that new friendships will be made because of the buddy bench."

It's a simple and sweet idea. We thank Christian for his loving attitude and hope many children are helped by this new bench!