When little Harrison contracted meningitis at just 3 weeks old, doctors said it was a death sentence. The antibiotics weren't working and scans showed Harrison was brain-dead. Doctors said there was nothing left to do but say goodbye. But when the baby boy's life support was switched off, instead of death they got a miracle!

Samantha and Adam were at their home in the UK, doting over their newborn son, Harrison. But after a restless night, the 3-week-old became unresponsive. His appetite disappeared and he became "floppy" in his mom's arms.

Terrified, his parents called for an ambulance.

"He was taken by ambulance to Sheffield Hospital and they didn't even know if he'd make the journey," Samantha recalled. "It was touch and go."

At the hospital, doctors discovered Harrison had meningitis, a deadly infection. Try as they might, nothing they did made the baby boy any better.

"Harrison continued to deteriorate despite having antibiotics and after five days of trying to save him, doctors confirmed our worst fears," Samantha said. "He was going to die."

The heartbroken couple had their infant moved to hospice, where he could pass away in peace. But God had other plans for this little angel!

Once Harrison arrived at hospice, workers put him on a ventilator to keep him breathing long enough for his parents to say goodbye. Then, the time came and the baby boy's life support was switched off.

That's when God sent a miracle!

Instead of passing away, the little warrior kept right on breathing! It amazed his parents and the doctors.

"When Harrison's life support was switched off we never imagined he would continue to breathe," Samantha said. "We were all so heartbroken when we were told he wasn't going to survive, it felt like a real miracle."

"We were terrified but so thankful he had survived that we just took each day as it came," Samantha explained. "Harrison's brain scan results showed that he was completely brain-dead but we always hoped he'd defy the odds."

And that's just what this little angel did!

Harrison just kept growing and getting better, hitting each milestone just like any other kid. Now three, he's everything the doctors said he never would be -- a playful, healthy toddler!

"Looking at him now and watching him running around, riding his bike and reading books, it's amazing," Samantha says. "He has suffered some deafness in one ear and has mild cerebral palsy on his right side but you would never know by looking at him. Harrison is full of life and we can't believe how lucky we are to have him."

And life is about to get even better for Harrison. Samantha and Adam are expecting a baby girl. This miracle boy is becoming a big brother!

Harrison is proof that no matter how impossible the odds, God is the one who decides. Even in the darkest hours, He is the one in control!

“So do not fear, for I am with you; do not be dismayed, for I am your God. I will strengthen you and help you; I will uphold you with my righteous right hand.” Isaiah 41:10

A big sister blows kisses on a brain-dead baby and gets a miracle! 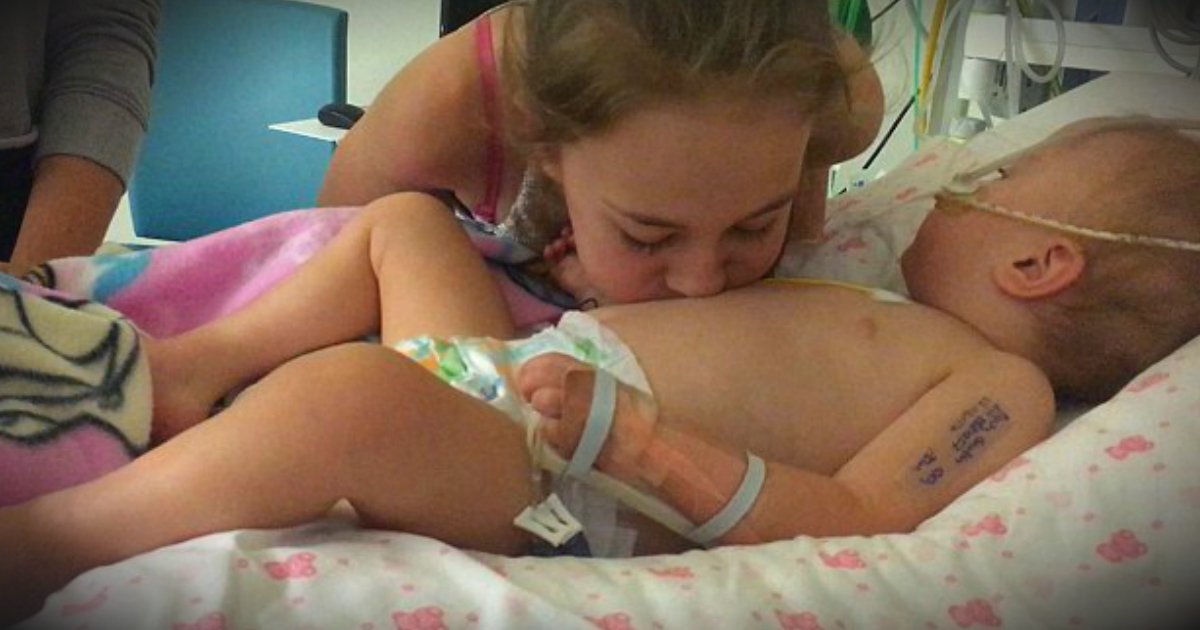