She Put Her Trust In God and Refused To Abort Her â€˜Disabledâ€™ Son!

For God, Nothing Is Impossible!

True faith can often seem a little crazy to those who haven’t fully experienced or accepted the power of God. And that’s because His power defies what worldly logic says is possible. So, when Courtney Mitchell refused to terminate a pregnancy that was statistically certain to result in the death of her baby and severe risk to her own, lots of people probably thought she was crazy. But God is not constrained by statistics or scientific laws. For God, nothing is impossible! 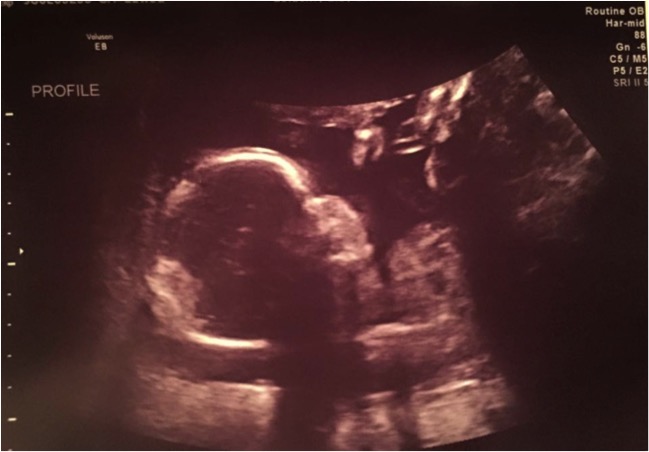 The bad news started at Courtney’s 20-week ultrasound, when doctors noticed odd pockets of fluid in her placenta. A high risk ultrasound was scheduled for the next day, where doctors delivered grim news to Courtney and her husband, Chris.

The tests showed that this was a partial molar pregnancy -- a genetic error that occurs during the fertilization process, resulting in the growth of abnormal cells alongside an embryo that has severe birth defects. It meant their unborn son, Eli, had only a 1% chance of surviving outside of the womb, and would have significant disabilities if he somehow did manage to live. 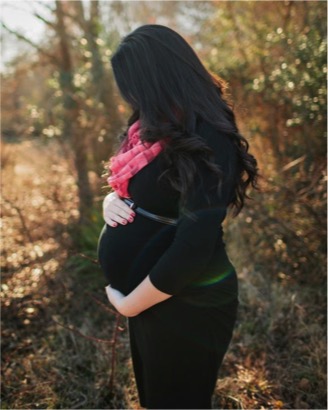 But that was not the only problem. The pregnancy also threatened Courtney’s life.

Doctors informed the couple that Courtney had cancer in her placenta that could spread to her liver, lungs and brain. She was also at risk of seizures, blindness and death. All of these risks would only increase as the pregnancy progressed, so doctors urged her to undergo an immediate abortion.

Here’s where things get “crazy.” Despite the serious risks and terrible odds, the couple refused the abortion.

“My husband and I are Christians and having an abortion goes against all that we believe in,” Courtney said. “We prayed and begged for the Lord to deliver me and my son.” 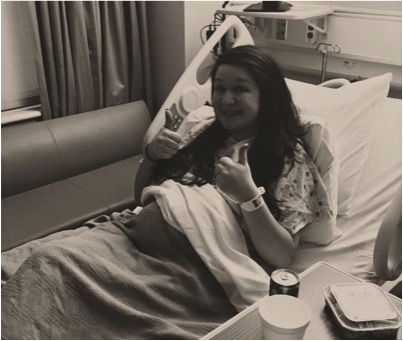 Doctors kept a close eye on Courtney. Though she felt sick, she says her condition was not as bad as it could have been. She had multiple doctor’s appointments each week and even spent a few days in the hospital, away from Chris and older son, Rhett. All she could think about was the fact that she may lose her son -- that Eli and Rhett may never get to grow up together.

But through it all, the family held fast to faith and prayer. They prayed for little Eli -- that Courtney would be able to make it to at least 24 weeks before delivering, since babies have a better chance of survival outside of the womb from that point on. 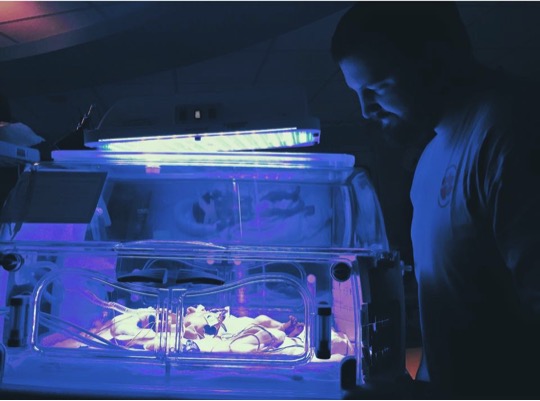 “…God not only gave us that, but allowed me to carry him until 30 weeks!” Courtney said. “I went into the hospital one night because I was feeling strange, on March 31, and all of my labs came back normal but they said that Eli’s heart rate was dropping. So, the next morning, on April Fool's Day, they delivered him via C-section. God truly used the foolish things of this world to shame the wise!” 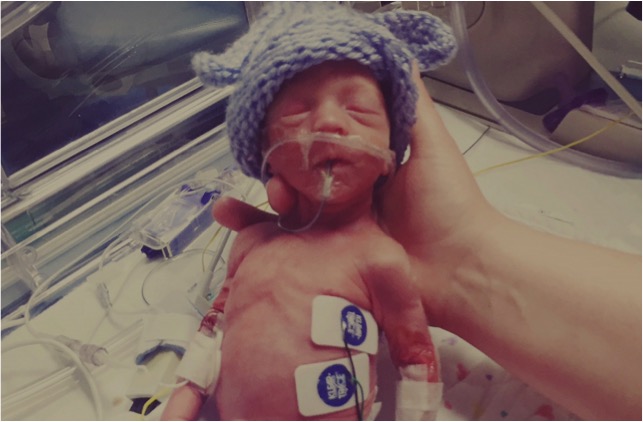 Precious Eli weighed 2 pounds, 7 ounces at birth. He was tiny, but completely healthy. All of his genetic tests came back entirely normal!

“…every time I look at him I am just blown away at the goodness of God,” Courtney said. 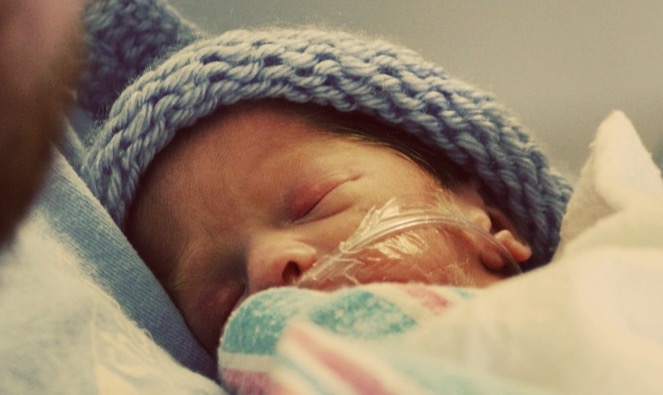 After 55 days in the neonatal intensive care unit, Eli finally went home to his family. Fast forward 8 months, and Eli is a happy, healthy and soon-to-be crawling testament to the power of God! 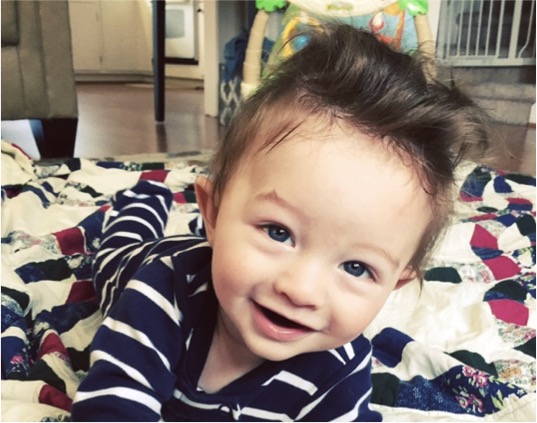 And his parents are using this gift to try to help inspire others who are considering the termination of life. The family recently shared their story at a public event to pray for unborn babies, their mothers, victims of abortion, abortion workers and others. Courtney says,

“If ever there was a reminder to choose life and fight for the unborn, this little guy is it. Can you imagine how many other precious little ones haven’t gotten that chance?”

Praise God for the miracle he performed with little Eli! This sweet boy clearly has a calling on his life, and his story is already touching the lives of others. Like Courtney and Chris, we pray that this miracle will be used to change the minds and hearts of others considering abortion. May they come to realize that all things are possible through God!

“When his disciples heard it, they were exceedingly amazed, saying, ‘Who then can be saved?’ But Jesus beheld them, and said unto them, ‘With men this is impossible; but with God all things are possible.’” Matthew 19:25-26

After being brutally raped, this woman refused abortion and has no regrets! 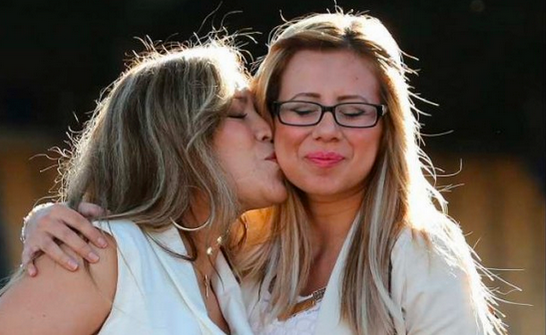 This mom of triplets was told to abort 2 of her babies, but then God stepped in!