Charles Gilliam, a homeless man, recently encountered kindness like no other he has ever seen before. However, the kindness of strangers wasn't focused on himself, but his loyal and loving companion, Big the dog. Charles and Big lived together on the streets of Los Angeles. Last month, Charles realized that Big, an 11 year-old mix, was terribly sick and needed medical attention. That's when he began asking passers by for help; thankfully, animal lover and activist Jasmine Dustin wanted to help.

"I met this homeless man sitting on the side of the street not begging for money but asking to help save his dog," said Jasmine. "Instead of collecting money he was handing out the vet’s card." 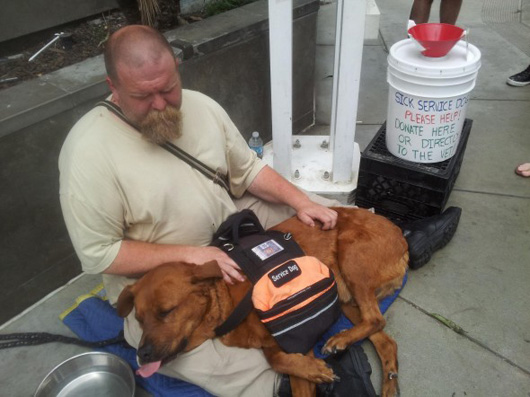 Not long ago, Big was a happy and healthy dog. He was energetic and loved living his life alongside his companion. However, Charles began to notice that the dog was lacking his appetite and energy. After a while, Charles took Big to a veterinarian in San Francisco. There, Charles discovered that his dog had an inoperable tumor and their only choice was to euthanize him.

Completely heartbroken but also determined to save his best friend, Charles began asking for help on the streets. The only thing he wanted was to save Big; Jasmine convinced Charles to visit Pet Care Veterinary Center Chesterfield Square with her. She knew there would be a way! Then, she took to social media to help raise funds for the pair; she even set up an online donation page. 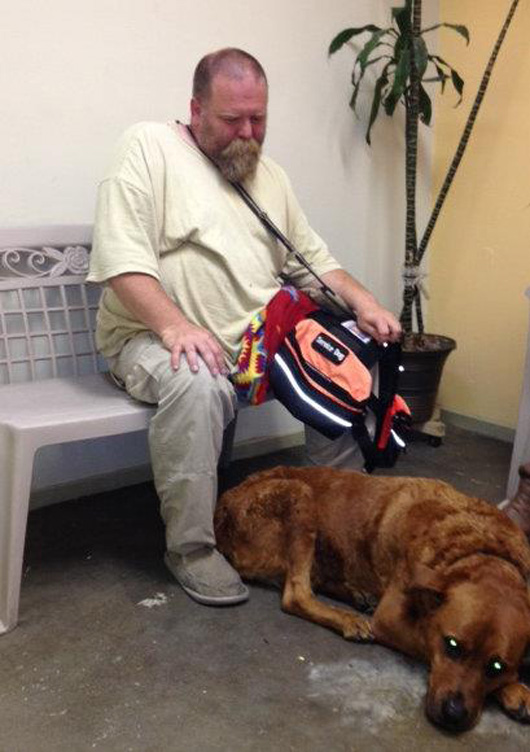 "Charles lives on the street with nothing but his companion Big," she wrote. "His dog is very sick and needs surgery."

Thanks to the donations from social media, Charles was able to bring Big to another vet and he discovered something wonderful: Big wasn't terminally ill! He had no tumors, but he dog did have arthritis and stones in his urinary tract. Because of Charles devotion to Big, he essentially saved his life!

The dog received a procedure that flushed out the stones, but now he needs special dog food so that he won't encounter the same problem again. Being homeless wouldn't allow for Charles to buy or carry the special food around... but he received yet ANOTHER blessing!

Charles was offered a place to live! Now, the pair live only five miles away from the vet in South Los Angeles. Jasmine raised over $1,500 for Big's medical expenses and she is also providing the dog with the special food that he needs.

If you want to donate and help Big, contact the Pet Care Veterinary Center Chesterfield Square. (You can call their offices at (323) 294-4030, or visit their location at 2009 W Slauson Ave, Los Angeles, CA 90047.) You can also donate to Cause4Paws, Los Angeles. Connect with Cause4Paws on Facebook.

God Bless Charles and Jasmine for never giving up on Big! Jasmine is truly an angel sent from the Lord, helping a homeless man and his dog survive when things looked terribly bleak. Take time out of your day to help another person; you won't regret it!