The Incredible Wedding That Will Make you Break Down in Tears

Wadad Zakaria, a terminally ill mother in the final stages of lung cancer, had only one dying wish - and it wasn't even for her own happiness. Her final wish was to see he only daughter be married.

Her daughter, Laurie Zakaria, knew she wanted to make it happen for her mother. So one day Laurie showed up in her beautiful wedding gown, glowing with the joy of a bride. Sitting beside her mother, they both felt sorrow and happiness. In fact, Wadad even slipped her daughter a smile.

And to Laurie, that was a miracle. 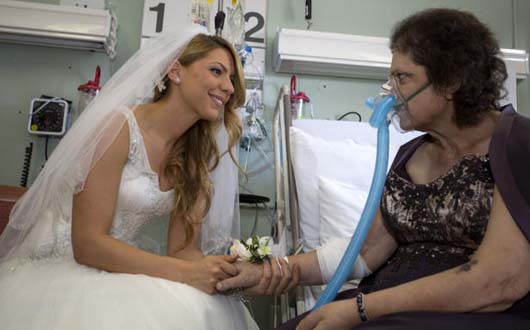 On that Friday afternoon, Wadad watched from a wheelchair as Laurie married Ahmad Obeid at Toronto’s St. Joseph’s Hospital. There were nearly 50 family members crowded into the hospital for the wedding - and there weren't very many dry eyes.

The wedding was supposed to be Saturday, but doctors worried that Wadad's health was declining too rapidly. To Laurie and her brand new husband Ahmad, the decision to move up the wedding date was the ultimate act of love that would live on after Wadad dies. Not only that, but the couple already loved each other deeply. 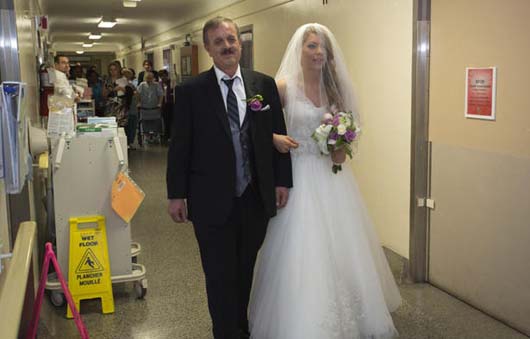 Doctors from the hospital called the Zakarias in the early morning on Friday, telling them to hurry to St. Joseph’s. Wadad’s oxygen levels were depleted, and she was expected to die at any moment. Miraculously, as the family members arrived to the hospital, Wadad improved and her eyes opened - she was breathing. 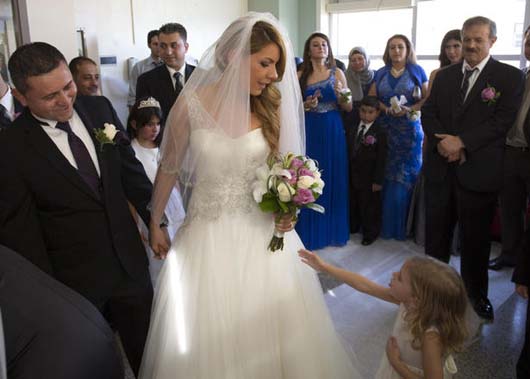 "I broke the news to her that we’re getting married in a few hours and asked if she could just hang in there," Laurie said. As an answer to that, a smile came to Wadad's face.

"He knows that it meant the world to me," she said after the ceremony, clasping Ahmad's hand, tears resting on her cheeks. "In a weird way, this situation proved it to me. It was important and he stepped up." 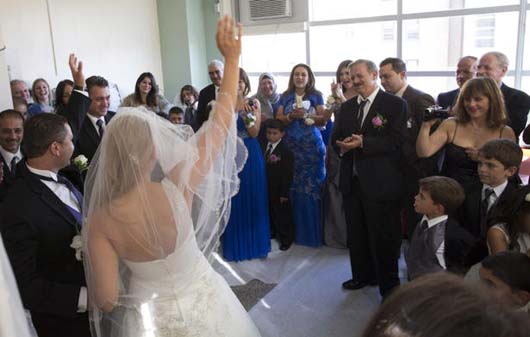 Less than 12 hours later, Wadad passed away. Although the family is in mourning, they also acknowledge just how miraculous it was that their mother was able to hold on just long enough to see her daughter begin her journey with her husband. God Bless you, Wadad.