This Newborn Photo Shoot Will Shock You. And Completely Warm Your Heart!

Mother and photographer Kelli Higgins wrote this sweet caption under a photo that she took, “Here’s my sweet not so little newborn! His name is Latrell and weighs 112 lbs,”

Just in case you’re confused, Kelli and her husband adopted 13-year-old Lattrell, and his 8-year-old little sister Chanya a little over two years ago.

The loving couple was already blessed with five small children, and a sixth little blessing was on its way when they sensed that their family still wasn’t complete. They felt in their hearts that they had more love to give away. They knew that that love belonged to older children that were waiting for families. 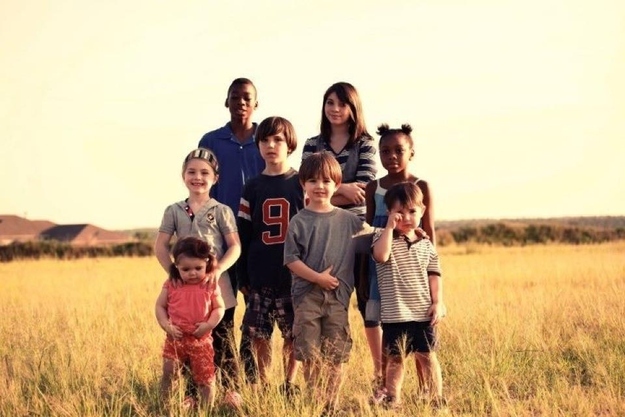 “These children, once they get past a certain age, they don’tfind homes and they age out of foster care,” Kelli said. “They have to figure out the world on their own and there’s no one to go back to as an adult. Where do you go for Christmas? It’s just horrible, it’s heartbreaking.”

On night while sitting around the dinner table Kelli mentioned a photo session that she had coming up with a family and their newborn baby. Latrell then spoke and said that he wishes that he had such precious photo memories to look back on from when he was a new baby.

That’s when his 12-year-old sister had and ingenious idea, she asked their mother if could recreate a “newborn” photo shoot for Latrell.

“I thought it was funny and that it would be a good idea,” Lattrell said. He and his new mother had the time of their lives while taking pictures; they had so many hilarious moments. He is so glad that so many others have enjoyed the photos as much as he has. 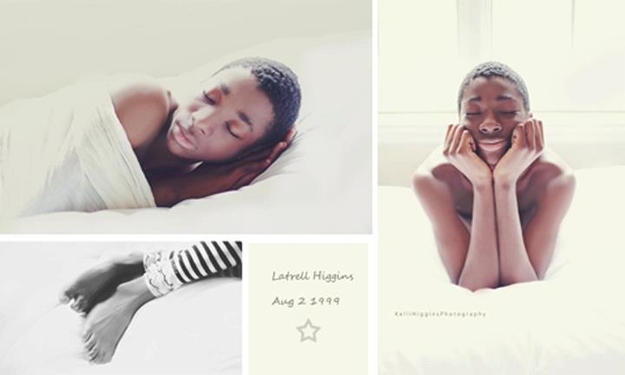 “I feel this has been such a fun way to spread the word about adopting older children and that they really are just “big babies” needing a mothers love,” Kelli said.

“We are never too old to desire love and security and parents!!”

We thank God so much for turning the Higgin’s family hearts towards Lattrell and his baby sister. This just goes to show that there is always more than enough room in our Heavenly Father’s family for anyone that wants to join it.