Linda Hartman was in a terrible car accident. If it wasn't for three guardian angels that showed up on the scene, her children would be without a mother. Those angels? They were soldiers.

Linda was a passenger in the car. She was riding home with a coworker from work when she fell asleep. The car slid on the icy road and flipped. Her friend woke her up during the crash, apologizing and telling Linda her legs were broken. She was bleeding badly. 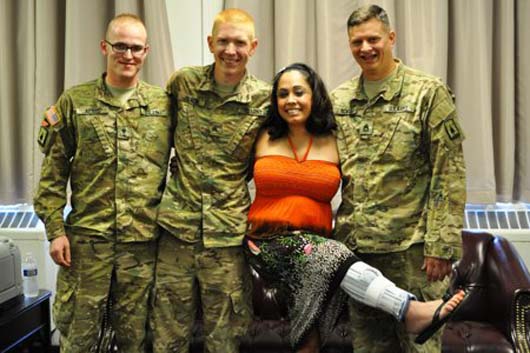 The soldiers who stopped to help just happened to have military medical training. Sgt. Mike Black was able to apply a tourniquet to stop life-threatening bleeding. He's even on track to be awarded the Soldier’s Medal, one of the highest military honors given for bravery in a civilian setting. 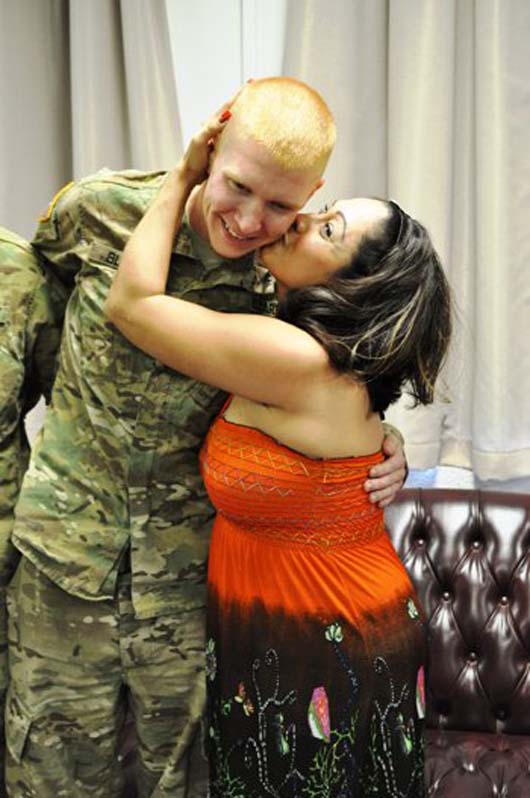 "I saw my right femur bone sticking out of my pants, and he was applying pressure," she recalls. "But at this point I’m still calm, and amazed, like, 'This isn’t happening.'"

The soldiers were tired and on their way home. However, once they saw the wreckage, they knew they needed to stop and help. The weather conditions were so terrible, it would take an ambulance a long time to reach the scene.

Upon seeing Linda bleeding out in the snow, Black recalls, "I saw how serious her condition was." He saw a "fair amount of blood" and realized that the bone had pierced her femoral artery. That kind of injury could cause a person to bleed out in only minutes.

He immediately began applying a tourniquet, as Richter sat behind Hartman and held her hand, he says. "The gravity of the situation really hit home at that point."

Luckily, the heroism of the soldiers and their quick thinking saved Linda. She faced complications since then, including a staph infection that forced a surgeon to remove the surgical rods, deciding between an amputation and a knee fusion (she chose the fusion, which didn’t take) and another infection; now she remains in casts awaiting a bone-graft surgery. The fact remains that without those soldiers, things would have been much worse.

God's angels are ALWAYS on time!