Have you ever had an "Oh no" moment? You know, the moment you realize you've made a huge mistake. For Chad Gelbert, it was when his wife, Natalie, said she was going to go get her wedding dress preserved. Chad flashed back to two weeks ago, when he took a bunch of stuff to the Good Will Foundation for donation. And his face went completely pale during that flashback, as he realized his wife's wedding dress was in that stuff! 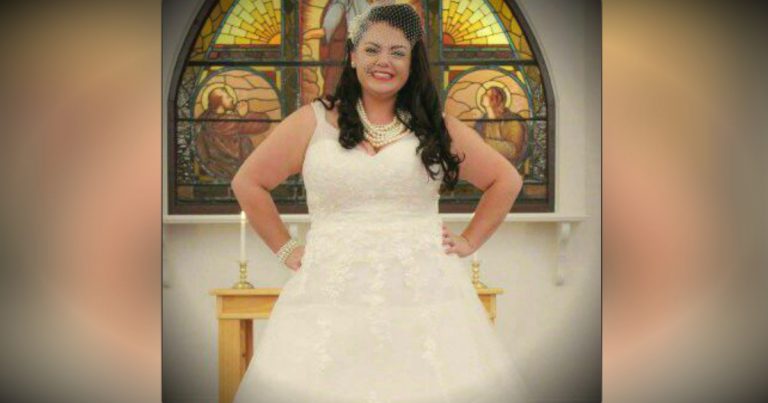 The thing is, it really was an honest mistake. And that fact brought Natalie back to her senses.

“I have a 7-year-old stepdaughter, and we were packing up all her baby stuff,” Natalie, 25, explained. “My dress was in the storage room. He put it in a bag for me to take to the cleaners to preserve it. But then he packed the car with the Goodwill stuff and went to drop it off, and everything was in the same-looking bag, and [he] didn’t realize he was dropping off my wedding dress.”

Still, her wedding dress was gone. And it was so much more than just a dress. It was full of memories -- something she hoped to pass on to her kids one day.

“The dress is dirty. It hurricaned on my wedding,” Natalie said. “But I didn’t care. I still went outside and the bottom got a little dirty. There is lipstick still on the side of it. I wore it and danced in it. Nothing will replace that being the dress I wore on my wedding day.”

Two weeks had passed since Chad donated his wife's wedding dress. And it was going to take a miracle to find it!

RELATED: Garbage men help a desperate wife sift through trash after she accidentally threw away her wedding rings

The Search Is On

The first thing Natalie did was go to the Good Will Foundation, praying the dress was still there.

She was too late. The manager recalled a dress like Natalie described. It sold for only $20 to $25 because "it was dirty on the bottom.”

The news crushed Natalie. She almost gave up hope, but then decided to give social media a try as a last ditch effort to find her missing wedding dress. She wrote about the situation on Facebook, pleading for help.

“We are actually still paying on it,” Natalie said of the dress. “I’m so, so, so upset and posting this in hopes whomever bought it might see this. I would really like to buy it back.”

Natalie's story quickly went viral. Dozens of strangers wanted to help. Some wrote in offering to buy a new dress for the person who'd purchased Natalie's. One lady even offered to buy the new owner the same dress at full retail price -- $1,000!

After about a week of searching, Natalie was miraculously reunited with her dress!

According to the Today Show, it turns out the wedding dress never actually sold. The Good Will Foundation discovered the dress stashed in the back of the store. They immediately called Natalie and Chad, who rushed over to pick up the dress.

"I was so happy!" Natalie said. She'd begun to think she'd never see the dress again. "As soon as I got home, I put it on and pranced around the house in it for a couple of hours."

And now that his wife's wedding dress was back where it belonged, Chad was able to breathe a sigh of relief.

"Now I don't have to apologize for it forever," he joked.

You can see Natalie get back her dress in the video below:

This bride’s ‘something borrowed’ is a 120-year-old wedding dress! 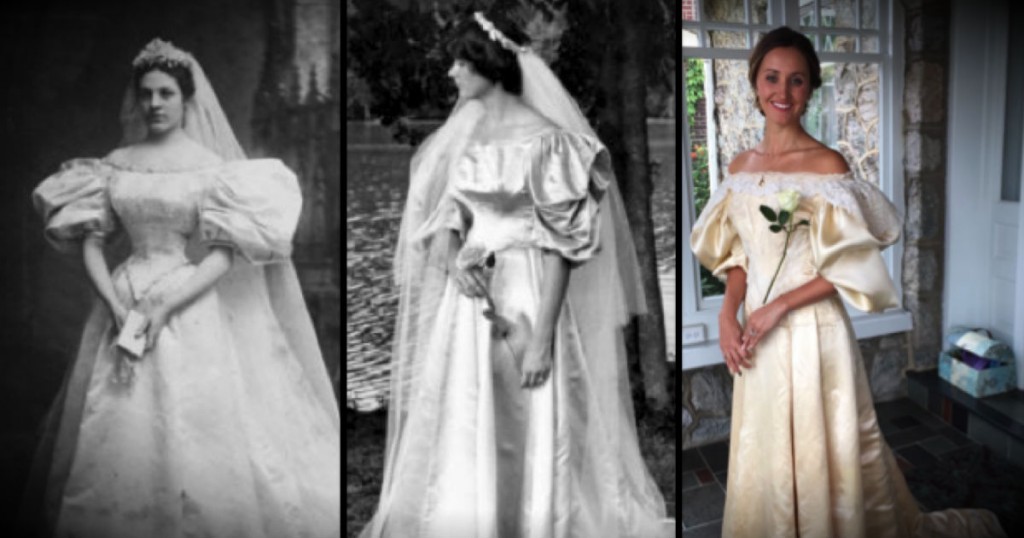