Woman Apologizes To Dolly Parton: 'I Used To Think You Were A Bimbo'

Amy Rawe is a 47-year-old single mom and writer. She's also human. So, she did something we're all guilty of doing from time to time. She judged a book by its cover. But after realizing her mistake, Amy wrote and open letter apologizing to Dolly Parton -- the person she'd misjudged. And her letter is a powerful example of just how much we can miss when making assumptions based solely on appearances.

Amy just didn't get Dolly Parton at first. She opens her letter with complete honesty:

"I’ll be honest. I used to think you were a bimbo."

What Amy didn't realize is that Dolly's trademark look is a testament to the singer's kind heart.

Dolly fashioned her stage person after the town prostitute. Everyone else in the town looked at this woman as trash. But not Dolly.

"All country girls have an idea of what glamour is, and a lot of them get that through magazines or movies," Dolly explained once in an interview. "But we didn’t get to go to the movies and we lived way back, so my look was inspired by the town tramp. I thought she was absolutely beautiful because she looked like a movie star to me, because she had those piles of bleached hair, red lipstick, nails and cheeks and high heel shoes. And people used to think it was a joke. I would say how beautiful she was, and everybody would say she is just trash."

As a little girl, the self-described "plain Jane" Dolly from a poor family saw something entirely different. She saw beauty. She saw a woman with the courage to be different, despite what everyone else thought.

So, when Amy first saw Dolly's look, she jumped to conclusions.

"I used to think you flaunted your big boobs, teased hair, tiny waist, and your syrupy-sweet southern accent to sell yourself and your brand as a country singer," she wrote. "Granted, I was raised in the Midwest and lived as an adult for many years in the Northeast. I didn’t get you, much less the South."

RELATED: Dolly Parton's beautiful performance of 'Coat of Many Colors' on The Voice

At the time, Amy's daughter was nearly two. And seeing the impact the monthly book had on her prompted the realization that perhaps Amy had been all wrong about Dolly Parton.

Amy started looking at all Dolly does -- all she's been doing -- with fresh eyes. She started seeing how a woman who came from nothing has now made it big. Yet, she's never forgotten her roots. From the literacy programs Dolly has set up, to the scholarships her foundation hands out, to the job opportunities and revenue the Dollywood theme park brings to the area -- Dolly is always finding ways to give back.

The "straw that broke the camels back," so to speak, was the singer's compassionate response to the devastating wildfires that swept through Gatlinburg.

"With each story, there’s a strong undercurrent of hope about how strangers helped one another and how this region is 'mountain strong.' Your generosity both reflects and inspires this region’s spirit and resiliency." Amy writes.

Dolly's benevolence hit Amy so hard, she felt compelled to write an open letter apologizing to Dolly Parton for just how wrong she'd been about her. In it, Amy shares how her daughter, now 9, asked what "Superhero girls" she admires. Amy sat down next to her daughter and said, "Let me tell you about Dolly."

"Dolly, I’m sorry I didn’t get you sooner—and I thank you for all you are, and all that you do."

It took a lot of courage for Amy to publicly admit she was wrong. And Amy's open letter apologizing to Dolly Parton is a great lesson on why we shouldn't judge a book by its cover. There's so much goodness that God has planned for us. And when we are quick to judge by this world's standards, we can easily miss out on the work God is doing -- on the work He wants to do in us.

Be sure to share this story so that it can inspire someone else to take a second look at someone or something they were quick to judge.

This young woman learned an important lesson in judgement after she asked a homeless man to watch her purse. 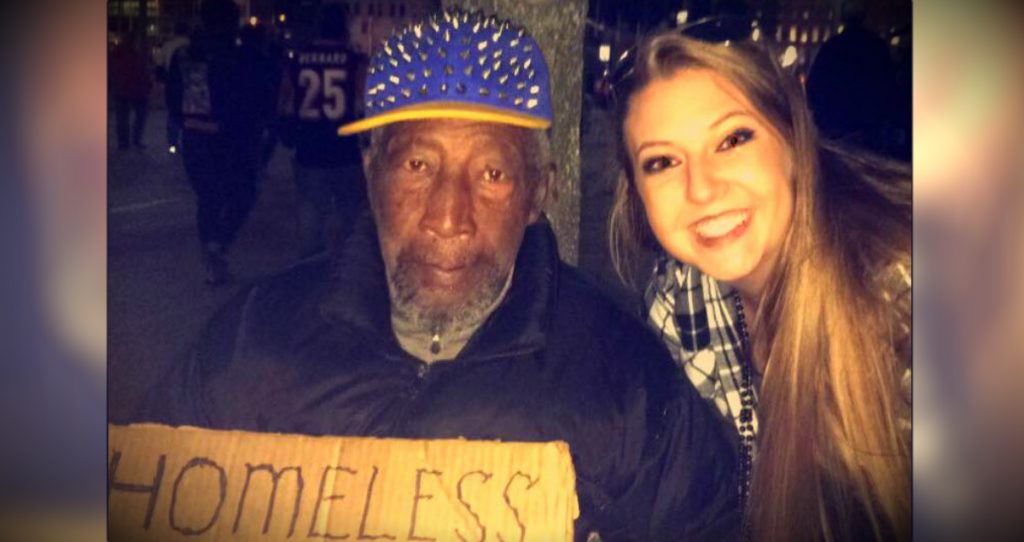