Owen Howkins is only 7 years old, but he has dealt with a lot in his life. Owen has a rare genetic condition that he is very self-conscious about. Owen suffers from Schwartz-Jampel syndrome. This is a condition that leaves his muscles constantly tense. The little boy became very withdrawn because he felt different from other boys and girls. He began to fear the outside world.

He was that way, at least, until he met his companion, Haatchi. 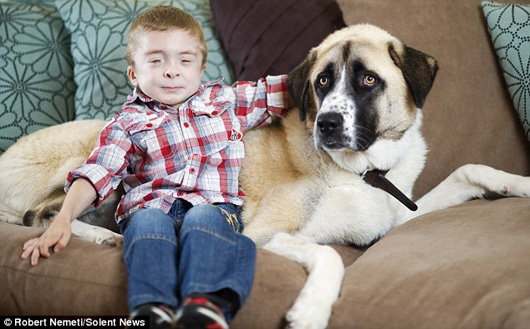 Haatchi is an Anatolian shepherd dog that the family rescued from a shelter. Owen identifies with Haatchi for a very special reason - the dog, too, had a rough life. He suffered horrific injuries after being tied to a railroad and getting hit by a train. The dog miraculously survived, but was left without a leg or tail. 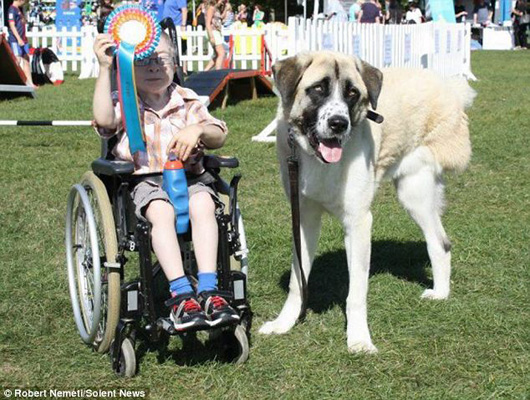 Haatchi was having trouble finding a home... until Will Howkins and Colleen Drummond (Owen's parents) saw a post about him on Facebook. They knew they needed to take the dog in and introduce him to Owen. 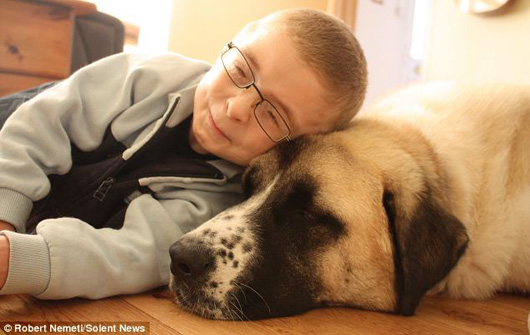 Colleen, Will's fiancee and a part of the family since Owen was only 3, said: "As soon as they met, the effect Haatchi had on Owen was incredible. Before his arrival, Owen didn't like going out." 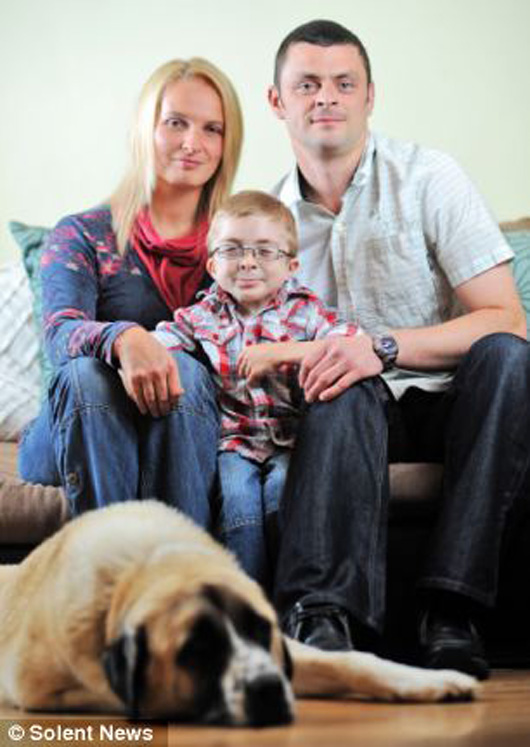 Owen also needs regular hospital visits, but instead of being anxious about leaving or having people see him, Owen cares more about his puppy. Haatchi even needs to take medicine, so the little boy happily will go to his own treatments, just so he can be like his dog. 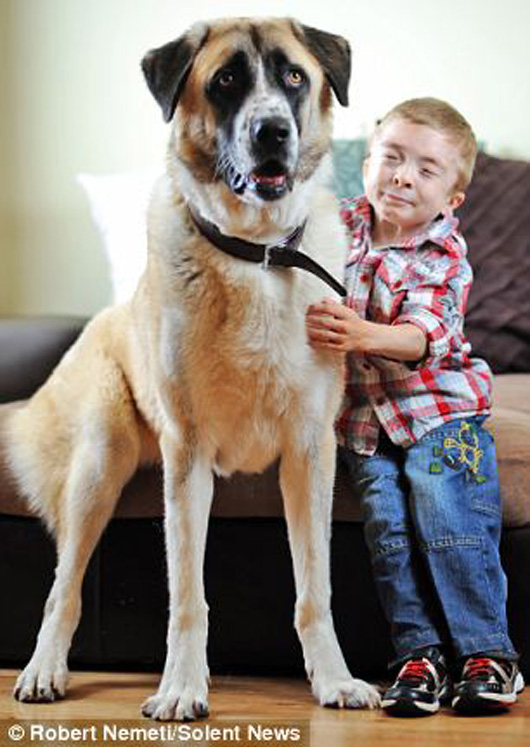 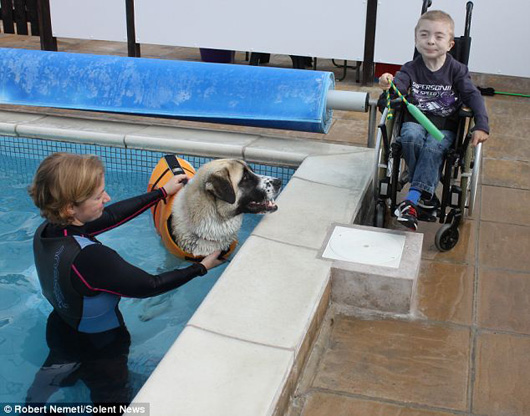 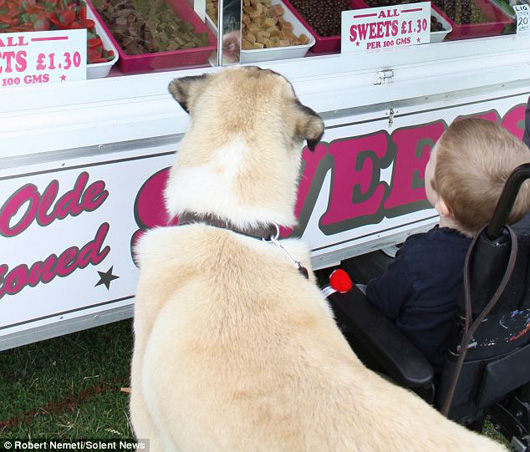 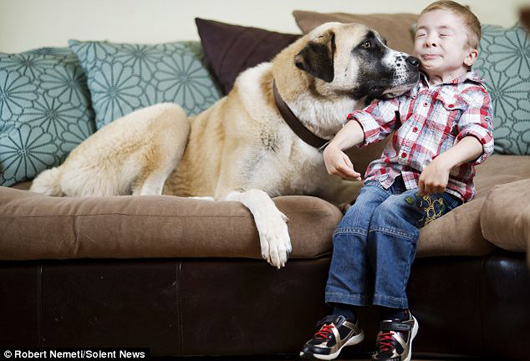 Before Haatchi, Owen wouldn't talk to strangers. Now, all he cares about is taking his dog out. He even goes to dog shows with Haatchi! The difference Will and Colleen see in Owen is miraculous. Haatchi's amazing survival and introduction to Owen is almost too good to be true. God Bless this wonderful family!