A Trip Into An Abandoned House Changed Her Life...TEARS!

An Abandoned House And An Unlikely Friendship

It takes a special kind of person to go exploring inside of an abandoned house. But that's exactly what Leslie does in her spare time. Known as "The Tourist" on Instagram, she regularly wanders around Ontario, posting photos from buildings and places that have long been forgotten. You never know what you might find inside, and Leslie made a shocking discovery in a recent expedition. And while your imagination may conjure up the stuff of nightmares, what she found is far more likely to warm your heart than to stop it!

One day, Leslie was out doing what she does best -- looking for photo ops amongst the buildings everyone else avoids. One house gave her every reason to believe that it was abandoned. The driveway was overgrown, the roof was caving in and the interior led her to believe the place had long been deserted. But to her surprise, she wandered into the living room and met Lawrence.

"He has a hard time getting around so he spends most of his time in there. Alone. He is missing his right eye and has cataracts infecting the left. Even after noticing a stranger essentially helping themselves to his life, he was nothing but sweet and kind to me. He was even nice enough to let me take his picture which I will always treasure.

He is a beautiful soul and I plan on visiting him a lot. I'm posting this picture in hopes that it will inspire at least one person to reach out to someone they may have lost contact with or perhaps just forgot about.

These old souls are still full of life and I feel blessed to have met this one."

Lawrence's story, but especially his kindness, really blew Leslie away. She decided she'd make some meals for him. But when she took the food by, she wound up staying for 3 hours, listening to the stories of his triumphs and failures.

"He breaks my heart and puts it all back together in the same visit :) he told me he suffered a stroke about a week ago. He said he couldn't move his hands.. It took him over 4 days to seek medical attention. This was just one of many heartbreaking stories I heard last night. He just needs a friend.. Someone to make sure he's okay .. Reassure him he is loved."

Leslie describes the evening with Lawrence as one of the best experiences of her life. She made plans to do it again, as well as decided she'd start doing some cleanup and repairs around the house in an effort to give him some of his home back.

Leslie kept showing up, and with the help of "a very generous company and a few awesome boys with big hearts and strong lower backs," she was able to make progress on the task of fixing up the man's home. It looks like Leslie's precious pooch, Violet, even chipped in!

The more time Leslie spent with Lawrence, the closer the two became.

"After a few recent visits to the doctors, it's apparent that his health is declining, rapidly. These may be the last few months I have with my friend and I plan to make them as comfortable and enjoyable for him as possible.

He's informed me of his funeral arrangements and has asked me to be there. I told him I wouldn't have it any other way. He shared something with me that will stay with me forever. He said the day I showed up was the best day of his life.

RELATED: Frat boys strike up an unexpected friendship with a little girl with cancer

As self righteous as I feel writing that, I understand how he feels. The best day of my life was when I met him. He gave me the chance to really do something for someone – an act of kindness with no expectation of reward. It's a rare opportunity and I'm glad I was able to accept the challenge."

As Leslie and Lawrence's incredible bond continued to grow, it became clear it was a godsend for both parties.

"A few weeks ago my friend asked if I would go to a church BBQ with him … Our first outing!!!

I was so happy he had asked me and couldn't wait to go. Tonight was our dinner date … The food was amazing .. Provided by the local farmers in the neighbourhood and way too much pie baked by all their lovely wives.

It was great to see him out of the house and around the people he's known his whole life. Driving home tonight I couldn't help but think to myself how lucky I am to have this opportunity to be a part of such a wonderful persons life.

My friend is truly a blessing."

Lawrence spent some time in the hospital, and was eventually relocated to a retirement home. Though he was sad to leave his house, Leslie reports that he's now safe, warm and doing much better. He's even making new friends at the retirement home!

But he still enjoys visits from his very best friend, Leslie, who brings along her pup, Violet. The two recently showed up to celebrate Lawrence's birthday, surprising him with a cake her mom had baked for him.

"I've never seen someone eat anything and enjoy it so much, cake all over his face, didn't want a fork lol."

God can do amazing things. All He asks is that we show up -- to be the ear that listens, the smile that brightens the day, the arms that give a much needed hug. God bless this beautiful friendship!

"Stand up in the presence of the elderly, and show respect for the aged. Fear your God. I am the LORD." Leviticus 19:32

Check out what this young girl did for a disabled veteran at Walmart! 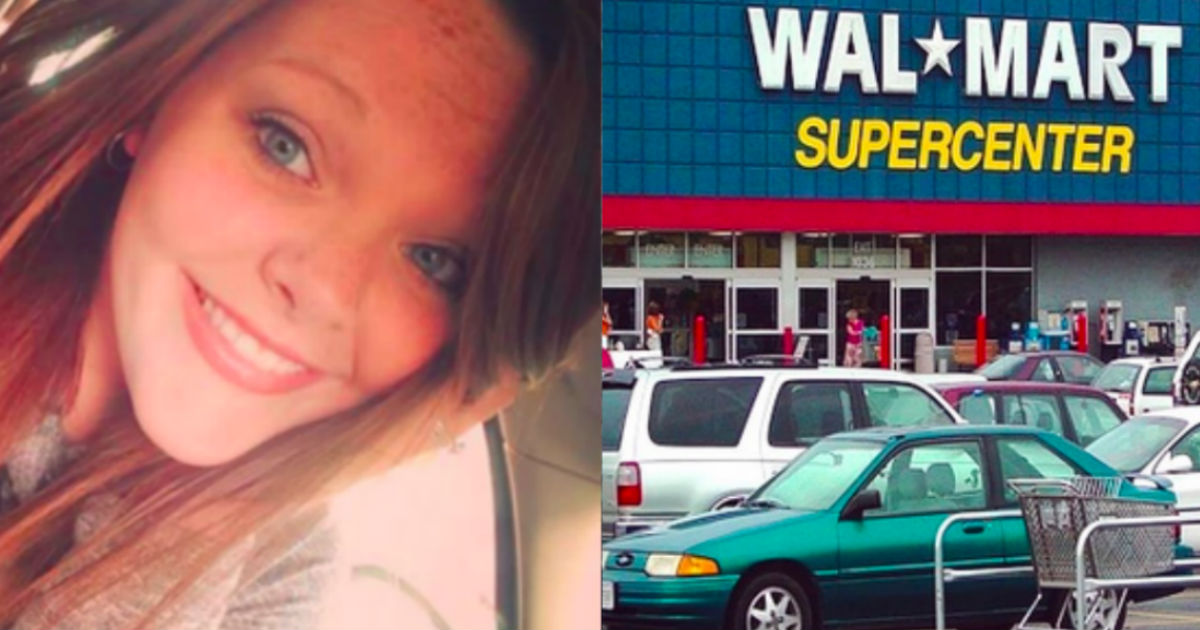